Staff favourites: the best features and op-eds of 2022 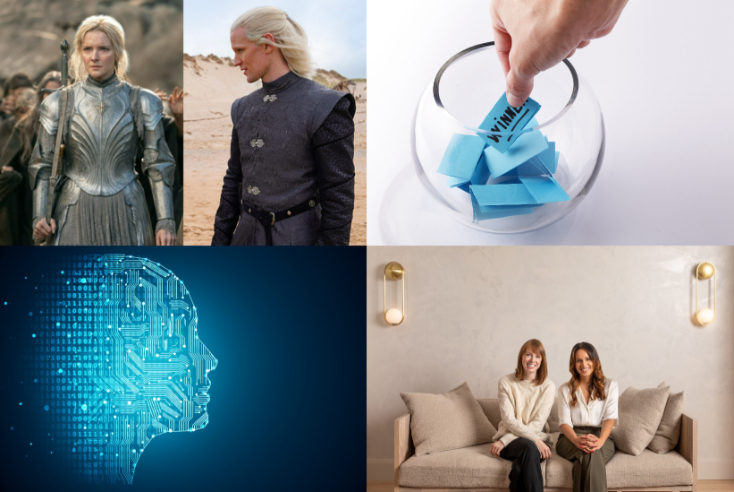 A selection of The Media Leader reporters' top picks of the year.

Throughout the year, The Media Leader‘s reporters have conducted interviews and crafted features about key topics across the media industry. Contained here is a selection of their favourites.

Also included: hand-picked op-eds from The Media Leader‘s columnists and contributors from throughout the year that may not have cracked the most-read list.

South Asian Heritage Month (SAHM) started three years ago and runs from mid-July to mid-August. The Media Leader spoke to specialist media owners, agencies, advertisers and diversity networks across the media industry who argued that brands need to do more to speak to the south Asian community year round, and should treat SAHM as a “primer” for their campaigns.

Is cycling the new media in golf?

Cycling seems to be all the rage among media execs and ad buyers, particularly over the last five years. The Media Leader spoke to media agency execs and media owners who are also keen cyclists to try and understand what is behind this two-wheeled trend and if it is more inclusive than golf.

This year, The Media Leader launched the Fishbowl interview series, posing 10 revealing questions every week to the media industry’s top media salespeople. The questions are drawn at random from our bank and contain some tricky posers set by the commercial chiefs themselves, but no one knows which question comes from whom until the article is published.

Passion, conspiracy, and friendly fire: the pursuit of cleaning up digital media

In trying to combat misinformation and disinformation spread by harmful actors online, an advocacy organisation, Check My Ads, and a trustworthiness ratings company, NewsGuard, have butted heads over their different approaches. The Media Leader spoke to both about the advertisers who inadvertently fund fake news, and what can be done to stop it.

The media industry has been thrown for a loop this month after ChatGPT, the latest chatbot from OpenAI, debuted. In this interview from August, ContentBot founder Nick Duncan sits down with The Media Leader to discuss the ethical implications of the inevitable growth of content-creating artificial intelligence.

‘There is no Plan B’: why ‘Madison Avenue Manslaughter’ author Michael Farmer says agency groups will break up

Editor Omar Oakes interviews Michael Farmer, who shares candidly why he believes media holding companies aren’t adding value to their agencies or clients, and why that may well result in their breaking up.

The British media has always had a class problem, but Bianca Barratt explains that unless the media industry puts serious resources behind diversifying routes into journalism, the public trust in the industry will eventually dry up altogether.

“It’s little wonder that just 35% of the British public trust the UK media (just 6% above Russia, whose media is controlled by a corrupt dictator, might I add) when the demographics of the people creating it do not reflect those of society itself.”

The roar of women’s pride must be heard (August)

At the time of the Lionesses’ victory in the Euros, Jan Gooding made the case for a major reset in the attitude of brands to the notion of sponsoring female sport in every sphere.

“If Alex Scott’s anger is anything to go by, those brands who are already involved have a massive opportunity to capitalise on their existing relationships. Those who come knocking on the door late can expect to pay a premium.”

Stephen Arnell took a closer look at two “budget-busting” fantasy prequel series that graced our screens earlier this year: Amazon’s The Lord of the Rings: The Rings of Power and HBO/Sky Atlantic’s Game of Thrones spinoff, House of the Dragon.

IPONWEB’s Tim Conley passionately argued for faster action to be taken by the media industry to help ameliorate the climate crisis, and provided a plan for action.

“There is much uncertainty ahead, but two things are clear: there is no time to waste, and no action is not an option.”

Advertisers must lead in combatting ‘replacement theory’ hate (May)

Raymond Snoddy advocated for advertisers to pull spend from Fox News following a mass shooting and hate crime in Buffalo, New York. Though the news cycle has moved on, the principle remains the same.

He writes: “Advertising boycotts are usually a bad idea, particularly when whipped up by single issue, online pressure groups. But advertisers should have a care about where their advertisements appear and have a particular responsibility to avoid the propagation of what turns out to be lethal ideas.”

Broadcasting law specialist Nick Swimer calls for increased urgency and new approaches to addressing the issue of ad fraud. “Considering the economic climate and likely rationalisation of marketing spend, financial waste must be avoided,” he writes.

“Advertisers must seek stronger contractual protections and not rely on industry templates and adtech being deployed. They should also be making more noise, shouting from the rooftops for the UK’s enforcement agencies to make ad fraud an urgent priority.”