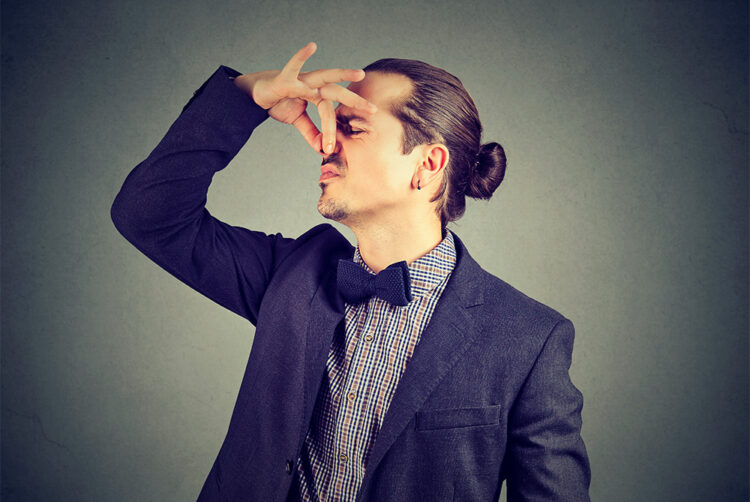 Unless the media industry puts resources behind meaningfully improving diversity in journalism, its class problem and public trust will only get worse.

The British media has always had a class problem, but what has become clear — as evidenced by recent, rather dismal statistics from the NCTJ  — is that over the last couple of years it has become even more snobby.

Evidence now shows that the number of UK journalists coming from the ‘highest social classes’ has increased to 80% (up from 60% in 2012 and 75% in 2020) and that just 1% of journalists come from families that work in ‘elementary occupations.’

Its conclusion? That there is ‘no real sign’ of an increase in the proportion of journalists coming from middle and lower social groups and, due to the nature of the beast, this under-representation is ‘likely to continue.’

Embarrassing? Yes. Surprising? Sadly not. One look around the newsroom I used to work in could have told me as much. And it wasn’t just there, either.

Friends who work for some of the most reputable glossy fashion magazines in the world have reported that not much has changed, even though it wasn’t long ago that new editors had promised to bring with them more inclusivity.

Whilst white middle-aged, middle and upper class men have long dominated the opinion, financial and political media sectors, it’s in these aspirational women’s lifestyle titles that I’ve also noticed a particularly acute form of snobbery. Young and almost exclusively white women, from titled families or those classed within the top 1% of earners, dominate their mastheads simply for already being able to live and uphold the kind of lifestyle they’re trying to sell to their readers.

When I first started working in the industry, I was (rather naively) surprised by this. Now, not so much. It is now quite clear to see exactly how this industry-wide classism has come about.

Many routes into journalism ‘dried up’

Routes into journalism have become more convoluted and less transparent over the last couple of decades and the reliance on internships as a foot in the door has only increased. In fact, media brands using a rolling roster of unpaid or only expenses-paid interns to fulfil roles that really need to be staffed is not unheard of.

Given that an increasing number of local newspapers have closed over the years and most media brands are now based in London, those media hopefuls who don’t live within the M25 (or, at the very least, know people who will put up with them for several weeks whilst they fetch coffee for an editor and try to eke 400 words out of a ‘when do the clocks go back?’ article) have little to no chance of taking them.

Once viable local routes into the profession have dried up and so many have, quite literally, been left on the outside.

And that’s the other thing about location. Of that top 1% I mentioned earlier, 55% live in London or the South East of England already, meaning that when they do finally get their first measly-paid gig, many young journalists have the option to live at home and save some extra cash.

When you add all this together, alongside the fact that 98% of new entrants to journalism have been educated to degree level or above, the simple fact is that journalism is an extremely costly industry to enter and one that many just can’t afford to.

Don’t get me wrong, I know not every middle class journalist had the Bank of Mum and Dad to fund their career — I can hear the cries of ‘I worked hard to get to where I am!’ from here. But even if that ‘working hard’ came in the form of networking rather than financial or location support, it is still a privileged position most likely associated with class.

After all, schmoozy drinks dos, used as a vehicle for opportunity, are 10-a-penny amongst the middle and upper class. And those cutesy stories of successful creatives, who broke down doors even after being told no, usually belong to those with an inherent belief that they belong.

The mortifying fact is, it’s not just a statistical problem, either. The working-class journalists who’ve spoken about the issue have shared some pretty harrowing stories of the classism they’ve experienced within the newsroom itself.

If these statistics don’t change, the equation will never add up. The media is meant to speak to and for the entirety of society, but if 80% come from an extremely privileged background, how on Earth can it?

It’s little wonder that just 35% of the British public trust the UK media (just 6% above Russia, whose media is controlled by a corrupt dictator, might I add) when the demographics of the people creating it do not reflect those of society itself.

Perhaps if the industry poured more resources into resolving this issue, it would be in a better position. As it stands, the media continues to act like an exclusive club — only allowing the privileged inside its walls — and in doing so, is slowly eating away at itself.

Because that’s the thing about those kinds of clubs — eventually, the public loses interest and once they have, there’s no power left in them at all.

Liz, Director, Advertiser, on 16 Aug 2022
“This article refers to how "the reliance on internships as a foot in the door has only increased". Unpaid internships are ILLEGAL in the UK under minimum wage legislation - unless the internship is an integrated part of a UK-based further/higher education course, school work experience, voluntary work for a registered charity, or pure work shadowing with no tasks to do. If you see an internship paid at any less than minimum wage, you should report it at https://www.gov.uk/government/publications/pay-and-work-rights-complaints”