Sustainability: our industry’s biggest ever brief 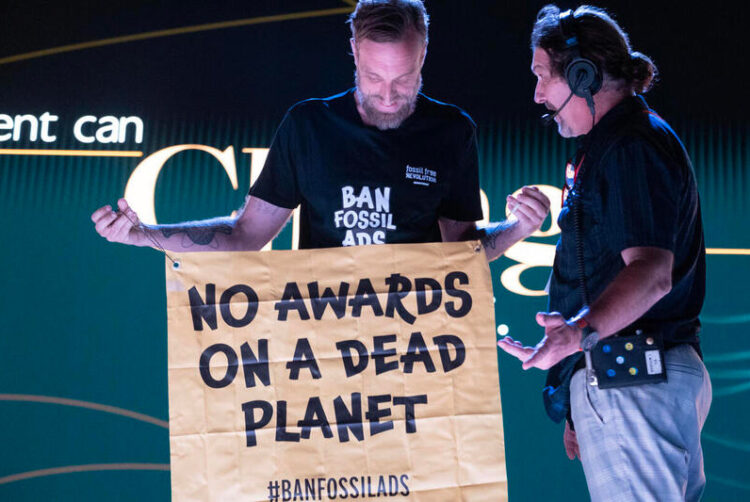 The climate crisis is rapidly becoming a key reckoning point for the media industry and environmental messaging is now table stakes.

In June this year, attendees at the Cannes Lions opening ceremony witnessed Gustav Martner, a previous Cannes Lions winner and now Greenpeace activist, gate crash the stage in protest about the advertising industry’s work with fossil fuel clients.  He was ejected and later banned from the festival, but Greenpeace campaigners continued to drive their message home, with activities including scaling the Palais and storming WPP’s beach.

These are perhaps the most high-profile event demonstrations (so far) this year, but the climate crisis and sustainability are becoming major talking points throughout the media industry.

And with Europe’s record-breaking heatwave and extensive wildfires, it’s not hard to see why this is a vital discussion and campaign topic.

The internet’s impact on the environment is now starting to be recognised; even two years ago, online activity was responsible for around 3.7% of global greenhouse emissions, which is more than all aviation emissions (2.5%).  Accurate newer estimates vary, but research undertaken by Good-Loop discovered that 5.4 tonnes of carbon dioxide are emitted by a typical ad campaign. (One third of what an average US consumer produces a year.)

Drastic changes clearly must be made. But what can the industry do to make sure that sustainability rapidly becomes part of digital marketing’s DNA?

The industry needs (and appears to be starting to) recognise that this is not the latest fad or a marketing trend—it is a necessity.

Governments around the world are setting emissions targets for their countries; putting aside whether or not these commitments can or will be met, industries—including the digital advertising sector—should be following suit.  Not because it is a way to avoid legislation in the future, but because it is the right thing to do.

These targets need to be built on agreed, standardised measurement and KPIs that are adopted industry-wide. The goal should be net zero, with science-based targets acting as milestones along the way. (Net zero is important here as it requires making changes with the aim of a 90% reduction in emissions and only allows offsetting of 10%; carbon neutral refers to not increasing emissions.)

The current state of play includes some major initiatives which have been significant in kick-starting progress, including Ad Net Zero which provides a plan of action for the industry, and carbon calculators from Good Loop, the IPA Media Climate Charter and Essence, but this is an occasion where the market needs to consolidate.

The agency holding groups are also looking into this. WPP is setting 2025 and 2030 as targets for net zero carbon emissions for its own operations and its supply chains, respectively. In July this year it announced a first-of-its-kind model driven by GroupM and aimed at standardising the way carbon is calculated across its own companies. Aligned with the Greenhouse Gas Protocol (GHGP), and scheduled for Q4 this year, the tool will also be available for external organisations looking to decarbonise the media supply chain.

Setting targets and measuring carbon output is the start; these activities need to drive changes in behaviour with a focus on advertising techniques that require less carbon.

Supply Path Optimisation (SPO) is usually discussed within the theme of making the digital media trading process more efficient by bringing buyer and seller closer together. But it also has a key role to play in sustainability discussions, because reducing the number of intermediaries (or cutting off redundant supply paths) leads to fewer bid requests flowing back and forth between buyers and sellers, which results in less computing power being consumed and a lower carbon footprint.

Efficiencies should not be limited to just supply paths; data usage (or wastage) should also be front of mind for all digital traders. Every piece of data sent within the bidstream has a carbon footprint, and consequently data efficiency should also be considered when planning campaigns. For example, is all the data being used or is there data wastage that is causing unnecessary carbon emissions?

Advertisers should also try to optimize towards smaller file sizes which have less impact on servers and overall carbon footprint. Likewise, as highlighted in research from IEA, streaming video creatives should also be considered instead of downloads as streaming is far more efficient with a lower impact.

It’s encouraging to see many players in the ad tech space also starting to build solutions that contribute towards these goals. For example, OpenX offers carbon neutral campaigns while companies like GoodLoop and Sharethrough offer green media deals that measure emissions and offset those with donations to green charities. Moreover, companies like Scope3 are looking to enable carbon-aware business decisions through independent emissions measurement, reporting and offsetting. We should expect—and demand—more action and engineering muscle from adtech (big and small) in helping to solve the problem of carbon emissions in digital advertising.

The climate crisis is rapidly becoming a key reckoning point for the advertising industry, from both a creative and technical perspective, and environmental messaging is now table stakes.

Every player has a role to play in terms of their own internal activity as well as ensuring their supply chain links are carbon clean.

There is much uncertainty ahead, but two things are clear: there is no time to waste, and no action is not an option. 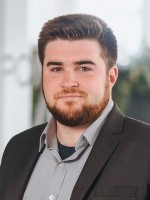