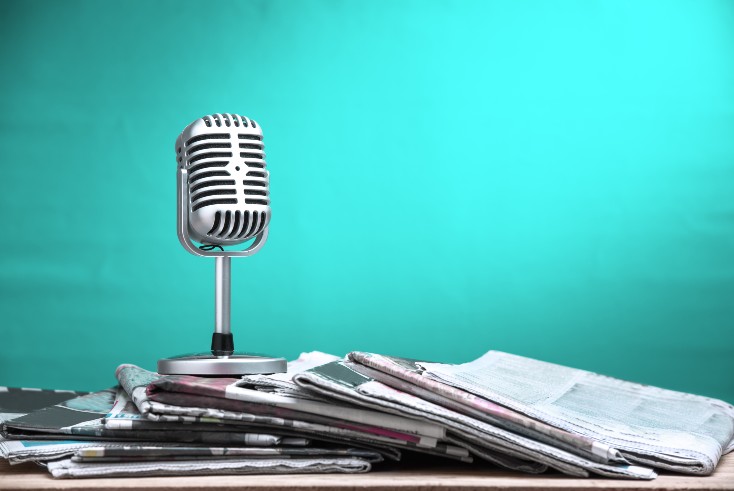 The Media Leader prides itself on being the home for thought leadership within the media industry, and throughout 2022 the publication has fielded exceptional opinions and perspectives from a number of columnists, industry veterans, and fresh voices.

Curious which were the most popular? Here are the top 10 most-read opinion pieces from the past year.

Reconsider GB News? I did, and here’s what happened (November)

Broadcaster Stephen Dixon discusses why he left Sky after 21 years to join GB News to present Breakfast with Stephen and Anne. One thing that stood out, according to him: “this channel was for all people in Great Britain and Northern Ireland, not just the London elite”.

Editor Omar Oakes reflects on a “hyperbolic take” on the popularity of NFTs at this year’s Cannes Lions. He writes:

“We are facing a crisis of trust in institutions. We have become so mistrustful of elites, politicians, bankers, corporations and yes, even journalists, that we are in a mode of being seduced by the power of technology to do things for ourselves.”

“She certainly comes across as a woman who knows who she is, with the confidence to follow her instincts and sharing the fervour of the partners to transform the whole operation so it is still here in 2125, and so is the planet.”

Yes, we get ad fraud is a huge problem. We just don’t care (June)

Editor Omar Oakes reflects that spend lost on ad fraud this year is expected to be more than the annual GDP of Ukraine – “a country that knows a thing or two about being victims of disinformation lately”.

So why is the story being underreported in the trade press?

“This industry just doesn’t care and the stories won’t get widely read.”

Wavemaker UK managing partner Eleanor Brown writes about the challenges faced by media planners trying to reach light television viewers with a single advertising exposure without reaching heavier viewers many times over. And how to do it despite the increased audience fragmentation courtesy of the abundance of TV channels.

“Delivering on return on investment is pivotal, but as consumers’ time is spread thinly across new platforms and devices, effective media planning will more carefully consider the audience, time spent and messaging frequency.”

“In an era when violence/abuse against women in the UK (and lack of progress in combating it) is the increasing focus of attention, one wonders whether the dramatic TV reconstruction of murder/rape/abduction is advisable. Or indeed right.”

How to resolve the attention paradox (April)

He concludes: “[A]ttention does matter, and it’s important to optimise towards it for campaigns that have a clear rational message or short-term outcome. But it doesn’t matter for every campaign – for campaigns that are primarily about brand metrics such as mental availability, focus on getting your distinctive assets right and let your System 1 mode do its work.

Some takeaways: audio is underinvested in in terms of short-term ROI, while TV remains the winner in the long-term.

Demystifying CTV in the UK (July)

Matt Hill lays out the state of CTV in the UK, noting that despite the noise, recent data suggests its viewing popularity is actually still quite small.

“This is not to say that it will remain this way forever, though. It’s a growing market, and Pluto, Peacock, and Freevee benefiting from the cross promotional power of their parent companies, who all have established content offerings in the UK, are ones to watch.

“However, at this point in time, the AVOD market in the UK is still very much in its infancy.”

10 principles for new media planners (May)

Be inclusive in your representation, plan across the whole funnel, seek sustainable options, pay attention to attention, and measure, test, and measure again.

Attention elasticity: the Attention Economy’s chicken and egg question (May)

Does creative catch your eye and determine how many seconds of attention you pay? Or does the platform set the rules?

Professor Karen Nelson-Field finds that the best “good” creative can be expected to achieve is limited by the amount of attention paid to a given platform or format.