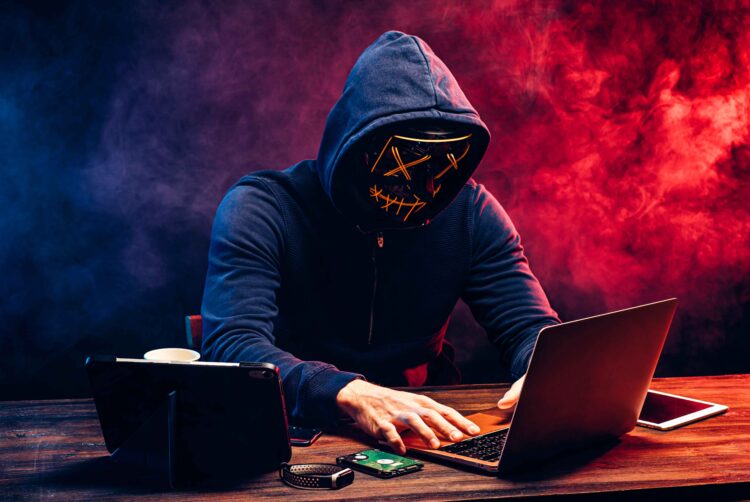 Advertisers must seek stronger protections and shout from the rooftops for regulators to make ad fraud an urgent priority, writes broadcasting law specialist Nick Swimer in a new regular column for The Media Leader.

With digital display advertising accounting for 55.5% of total advertising spend in 2022, it is no surprise that it has become a crucial element in every marketing and advertising toolbox.

Advertising and marketing budgets are beginning to feel the effects of a looming recession – a recent survey of 250 UK CMOs from ecommerce customer engagement platform SALESmanago showed that 74% of CMOs have already had, or will have their budgets cut.

As budgets fall, it seems that many will favour digital over ‘offline’ media: a recent ISBA survey found that over two thirds of the UKs biggest advertisers are cutting back on traditional TV and turning to digital.

However, despite the apparent benefits of digital, there exists a huge amount of waste. Interestingly, 49% of CMOs involved in the SALESmanago survey reported that they didn’t know if they received significant ROI from their marketing investment – or more worryingly, received none. When we look at the problems plaguing digital advertising, this finding becomes less surprising.

83% of consumers’ total time online was spent on the top 1000 domains in July 2020 – according to a market study report by the Competition and Markets Authority (CMA). The same research showed that total UK spend on digital display advertising in 2019 was £5.5bn. The ISBA and PwC study in the same year highlighted that the participating advertisers appeared on an average of 40,524 (mostly non-premium) websites.

This begs the question – what is the rationale for brands spending a huge part of their digital advertising expenditure on second and third-tier websites where the UK population isn’t spending any of their time, or likely giving any significant degree of attention when they are? Is this something with which CMOs acquiesced in setting out their programmatic strategy, and if so, what was the thinking behind the benefits that accrue to appearing on this extremely long tail of low rent websites?

Alternatively, this may rather be indicative of a lack of careful consideration and planning by the agencies – which is quite possibly driving a second epidemic into the heart of the sector.

Ad fraud has emerged as one of the advertising industry’s key issues this year. With $68bn in digital ad spending expected to be lost globally to fraud in 2022, it’s a quickly escalating issue and must be urgently addressed.

The issue is wider than businesses missing the mark on their target audience. The lack of transparency is costing businesses millions and driving false impressions, which in turn is undermining trust in the industry.

Ad fraud can take many forms, including non-human traffic, real or spoofed websites, or users being paid to visit a certain website or app (so-called ‘click farms’).

In 2021, Aleksandr Zhukov was sentenced to 10 years in prison for the Methbot scheme. When the operation was at its height, between 200 and 400 million video ad views were faked per day, with over 2,000 servers and 650,000 residential IP addresses used. The CPM for video ads was relatively high – from $3-$36 – and the scheme brought in up to $5m in ad revenue for its operators every day. Overall, the operation spoofed more than 6,000 domains with over 250,000 URLs.

And in August 2020, Terracotta advertised a free pair of shoes in exchange for downloading the app and filling in your details, but the real free ‘product’ turned out to be a payload of ad fraud malware that was produced simply to generate fake impressions.

Dr Augustine Fou – industry anti-fraud provocateur – raised wry smiles earlier this year when he posted a chart showing that an alarm clock app was seemingly selling more ad impressions than ESPN, and nearly as many as Hulu and Spotify.

Unsurprising news. Clearly, we all download alarm clock apps instead of using the in-built one on our smartphone and then – even after the alarm has woken us up – proceed to stare at it for hours to gorge on ads.

Whilst adtech can be deployed, and with this there may be a reduction in ad fraud, fraudsters still see an opportunity. The potential solutions need to be more comprehensive, especially given the proliferation of new, alternative forms of fraud that are difficult to detect: ad slot refreshing, pixel stuffing and malware.

Industry estimates as to the level of fraud vary – those who suggest a conservative 1% are given short thrift by others who believe it operates at well over 60%. The spend base is so large that the true number is almost irrelevant. Whatever the actual percentage is, it translates to a considerable amount of money, and the industry cannot – and should not – take comfort from any indicative low percentage number.

A call for new approaches

Instead of focusing on brand exclusion lists, media buying request for proposals (RFPs) and template media buying agreements should focus on where to appear and pricing commitments must be contingent on campaigns appearing on the right websites.

Campaigns must be analysed to ensure that these have been adhered to, without any impressions being ascribed to general buckets of non-particularised long tail non-premium websites and apps.

Ad fraud is not an issue that occurs in isolation. According to a new industry coalition to raise awareness of advertiser funded crime – the UKSAFC – it operates hand-in-hand with poor brand safety, disinformation (including state sponsored) and organised crime.

Considering the economic climate and likely rationalisation of marketing spend, financial waste must be avoided.

Advertisers must seek stronger contractual protections and not rely on industry templates and adtech being deployed.

They should also be making more noise, shouting from the rooftops for the UK’s enforcement agencies to make ad fraud an urgent priority.