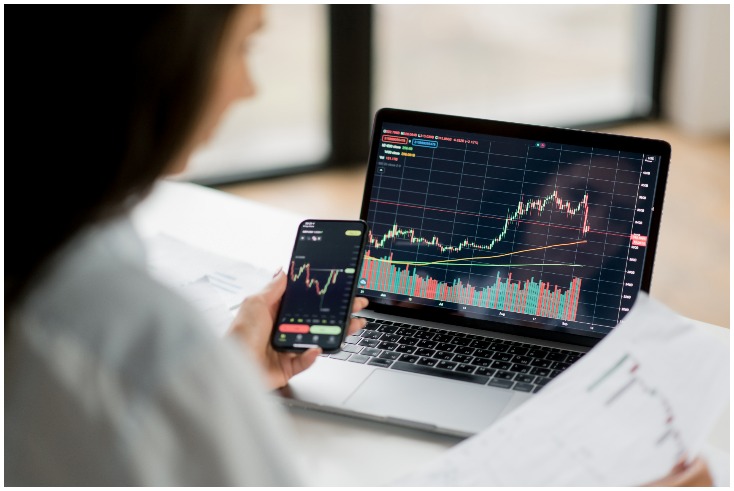 The sharp decline in growth expectations is mainly attributed to a decline in China, which GroupM now predicts will see ad revenue drop 0.6% (it previously predicted 3.3% growth in China in June).

The Chinese government has kept several major urban centres under lockdown throughout the year as the nation continues to pursue a ‘zero-Covid’ strategy of pandemic containment. Domestic protests against the Chinese government have sprouted in recent weeks, which has caused China to at least temporarily amend some of its public health policies.

US ad revenue growth was also revised down three points from 10.1% to 7.1%. The two markets are predicted to comprise 55.5% of all ad revenue this year.

Overall, 31 markets saw their expectations downgraded, 21 were upgraded (some of which may be due in part to inflation), and 10 made no change from June. IPG Mediabrands’ Magna also downgraded its forecast earlier today. 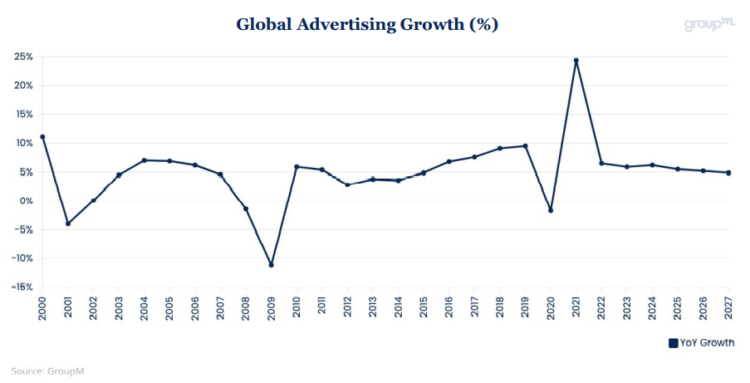 Looking into 2023, GroupM now predicts 5.9% global advertising revenue growth. Notably, this is behind the International Monetary Fund’s (IMF) expectation of 6.5% global inflation next year. This is particularly exacerbated in countries such as the UK that are seeing even higher double-digit inflation figures and where GroupM expects lower (5%) ad revenue growth.

GroupM is sure to point out several drivers for “cautious optimism”, however. Namely: GroupM’s analysis finds that areas of large decline are relatively limited to “select channels” in “select markets”; large advertisers have continued to see resilient revenue gains thus far; unemployment remains low and new businesses are still forming at high clips; and digital growth (both pure-play and as an extension of traditional media) remains robust.

When pushed by reporters in a media briefing on GroupM’s relatively bullish framing, global director of business intelligence Kate Scott-Dawkins cited research she conducted showing that advertising has historically been at least partially decoupled from sharp declines in GDP during recessions. She further pushed back against ‘doom-and-gloom’ media narratives of increased unemployment, particularly regarding a high degree of layoffs in tech and at some entertainment companies.

Rather, according to GroupM’s report, retail consumers and job markets have generally been resilient, though she conceded high growth digital companies, especially cryptocurrency exchanges, have been forced to reduce adspend (particularly in digital and TV) amid a higher interest rate environment, while companies like Meta and Snap are seeing challenging market shifts toward competitors like TikTok.

Digital is still expected to grow by 9.3% this year (a downgrade from GroupM’s 11.5% June growth forecast). That would mean it would account for two-thirds (67%) of all advertising spend, a market share which they expect to rise to 73% by 2027. While Scott-Dawkins said digital advertising was “decelerating”, it was not necessarily “declining”, instead referring to the phenomenon as “maturation” following high growth rates during the pandemic.

Much of the growth in digital is being led by strong expansion of retail media, which is now expected to drive $110.7bn in global revenue this year (a previous September estimate placed it at $101bn). Outside of retail media, GroupM expects digital ad revenue including search, video and display to “decelerate from double-digit growth to mid-single-digit growth over the next five years”. 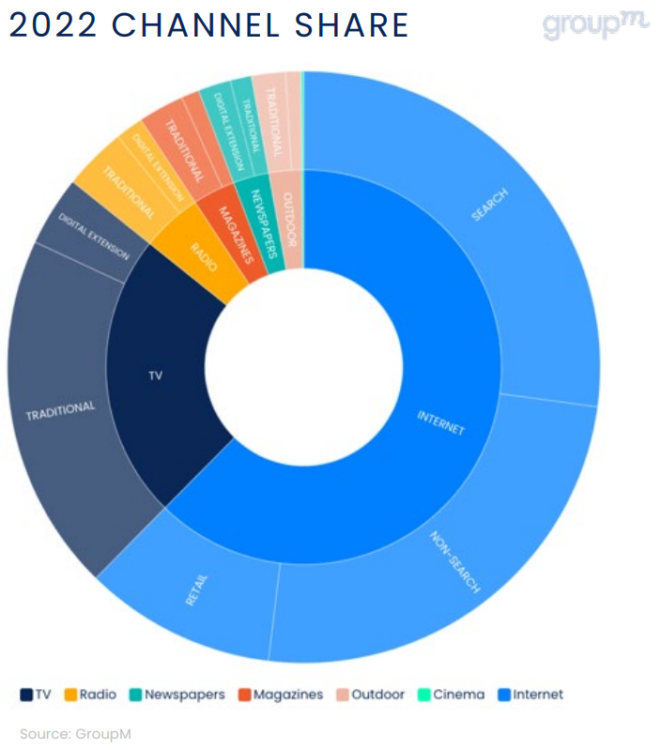 Regarding traditional TV, GroupM now predicts fewer than half of all US households will be reached by all pay TV providers combined in 2025. Instead, the company expects the popularity of connected TV (CTV) and the various streaming services it hosts to continue to grow, though the pace of streaming investment has been made uncertain as platforms like Disney+ continue to haemorrhage money while some advertisers have levied criticisms of Netflix’s current ad offering.

Global TV growth rate for 2022 is now expected at 1.7% (excluding US political advertising), with expected growth between 1%-3% over the next five years. CTV is expected to “narrowly” offset declines in linear TV markets across the globe, with expectations of double-digit growth. However, GroupM anticipates the “vast majority” of CTV growth to come from shifting shares of existing TV budgets. Scott-Dawkins told reporters she does not expect the launch of ad tiers by Netflix or Disney+ to substantially alter the TV market in 2022, but expects a “share shift” rather than a “pie expansion” in the future. That is in opposition to Magna, which expected a “grow the pie” scenario as a result of added AVOD options.

Excluding China, global out-of-home (OOH) growth will amount to 18.1% this year; including China, which comprised the largest OOH market over the past six years, revenues will grow just 2.2%, exemplifying the drag on global economies caused by the country’s ongoing lockdowns. GroupM does not project China’s outdoor advertising market to return to pre-pandemic levels within the next five years.

Globally, GroupM now estimates that OOH will surpass 2019 levels globally in 2024, led by strong post-pandemic recoveries in the US, Brazil, Australia, and France.

Audio is projected to grow 3.8% globally this year, which GroupM expects will decelerate to just 1.3% growth in 2023. Notably, digital audio now represents nearly a quarter of total audio ad revenue and is expected to continue to grow by double-digits this year and next, roughly offsetting the decline of terrestrial radio expected through 2027.

Meanwhile, traditional print continues to decline, dropping 7.4% in 2022, though digital extensions are forecast to make up nearly half of total revenue this year and more than three-quarters of revenue by 2026. If it continues in its current trajectory, print revenue will fall to near parity with OOH by 2027. However, GroupM points out that traditional publishers have been diversifying their offerings and revenue streams such as with live events and podcasts.

GroupM also described that the impact of political advertising in the US has provided a significant boost to a number of local media channels this year, namely TV, OOH, and audio. 2022’s midterm ad revenues increased 90% compared to 2018 to reach $12.6bn. The report notes that figure is just $500m less than was spent during the 2020 presidential election.

How we should treat GroupM, IPG and Zenith forecasts