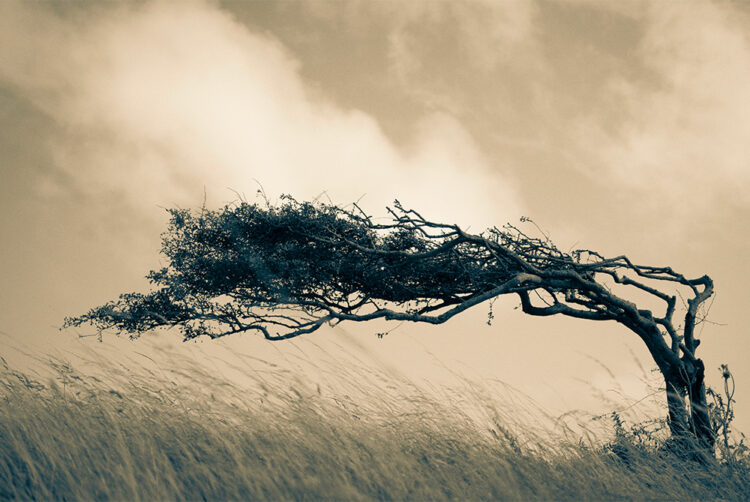 Over the last few days, my LinkedIn feed has begun to swell with well-meaning but foreboding messages about the impending recession and the prospect of advertising and media professionals losing their jobs.

Paul Frampton-Calero, the former Havas Media UK CEO who now runs the consultancy ControlVExposed, reminded his thousands of LinkedIn followers not to “underestimate the stress and anxiety at a time of 10% inflation… I know when I left Havas and was in between jobs I was at my most vulnerable and anxious”.

His successor, Matt Adams (who since left to join digital marketing agency Brainlabs before recently announcing a departure from that role, too), offered people to message him if they are looking for a job and feeling insecure at work: “I don’t have any silver bullets but sometimes a different perspective and just a conversation about a issue that is on your mind helps.”

Firstly, how refreshing to be reminded of the good that social media can bring — a network that enables us to help each other simply because we want be positive forces in the world. Particularly at a time when we seem to be watching the cruel and pointless death of Twitter — a platform with such promise and purpose befouled by toxicity and poor management.

And yet it’s hard not to be gloomy about this industry’s prospects in 2023 when we’re seeing our biggest media companies begin to make significant layoffs.

As one network agency UK boss put it to The Media Leader last week: “next year is going to be recession-tastic”.

But, as I wrote several months ago, the link between media spend and recession appears to be weakening. Whereas advertising was reliably seen as a ‘bellwether’ industry whose health would peak and trough in sync with the wider economy, there are interesting factors at play to suggest the two-year UK recession warned of by the Bank of England may not prove to be as fatal to commercial media as previous downturns.

The big media-buying agency groups, for example, are still reporting decent growth figures and their forecasts aren’t as bleak as you might expect. The likes of Publicis Groupe, WPP and Omnicom are no longer just the owners of agencies that create and buy TV ads, they now also perform longer-term (and more recession-proof) services such as data consultancy, ecommerce support and business transformation. Yes, these businesses still have fundamental problems with how they charge advertisers and retain talent, but nevertheless the tankers are turning.

Meanwhile, we appear to be at the start of a two-speed downturn. On the one hand, the once all-powerful, high-growth digital media companies are now talking about huge layoffs: last week’s news was full of stories about the axe being wielded by Meta, Disney, and Amazon, while even the mighty Apple has put a hiring freeze in place.

We’re not seeing anything like this negative noise coming out of TV, publishing, out-of-home or radio —the mass broadcast or ‘above-the-line’ media. This is partly because media spend on ‘traditional’ media tends to be bought and planned much earlier in advance and harder to turn off, compared to self-serve digital platforms. The Les Binet mantra also appears to have permeated brand marketers’ psyches that you need to keep spending in a recession to maintain so-called share of voice. Our Strategy Leaders have been making this point, too, in recent weeks — my personal favourite being from Bountiful Cow’s Chetan Murthy, who reminds us that smaller, challenger brands need a different approach when they simply don’t have the huge media budget to keep spending.

And there is growing evidence that the bigger advertisers are indeed going to keep spending. Media analyst Ian Whittaker, speaking at the recent PwC UK Media Summit, has noticed Europe’s biggest advertisers are prepared to push through significant price increases to consumers. This will effectively give large advertisers the flexibility to keep spending on big brand campaigns, which means continued revenue flowing to TV, press, outdoor and radio.

“For example, you are Unilever, and you’ve just put through a 12.5% increase in terms of prices during Q3…. What you’re saying is, yeah, this is fantastic is the consumer can take this,” Whittaker explained. “It doesn’t look as though [price] elasticities are actually performing as we would have expected.”

In other words, the price of Marmite going up is not likely to lead to a dramatic fall in demand. And, when inflation eventually subsides, as it’s predicted to do in 2024, we all know from experience that prices are unlikely to fall as quickly as they rose. So even though the cost of media has been historically high of late, bigger advertisers may come out of the other side in a stronger position to buy,

It seems, therefore, that this coming recession is not going to be like Covid or the Great Financial Crash of 2008, where huge shocks led advertisers and media companies to make quick and painful decisions over budgets and jobs. This is likely to be a slow but shallow period of negative growth, but one which commercial media could prove remarkably resilient compared to previous downturns.

100% Media 0% Nonsense is a weekly column by the editor. It features in the Monday edition of our daily UK newsletter and the weekly US round-up.