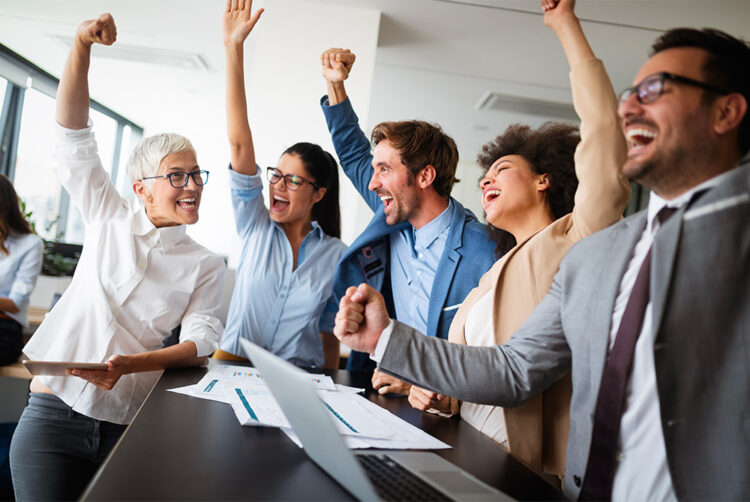 The link between media spend and recession appears to be weakening. Are advertisers realising that agency relationships are more important than they realised?

Last week, the UK’s Bank of England warned that we are heading into an economic recession. The US Federal Reserve has been making similar noises lately, which is what you expect central banks to do during a time of high inflation. In economics we are taught that if people expect bad times ahead, they will rein in spending and think twice before asking for a pay rise.

As I noted last week, the expectations game is also crucial to the fortunes of public companies, several of which operate in our media and advertising world.

WPP, Omnicom, Interpublic Group, and Publicis Groupe, have all upgraded their forecasts for organic growth across 2022, having outperformed expectations in the first half of the year.

In fact, the markets generally reacted negatively to their earnings reports because their forecasts weren’t optimistic enough.

Wait. Isn’t advertising and media supposed to be a bellwether industry and perform in line with the wider economy? If there’s a recession around the corner, why are expectations so high right now?

This bell’s not ringing

Right now, there is little evidence that advertisers are pausing spend despite the “cost-of-living crisis”, war in Ukraine, ongoing supply-chain issues due to Covid-19, and Brexit.

Another explanation was put forward by a challenger to the Big Four holdcos, Stagwell Group, the group that bought MDC (72&Sunny, Anomaly) and whose media acquisitions include Assembly and Goodstuff.

Stagwell chose to tell the story of its earnings performance in stark contrast to “the economic slowdown and bleak outlook for Big Tech”.

In other words, perhaps the holding companies are finally starting to achieve deeper relationships with advertisers. If WPP is your trusted partner to measure the ROI of your marketing spend and help you transform your ecommerce business, it’s clearly going to be less susceptible to a downturn than if WPP just creates your ads and buys your media.

It also helps to explain why the digital media giants have had a rough quarter when compared to the endless cycle of double-digit increases they’ve enjoyed over the last decade. Not least Facebook (the company that insists we now call them Meta), whose revenue shrank by 1% in Q2.

Back to the future?

For some time now, tech companies’ statements have contained warnings about the aforementioned economic factors as explanations for why their numbers are less spectacular of late. It’s also equally likely that Apple’s ad-tracking clampdown in 2021 is beginning to be felt strongly as iPhone users (used heavily by wealthier consumers) are now cut off by default from open-market advertising tools.

There’s also the ‘media stickiness’ factor. It’s less easy to turn off your TV media spend, with big-budget brand-led campaigns needing to be booked months in advance,  than it is for programmatic or online display spend.

Media analyst Ian Whittaker agrees that advertisers’ money has been shifting in recent times which is benefitting the agency holcos.

“I definitely think advertisers realise agency relationships are more important than they realised pre-pandemic. The agencies managed to react quickly to what clients needed and clients realised that was not something they could have done on their own,” Whittaker tells me.

“But you also have advertisers shifting money onto other platforms because they see those other services are delivering more i.e., relatively, social media seems to be seen as less core to advertisers than was the case 12 months ago.”

Fair enough, but sustainability matters, too. Not sustainability in terms of making this industry more environmentally friendly (which is a whole other article), but in terms of whether these media-agency owners can keep delivering for the long-term.

As my interview with the Madison Avenue Manslaughter author Michael Farmer discussed last week, the prognosis for agency groups is not good. Farmer, a former Bain consultant who has advised advertising and media companies for more than three decades, says the holding-company model has been effectively broken since 2005 because agencies have accepted lower fees from advertisers year after year. Instead of pushing back on clients, agencies are trapped in a cycle of cutting costs when they should be investing in technology and talent to more aggressively futureproof themselves.

“[E]very time they add [new clients] it is under worse conditions than what they just lost, and they make up for that by putting the squeeze on the companies they own,” Farmer warns. “It’s not a viable strategy and it will, at some point, have consequences. But who knows when?”

This column features in the Monday edition of our daily newsletter. Sign up for our newsletters here.