Meta’s ‘transitional’ earnings call: what you need to know 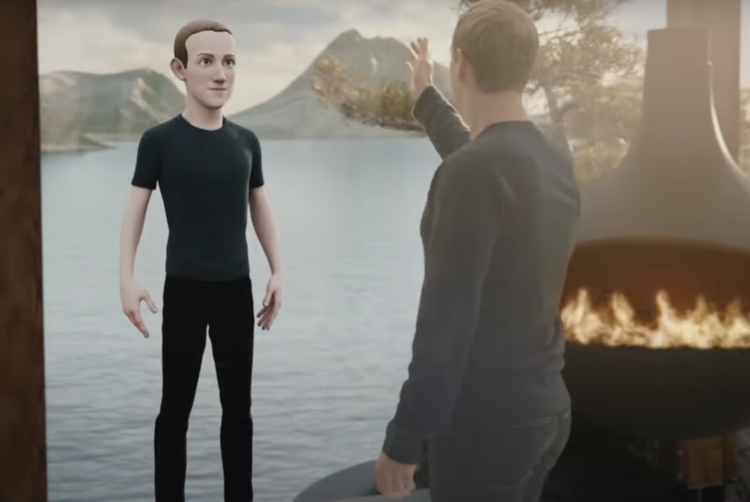 Meta reported a company-first year-over-year decline in quarterly revenue in Q2, on top of other missed expectations. The tech behemoth is in a state of flux as it deals with criticism over changes to its social media platforms, heavy competition from TikTok, a tightening digital ad market, antitrust lawsuits, and dreams of leading the development of the metaverse.

“There’s no doubt that we’re going through a transition period and doing so at a time of economic uncertainty,” said outgoing COO Sheryl Sandberg, adding: “But despite the current challenges, I’m very confident for the long term. We’re facing a cyclical downturn but over the long run, the digital ad market will continue to grow”.

Meta reported a 1% year-over-year decline in quarterly revenue for the first time since the company went public in 2012.

Meta CEO Mark Zuckerberg attributed the weak earnings to the broader economic downturn that is impacting digital advertising business, and stated on the earnings call that he will push for the company to “get more done with fewer resources” as the company slows its hiring and puts lower-priority projects on the backburner to cut down on costs.

Sandberg also noted that foreign exchange trends, namely the depreciation of the euro in relation to the dollar, have had an impact on the company’s bottom line; Meta would have seen 3% year-over-year growth on a constant currency basis.

Fallout from the war in Ukraine as well as slowed growth in ecommerce following a massive spike during the pandemic were both cited as reasons for broader reductions in digital adspend. In addition, a higher interest rate environment amid inflation worries and recession anxieties have “put pressure on marketers to make sure their ad budgets are spent in the smartest way possible”, according to Sandberg, who said Meta is “focused on helping them run efficient marketing campaigns to get the best possible return on investment”.

Though Meta did not attribute its decelerated earnings to Apple’s iOS privacy changes, Wehner did note that the company, like others that own digital applications, continues to “face targeting and measurement headwinds […] which we believe are contributing to the growth challenges across the digital advertising industry”.

He stated that in Q2, the total number of ad impressions served across Meta’s services increased 15% and the average price per ad decreased 14%, driven primarily by growth in the Asia Pacific region.

Zuckerberg also clarified recent comments made by Instagram chief Adam Mosseri in response to criticism about changes made to the social media platform. He noted that, driven by changes to the Facebook and Instagram’s feeds and algorithms, Meta saw a 30% increase in time users spent engaging with Reels.

Zuckerberg stated that the company is “uniquely focused” on building out its AI recommendation system on platforms such as Instagram, a point of critique for users who have decried the platform’s changes to compete with TikTok. Zuckerberg however intends to “more than double” the amount of recommended posts fed to users across its platforms, from around 15% currently to more than 30% by the end of 2022.

He also said that AI is responsible for “most” of content moderation on its platforms, which he said the company has “made a lot of progress on”. Meta has come under scrutiny in the past year over harmful content on its platforms, including the spread of misinformation.

Regarding Reels, Sandberg stated that the company is focused on “ramping up [its] ad load” following Meta’s move to monetize the product last year.

‘Trillions’ in revenue potential for the metaverse

The Meta CEO remained steadfast in his commitment to developing the metaverse, believing it could potentially unlock “trillions” in revenue for the company over time, especially as the company has attempted to position itself as a lead developer.

“By helping to develop these platforms, we’re going to have the freedom to build these experiences the way that we and the overall industry believe will be best rather than being limited by the constraints that competitors place on us and on our community and on small businesses,” said Zuckerberg.

Zuckerberg touted the metaverse as enabling “deeper social experiences, where you feel a realistic sense of presence with other people, no matter where they are”.

Meta will launch a web version of Horizon, its metaverse product, later this year, which “should dramatically increase” the number of Horizon users, according to Zuckerberg.

Meta’s tough financial news was compounded on Wednesday when Meta was sued by the Federal Trade Commission to block Meta from buying virtual reality company Within.

It is not the first time the company has been hit with an antitrust lawsuit; Facebook was sued by the FTC last August, alleging the company abused its monopoly power through acquisitions of major competitors, including Instagram in 2012 and WhatsApp in 2014.

The FTC has similarly filed suit against other big tech companies like Google over antitrust allegations. The US Senate is also currently considering a bill that would break up Google’s advertising business should it pass.

Meta’s stock was down over 5.5% in pre-market trading on the news of its earnings and the lawsuit. The company’s stock has already declined nearly 50% year-to-date amid broader economic woes.