Social media is simultaneously moving toward recommendation and authenticity 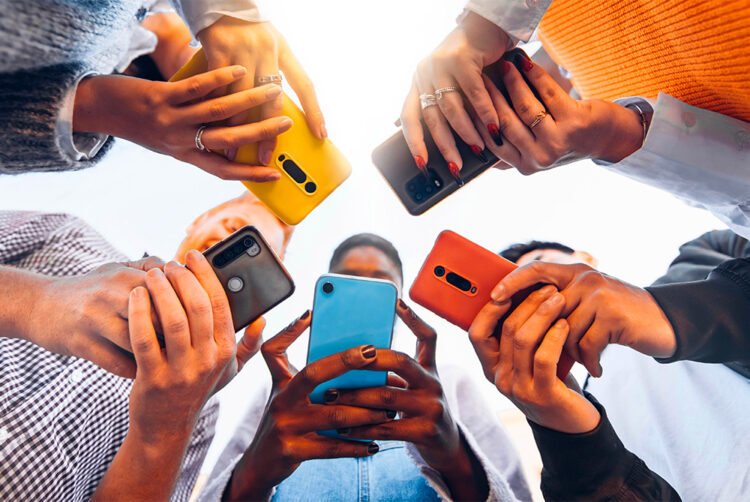 Social media seems fated to continuously evolve as the chorus of its billions of users dictates. It is uniquely unfixed in this respect, and recently we’ve seen some particularly interesting changes that might take how it develops into new territory.

To begin with, two of the most established and scaled platforms, Meta’s Facebook and Instagram, have shown signs of user disquiet.

In February, for the first time in its history, Facebook lost users; and more recently Instagram said it would ditch a hugely unpopular update that overcrowded feeds with video in an attempt to be more like TikTok (which, almost laughably, is itself accused of succumbing to Twitterification).

But leaving aside the fact that platforms end up mimicking one another to remain competitive—even if that means changing their original DNA—there are some deeper trends at play that are worth paying attention to.

First, the way social media can make us feel, and the way it can compel us to pose, edit, and posture, has become very tiresome for lots of users, even dangerous to our wellbeing.

It’s led to a counter-trend for posting unfiltered reality, even the mundane. We see this in the rise of casual Instagram, photo dumping, and through TikTok’s natural faces and anti-beauty sentiment.

Furthermore, these trends have even ushered in a different type of social media platform altogether—one that embraces our ‘real’ lives, rather than the forced, fake and filtered versions.

Cluster, We Heart It, and Dispo all seek to remove the pressure of Instagram’s or Snapchat’s filtered experience; while the likes of Thursday and Anyone seek more meaningful, human and mindful experiences.

And now, perhaps with the most hype behind it, is BeReal. If you’re unfamiliar, the French platform prompts users to take a photo of what they’re doing each day, no matter what it is, then share with friends with an accompanying selfie. You can only see what others have shared by sharing your own photos, and there are no filters or editing tools.

“Discover who your friends really are in their daily life,” is how BeReal describes itself. Worth $600m, the app has seen huge growth recently, with daily active users reaching 7.9 million in July, up from 2 million in January and 10,000 in March 2021 and is currently the number one free app in the app store. It’s even led to Instagram internally prototyping its own clone “IG Candid”, albeit with no timeline on when it might be available publicly.

As others have noted, appearing fake online has simply become embarrassing, and it’s driving down the use of filters. Despite this, people are still making the effort, and thus the posturing remains. But it’s important to note that a new visual language has emerged. 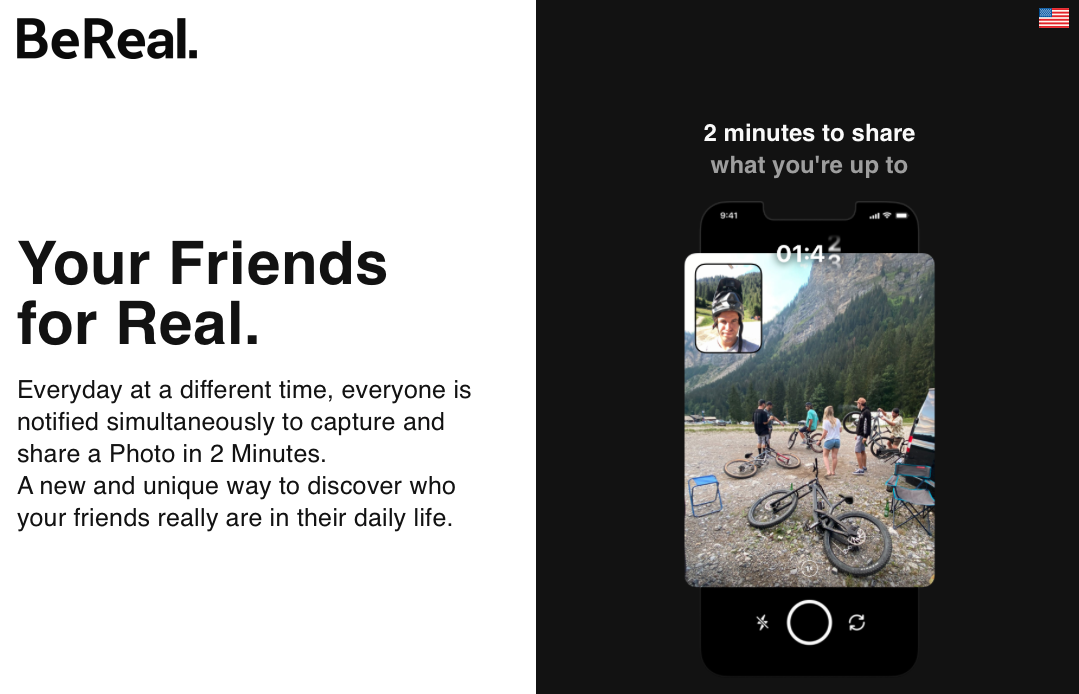 For brands, these often nuanced and complex signs and behavioural shifts can pose a significant challenge—for targeting, aligning products and campaigns with the zeitgeist, and speaking in the right language.

And while no one thinks the major players are in any immediate danger of being usurped, these are still important trends to take note of; nothing in this market is fixed and the changing tides of human behaviours and visual codes that ultimately define social media can influence future success or failure for a platform.

Moreover, brands may find a better fit with platforms that take a deeper consideration of the human user. As Omnicom Media Group’s head of futures, Phil Rowley, writes in the Future of Wellbeing, brands may soon want to design products, services, or campaigns that actively contribute to positive mental health given the increasing consideration of wellbeing across culture and society.

We love social media, but we hate it too, Rowley states, and we certainly can’t stop using it. So the only long-term solution is to find a model that scratches all of our itches but doesn’t make us feel terrible in the process. That means brands should pay attention to the direction of these behavioural currents and consider how they might align themselves with the ‘real’ moods of users.

There is a separate trend and with very different potential outcomes, also at play: the shift from social media (distributed through networks of connected people) towards recommendation media (which uses algorithms to curate feeds based on a catalogue of user generated content—the model of YouTube and TikTok).

As others have rightly pointed out, recommendation media is becoming the new standard for content distribution on the internet, and it might go further than you think.

For example, given the strength of recommendation media, and the way traditional social media platforms are chasing them, it’s not beyond the realms of possibility that subscription media platforms—such as Netflix—may also try to follow suit in stepping back from traditional ‘professionally’ produced content.

In fact, Netflix co-CEO Reed Hastings may have even foreshadowed this when he famously stated that his biggest competitors were TikTok and YouTube, both of which are open to any creator. Dare we imagine a future Netflix in which content creation was open to influencers and not just studios?

Furthermore, if recommendation media is about platforms having more control over the consumer experience, it’s not hard to imagine that platforms will ultimately seek even more efficiency by making their own content.

We’ve seen professional media platforms do this already; Netflix and Amazon making originals, for example. But to do this at the scale of an open creation platform, such as TikTok, platforms won’t be able to rely on just humans—instead they’ll need machines to create AI-generated media, or as Matt Hartman calls it, synthetic media.

Recently, OpenAI’s DALL-E 2 (which I looked at in a previous column) has shown the world just how powerful and human-like synthetic media can be, but it’s unlikely these capabilities will stop at still images. As the cost of AI content-creation solutions come down, will platforms create more synthetic media over time to create even more perfect fit content for the right users at the right time? The ultimate recommendation media.

What this leaves us with are two trends or tensions, one seeking ‘unedited’ human authenticity, and the other entirely ‘synthesised’.

The future of social media will perhaps let both trends meet somewhere in the middle. But not without resolving a schism: recommendation media means we’ll make fewer explicit choices (“these are my friends”) and more implicit choices about how, when, and why we consume content (“this is where the algorithm recommends I should spend my attention”).

This moves us into a space where attention becomes even more important as a way of understanding effectiveness. And so, as social media morphs into something new, so too will the way media planners approach and measure it. After all, nothing in this market remains fixed for long.

Simon Carr is chief strategy officer at Omnicom media agency Hearts & Science. He writes each month about media strategy for The Media Leader.