Beyond the biases and surrealism, AI is helping media agencies think more creatively 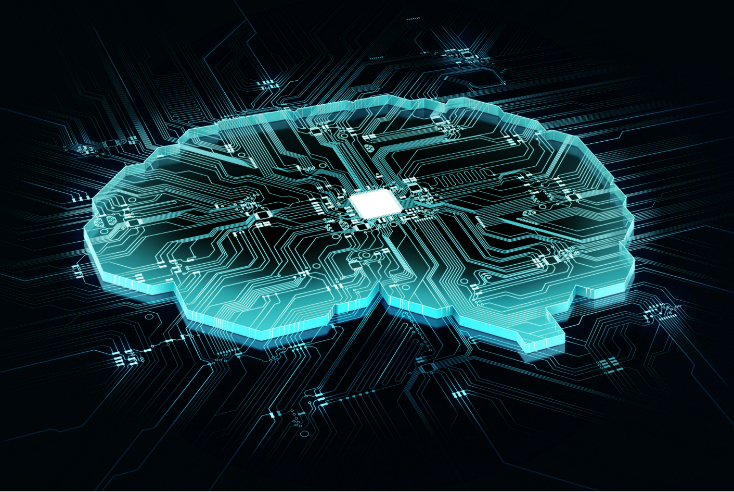 From low interest tasks to channel planning, AI is becoming an established part of media agencies processes, but is it set to do something much more interesting under the banner of creativity in media agencies?

It’s starting to feel that way, and although the tools have not exactly gained sentience (and I’m not falling for the Eliza Effect like that guy at Google), they have grown in sophistication, and that’s showing promise beyond the mundane or novelty factor.

However, just as the images of AI ‘meme machine’ DALL-E have demonstrated some surreal, amusing and creatively askew ‘thinking’,  its unexplainable glitches, stereotypes and societal biases show we must still tread carefully.

Indeed, like so many AIs being woven into the fabric of our society, without a deeper understanding of the nuances of how they actually work, they risk misleading, discriminating and manipulating.

Yet beyond such flaws – which one would hope by their glaring risks will be weeded out in next generation AIs – there is something new and deeply appealing here for media agencies: the sometimes strange, and often surprising modes of thinking that could help us develop fresh ideas.

And on this front we need to shift gears. In my last column I discussed retromania, and how media and advertising, while recycling the past to give us a cosy dose of nostalgia, risks failing to create an interesting future.

Perhaps it’s no coincidence then that new data from YouGov shows that around 50% of the global population thinks advertising isn’t as interesting as it used to be, an opinion shared widely in most of the 18 individual markets studied.

AI’s take on a mock relaunch of the Conservative Party

AI has the potential to reignite the spark of creativity and originality by approaching strategy and planning from surprising new angles; avoiding the traps of group-think, or making only obvious connections.

AIs are certainly helping my own team overhaul the creative process by making links and suggestions that most humans – by their nature – are not prone to make, but are interesting nonetheless.

To do this we’re currently using two systems: Q, a proprietary cultural intelligence platform designed by Sparks & Honey to help  identify, organise and quantify cultural trends; and Seenapse, a third-party AI that acts as a creative stimulus.

To demonstrate how they work, I ran some ideas past my machine co-workers for this article, first asking Q to identify cultural trends around the Conservatives in a mock relaunch of the party.

Q scraped social media feeds and news articles to provide a point of view on what trends are important now but also those that will have reach and velocity in the future.

From this I was able to gather ‘elements of culture’ from tens of thousands of online signals – in this case ‘taboo toppling’, ‘unapologetic’, ‘flattening society’, ‘homogenization of culture’, and ‘icon toppling’. I was then able to add these to Seenapse, which delivered some relaunch campaign ideas of low, medium and high divergence.

Some of the results are hilarious and highlight the limitations of the current system. For instance ‘taboo toppling’ was taken in some strange directions, such as the Conservative Party adopting a “seapunk aesthetic for their relaunch with a new logo, website, and social media presence that is heavily inspired by the ocean and ‘90s internet culture.”

However, other ideas were interesting, and they give a flavour of how AI can trigger something in our own imaginations by creating unusual yet legitimate stimuli.

“The Conservative Party will relaunch itself as the party of free thinking. They will produce a series of short films featuring well-known intellectuals from a variety of disciplines who talk about why they support the party.”

“The Conservative Party will use social media to invite people to break away from their group mentality and think for themselves.”

And here is an example of a medium divergence idea:

“In order to relaunch the party, the Conservative’s will appoint world-renowned statistician and information designer Edward Rolf Tufte as their new head of strategy. Tufte will be tasked with creating a series of data visualisations that communicate the party’s key messages in a clear and impactful way.”

Have you, reader, heard of Tufte before? Would you have considered this angle?

There are dozens more ideas, and even through the act of dismissing them, our brains are thinking differently about the creative and strategic challenge, being drawn in all sorts of directions.

Of course, Seenapse is nowhere near the complexity of a digital twin – powerful AI doppelgängers that – we’re told – will be able to learn from, mimic and perform complex human tasks, and set to do parts, if not all, of our jobs within a decade. However, it is helping us try new things, look for new signals in the noise and develop media strategies from less obvious starting points.

So if you’re wondering whether or not we’ll keep on using it – the answer is yes, for now. It’s refreshing and different, and that’s what I want the future of advertising to feel like too.

I would expect all of this to develop significantly over the next 10 years. I’m certainly confident we’ll see AI systems deployed much more widely in our industry, going far beyond their current uses to become an embedded part of day-to-day work – not just the boring bits, but the genuinely complex, hard-to-do and creative bits too.

Indeed, at Cannes this year, Anastasia Leng, CEO of CreativeX, a firm that uses AI to help brands “enhance” their ads, touted “creative data” as a new frontier for advertisers seeking to “maximise” their communications.

By assessing high volumes of ads, AI is starting to unlock insights regarding the precise creative elements that are most associated with success – allowing for a new level of optimisation. The ultimate goal is to develop further tools to help brands determine if their creative has the desired traits, thus enhancing effectiveness.

But thus far my own AI test has yielded the desired results: my flesh and bone colleagues and I get to keep our jobs – and with a bit of machine help, can even start doing them a bit better.