If nostalgia is the death of hope, brands need to work harder to look to the future 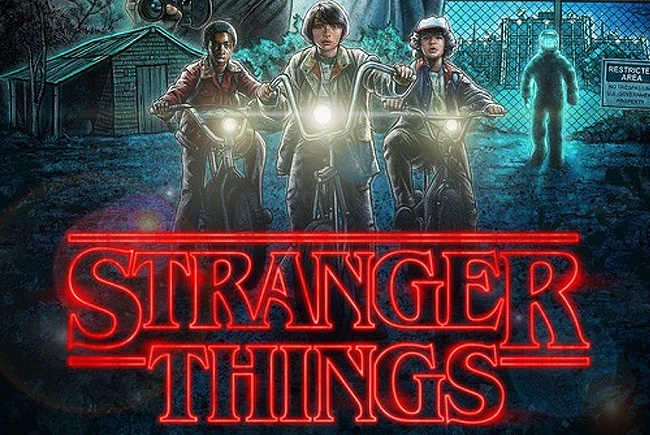 Brands need to find ways to marry past, present and future.

Our streets have been drowning in bunting of late as we dream of the past, but retreating into our entertainment screens offers little respite from the nostalgia overload. Just look at the return of 1980s love letter Stranger Things, or the release of Jurassic World Dominion with its original cast, or Top Gun: Maverick. Even Kate Bush is back in the charts and still Running Up That Hill.

Yet looking at the perilous state of the world’s economy, the war in Ukraine, and the existential threat of climate change, perhaps it makes sense that so many people are seeking comfort in the ideas of the past.

Indeed, research published in the Journal of Personality and Social Psychology suggests nostalgia can act as a coping mechanism and is triggered by negative emotions and moods.

Well, I may not be a qualified psychologist but I can certainly see some links between recent events and even the rise of retro and retro-inspired gaming, the inexplicable resurgence of audio cassettes, or the prominence of tuck shop favourites on supermarket shelves.

Nostalgia is a double-edged sword

We should be wary of the sometimes less visible downsides, however. While the Jubilee may have brought many communities together, inclusivity isn’t guaranteed. Not everyone shares royalist leanings, as was made apparent by the Sex Pistols’ rise back up the vinyl hit parade. And overt benign patriotism can make many people feel uncomfortable if they’ve felt the sting of overt malign patriotism.

In fact, at its most extreme, nostalgia can be viciously weaponised – and we see this in the way Putin has mythologised the ‘glories’ of the Soviet era as a vehicle for contemporary Russian nationalism – even for those who didn’t live through the reality.

Fauxstalgia, the concept by which people look at bygone eras through rose-tinted glasses even if they didn’t experience them, was eloquently explored in Edgar Wright’s latest film Last Night in Soho. This hammers home just how easy it is to idealise the past if you gloss over the deprivations, the inequalities and other shortcomings.

However, a yearning for the past can equally turn off many audiences, certainly in the West younger audiences are more concerned with what politicians and brands alike can do to secure their future. After all, retreating into a (re)imagined or otherwise santised past is symptomatic of giving up rather than finding a cure for society’s ills.

Looking back to our current cultural preoccupations, Stranger Things is perhaps more interesting to a planner than the Platinum Jubilee. A quick glance through the #platyjoobs posts on TikTok and the street parties and scones overload looks very much like a straight 1977 re-release, rather than Stranger Things ‘80s remix.

In cherry picking brand signifiers of ’80s culture –  the music, the clothes, the tech –  Netflix’s hit show offers a ‘best of’ time capsule that is instantly recognisable even to Gen-Z. However, Stranger Things is still able to ground itself in the current concerns of younger audiences: notably, the return of the Cold War, sexual identity and an underlying fear of the unknown. As such, the show speaks to anyone who has ever felt like an outsider –  and John Hughes is a clear influence –  but is still able to feel contemporary.

While Stranger Things manages to create something that still has something interesting to say, there are limits to remix culture. Many of us will still get a buzz from ads like DDB’s hugely impressive ‘Singing in the Rain’ ad for Volkswagen, but others fear tinkering with our cultural heritage diminishes the memory of the original and brings little of substance to the conversation.

This contention forms the backbone for one of my favourite books, Retromania: Pop Culture’s Addiction to Its Own Past by Simon Reynolds. Per the author’s concern, does each remixing the past – whether that’s another pop single built around a sample loop, games publishers mining their back catalogues to reimagine or remaster past hits, or period mash-ups like Bridgerton – bring us ever closer to the death knell for true originality?

We’re yet to know exactly what a mass market metaverse could look like and how pervasive a part brands will play within it. However, what’s interesting in our proto-metaverses (what is basically gaming, like Roblox), is how audiences are choosing to engage with brands, particularly clothing brands, in virtual spaces. As such, it will be interesting to see how nostalgia will come to play a role even in our most embryonic channels.

Given how easy it is for people to use branded signifiers as a short-cut to represent their identity and interests, I have to wonder just how prescient Ernest Cline’s dystopic Ready Player One could prove to be. Cline’s vision of people choosing to retreat into pop culture as accelerated by virtual worlds, seems ever less fanciful – and dangerous – with each passing month.

Mancunian artist Mark Kennedy said “Nostalgia is the death of hope” and this is a quote that brand marketers should keep pinned to their desks. Regardless of how difficult things may get in the months and years to come, I can only hope that brands and audiences are each able to pull themselves out of the past.

It’s a balancing act of course, Nigel Bogle’s take on brand building has always been to look at what made it great in the first place, but the question is how can we translate this into a progressive force for real change?

Brands need to find ways to marry past, present and future, and this is easier said than done of course. A decade ago BA’s – arguably stuffy – rebrand was built around the slogan ‘To fly. To serve’, a callback to its 1919 origins, a time at which this country was still a global imperial power.

Post-Brexit (and post-Boris) brand Britain will be much tarnished. Interesting then that Virgin Atlantic encourages us to ‘see the world differently’ in ads that celebrate diversity.

Heritage and nostalgia certainly have a part to play in branding, but they cannot replace hope. Brands will need to be proactive to demonstrate they are helping shape the future in positive ways, rather than simply acting as custodians of the past.