Media is an easy target for climate protest 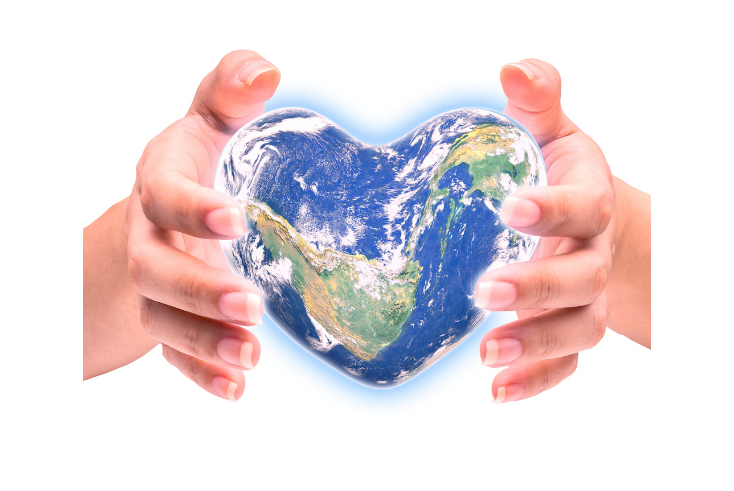 Global retail media and ecommerce is booming just as climate activists step up attacks on advertising and media. Something has to give, writes the editor.

“Why is this queue taking so long?” I asked myself with dwindling patience while waiting in line.

No, it wasn’t that queue (just imagine the reaction to such a question if it was, though…) I was next in line to be served at Next in Westfield, and the three customers in front of me were taking an age to complete what I thought was a simple clothes-for-money transaction.

Then I realised one of the customers had a suitcase with her. One by one, she furiously began to unpack bags of garments with a roll of receipts and it dawned on me — she’s ordered multiple sizes of the same dress online and is now returning all but the one she wants.

Joe Biden may have declared the Covid-19 pandemic is over, but many of the online habits we formed during the pandemic have remained. Perhaps the only truly surprising thing about last week’s GroupM retail media report is that it has taken until this long for retail media to pass the $100bn mark globally in 2022. Remember that total retail sales in the US alone amount to more than $7tn (yes, seven trillion dollars).

In terms of market penetration, the US and the UK are the most advanced ecommerce countries, behind China, but yet are still expected to grow significantly over the next five years as people continue to shop more online relative to brick-and-mortar.

Media is helping to fuel the ecommerce and retail media boom, with Amazon leading the way as the world’s second-biggest ecommerce company (after Alibaba) continues to expands its tentacles into TV, movies, podcasts, and most recently live sports rights. Well over half of US households have an Amazon Prime subscription and, with so much on offer in addition to free retail delivery, Amazon is making Prime too good to ignore — even at a time when cost-conscious customers are grudgingly mulling which subscriptions to cut back on.

GroupM, part of WPP, of course has good reason to crow about the growth of retail media and ecommerce as it implies yet more growth in online advertising — not only because there are more people shopping online but because those people’s online shopping journeys yield more marketing information than if they had browsed online and bought in-store. And GroupM has this data at its fingertips like no other advertising company: one of the group’s agencies, Wavemaker, struck an exclusive deal with Amazon Advertising last year in which Amazon data and insights can be directly fed into the media agency’s plans and campaigns.

The continued growth in these online transactions is yet another concerning turn of events for our desperately threatened environment. There are many online calculators warning how much online advertising contributes to carbon dioxide output.

And the protests aimed specifically at advertising keep coming. Last week we saw the activist group Brandalism launch an assault on hundreds of billboards all over Europe, just days after Climate Creatives sought to name and shame 239 agencies who worked with fossil fuel companies. Cannes Lions has become a regular target of protest for climate activists, including Greenpeace which stormed the Palais stage this year. The same Greenpeace, by the way, which won a Cannes Lion that same week for a campaign created by WPP agency VMLY&R Brazil.

Advertising and media agencies are an easy target. Their work is highly visible and understandable: they make and buy ads. BP and Shell might also hire legions of accountants, lawyers, recruitment agencies, and office suppliers, but somehow protesting against auditors’ inability to highlight climate risks in accounting statements is less sexy than complaining against ‘greenwashing ads’.

I have a lot of sympathy with focusing climate activism on advertising and media, because it confirms the intuition that advertising works without needing to cite years of effectiveness studies. No one would care how many IPG agencies work for Saudi Aramco if the ads were a complete waste of money.

My concern is, where does this shaming strategy stop?

The truth is, and always has been, that our climate catastrophe has come about because wealthy countries have grown quickly and become super efficient at polluting the earth in the process.

Yes, technology will help. So will switching from fossil fuels to renewables. But the short and medium term answer must be simple and uncomfortable: we must consume less. We actually demonstrated this in 2020 when much of the world went into Covid lockdown.

There aren’t enough protestors in the world, let alone those within hitchhiking distance to London, to protest against all the guilty parties, if guilt is really what we’re trying to achieve here.

Because we are all the problem. We consume too much and we won’t admit it. We know climate change is a disaster and yet we still can’t give up air travel for holidays. We continue to eat meat with little nutritional or moral justification. And we are likely to spend more money online in the least carbon-friendly way possible if it is most convenient or cheapest. Even if it means wheeling a suitcase of dresses into a crowded shopping mall.

Shame will only get us so far when it comes to using media communications to shape better climate outcomes. We ultimately need governments to take action, just as they did with tobacco and alcohol advertising, and we need more media owners to create bold and imaginative ways of conveying how much our behaviour needs to change, whether it is Channel 4’s ‘Climate Matters’ programming, or the Daily Express “Green Britain” campaign.

The big changes that are happening in media, such as within ecommerce and retail media, should all be seen through the ‘what about climate change?’ lens, too. As keen as Jeff Bezos was to leave Planet Earth last year, we and his beloved Amazon are stuck on the same polluted rock forever. We must work together to clean it up.