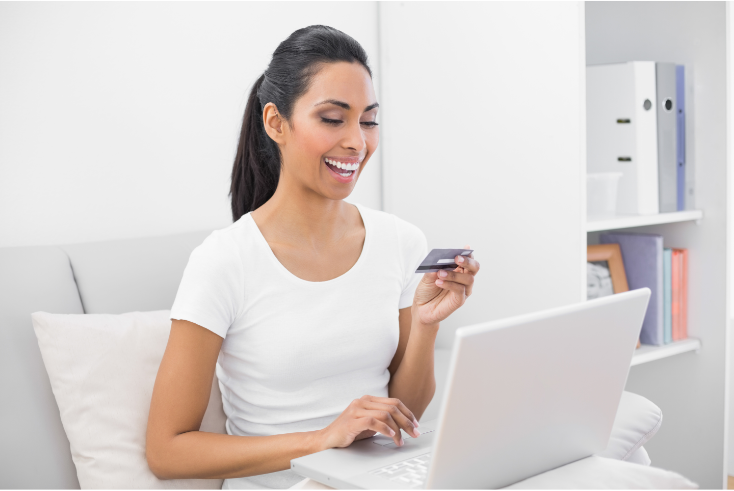 Global retail media is likely to surpass the $100bn mark this year, according to WPP’s media-buying arm GroupM, with ecommerce accounting for nearly one in five dollars spent on retail sales globally.

However, the UK ecommerce market is forecast to shrink for the first time this year as the country reels from soaring prices and returns to work and shopping away from home.

The UK ecommerce market will decline by 3.6% this year, a significant reversal from last year’s growth of 15%. Total retail will amount to £738bn, with ecommerce accounting for 18% of this figure. 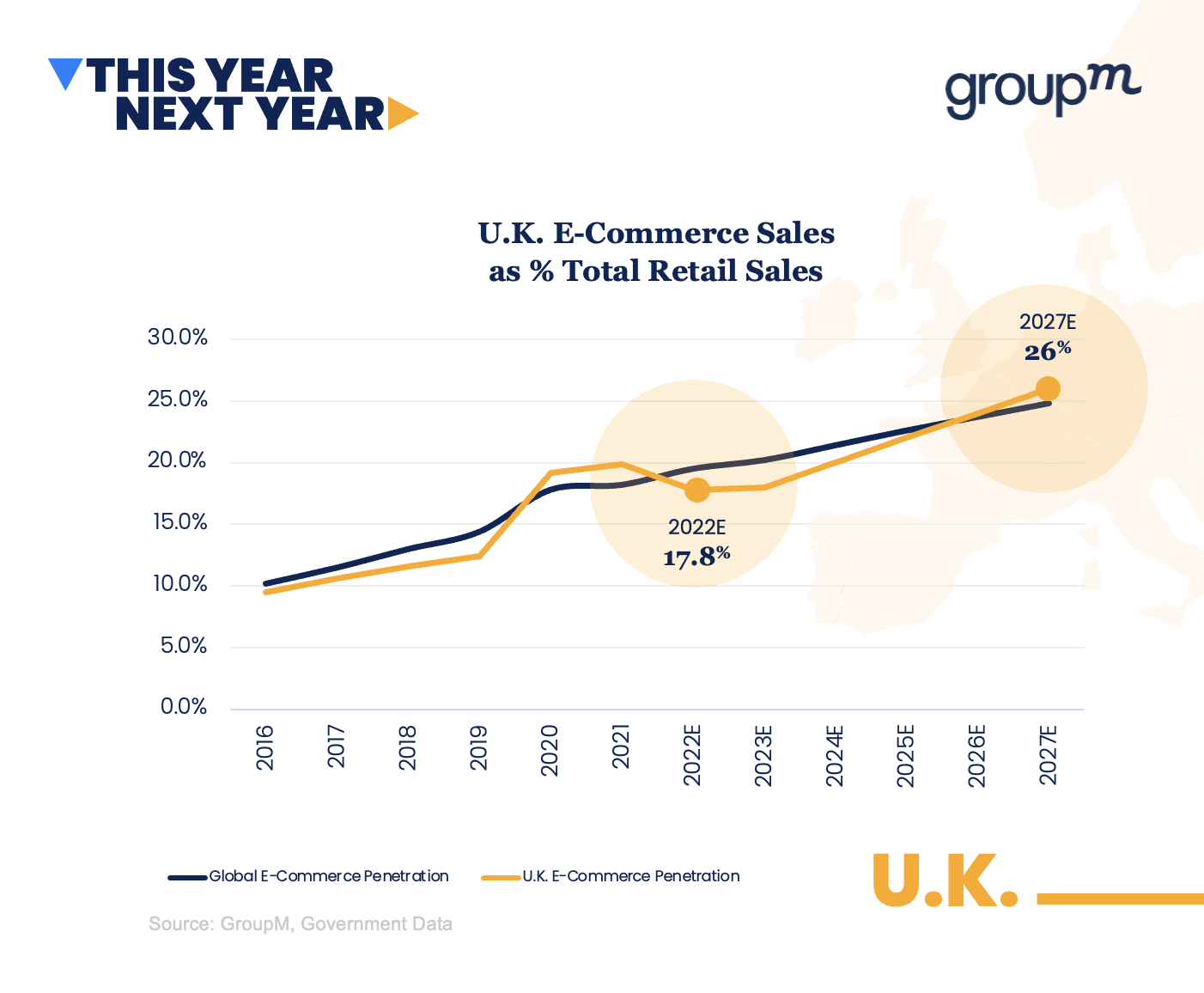 Then ecommerce growth is forecast to slow down to 13% on a compound basis over the next five years, and by 2027 the total retail sales figure will be £909bn, with 26% of retail occurring via ecommerce channels.

Meanwhile, in the US, the ecommerce market is expected to grow by 25% this year. Total retail will amount to $7.2tn, with ecommerce accounting for 17% of that amount. 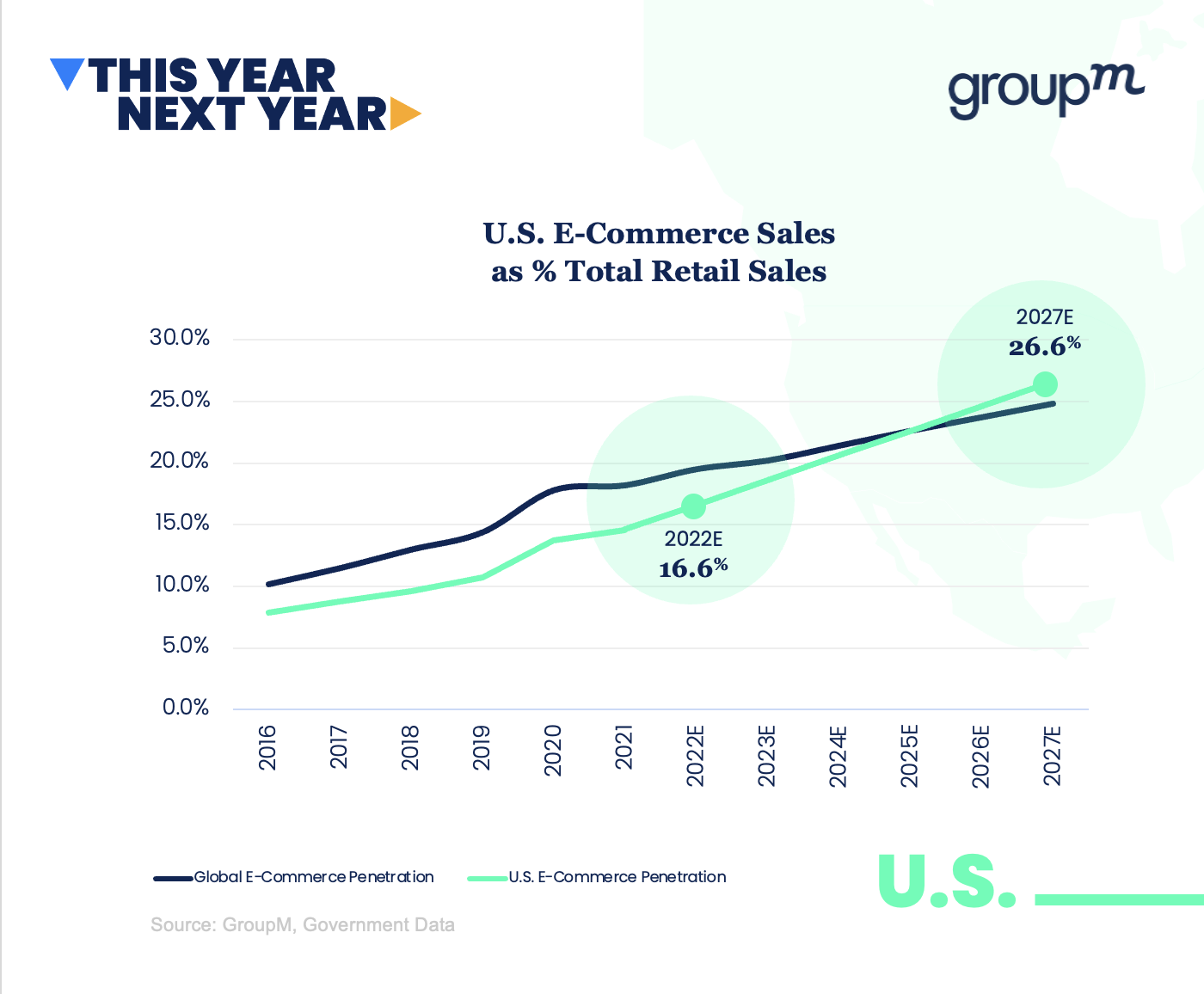 Twenty of the world’s biggest ecommerce company were responsible for two-thirds (67%) of all ecommerce sales last year, which is estimated to be $5.4tn.

The world’s biggest economic powers, China and the US, make up 52% of the global ecommerce market. The next five biggest markets — Japan, Germany, the UK, Canada, and Australia — only comprise 9% of the global market. 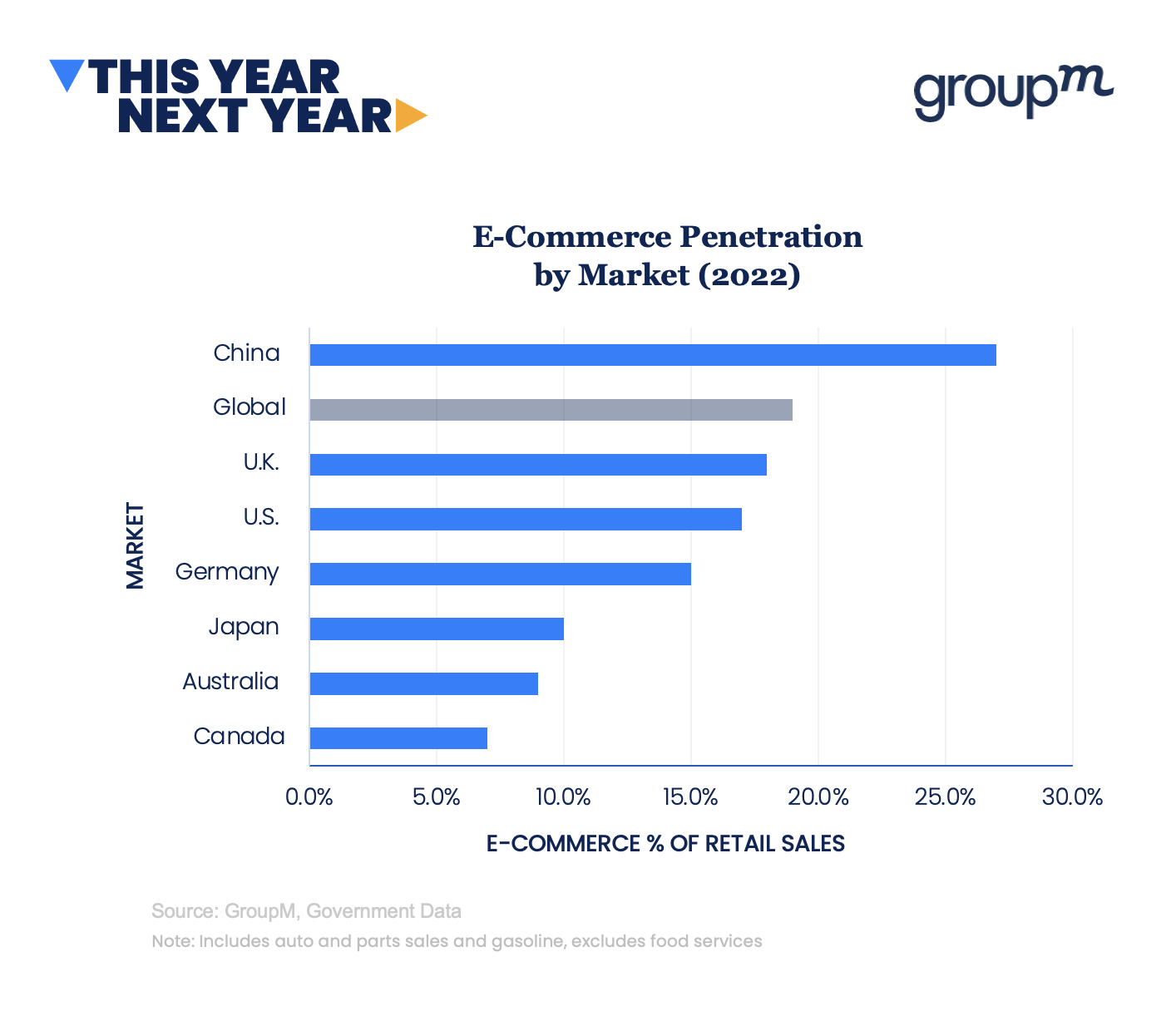 Chinese retailers make up three of the top five retailers by global ecommerce gross merchandise value (GMV) with Amazon and eBay making up the other two spots. The clear leader, Alibaba, counts for more than double the ecommerce GMV of the number two, Amazon, and has dominated the mobile commerce and payments ecosystem with Alipay (along with Tencent competitor WeChat). The Chinese companies have benefited further from the heavy adoption of mobile shopping during the COVID-19 outbreaks in China in 2020 and spring of 2022.

Advertising service companies like Criteo were not included (“to limit the double-counting of retail media”), as were software providers like Shopify (which would have been Number Five if included), Google Shopping, Meta and TikTok.  (though Shopify would replace eBay at #5 if included).