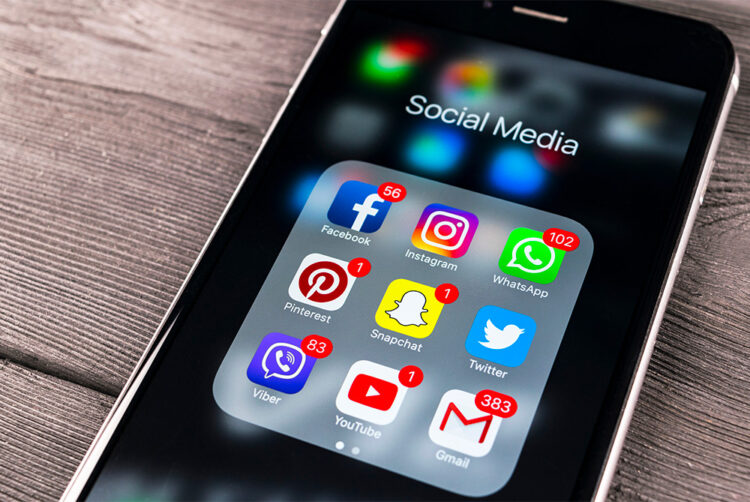 From returning to the new normal, changing ownership of tech giants and grim forecasts, Bob Wootton outlines his media standouts for this year.

Once again, ’tis the time of lists, reviews, predictions and wishes.

It’s been more of a year of adjustment back to a modified normal than a vintage one. Lots has happened but I’m pushed to extract many standouts.

Only two come to mind and one is largely beyond our control.

The first surely a textbook case which will be picked over in business schools for years to come as an object lesson in how to destroy value – the change of ownership at Twitter.

Irrelevant as it clearly has been at the top level, we should take a moment to celebrate the unique culture that Bruce Daisley, Dara Nasr, David Wilding and their colleagues, some now “displaced”, developed at Twitter UK and exported.

Such thinking is completely alien to the new owner who is said to be installing beds in the offices to enable the 20-hour days he’s expecting from remaining staff.

The second and big one, which will shape everything from the political landscape to the viability and profitability of businesses of all kinds, is the economy.

The outlook’s pretty grim. Forecasts, whether economic indicators or adspends, remain bullish but as I’ve said before that’s inevitable when the forecasters are optimists who stand to benefit from their own predictions.

Downgrades are emerging and these will likely gather momentum after the festive break and in the light of retail sales.

We need more from online platforms

Will marketers finally see sense and stop spewing money into unaccountable, unverified, unsafe channels which continue to shirk responsibility for their outputs at every opportunity?

I’m not normally much for intervention and regulation, but I hope Governments continue to demand – and enforce – much more from the big online platforms. (Including a Twitter whose content has already deteriorated).

Discounting inevitable industry opposition to the inconvenience of any change, ongoing amendments to privacy regulation are welcome, at least in theory.

In practice most companies will probably deluge users with deep, legal blurb which you can take (thereby foregoing your rights/selling your descendants into slavery) or leave (meaning you can’t use the service you want to).  A pretty hateful customer choice.

But whatever, it will be a field day for lawyers pressed to defend the indefensible.

Where better to divert such large sums of money?

Telly will continue to be a major battleground, but hopefully one whose revenues rightly begin to return when advertisers abandon the platforms.

Although BARB reveals a remarkable 89% of UK households have access to a Netflix account, industry analyst Ian Whitaker advises that the platform’s new hybrid advertising/subscription model is not playing well with consumers.

Notwithstanding chief business officer Patrick Béhar’s recent comments, I’d like to see Sky train their engineers in Wi-Fi properly. It took me (not them) several years to fix the Wi-Fi connectivity on which my Sky Q system mysteriously depends.

Sky is migrating from weather-dependent dishes to Wi-Fi with Sky Glass and latterly Sky Stream, probably because it will reduce installation costs. But everyone’s Wi-Fi is different (and Sky’s own is seldom market-leading), so this will push the onus onto consumers.  Consumer frustration and churn just when they don’t want it.

On the bright side, competition for viewers has fostered a new golden age for on-screen content.

Creativity and frequency need to be addressed

Radio deserves to benefit after publishing its new and comprehensive study on listening mood states, but creative quality still needs to be addressed along with a bugbear across many channels – frequency.  Much-vaunted capping still shows few signs of being applied.

If I see the admittedly wholesome Natalie Portman asking me “what I would do for love” for Miss Dior one more time, I could “get violent” as the bloke breaking into my car outside my home last Sunday afternoon vouchsafed.

I hope magazines continue to thrive as me-time treats and likewise quality newspapers as valuable sources of information and holders of power to account.

But not the tabloids, ever more marginal in the digital age. Shrill, sensationalist and desperate to squeeze revenue from their online incarnations, they offer the worst of all viewing experiences.

Out of home’s transition to digital has been nothing short of remarkable too and merits more advertiser attention and patronage.

But what about the measurement and budget question?

There’s a lot going on in measurement right now.  Route’s Denise Turner published an excellent piece here recently on the seven aspects to her measurement manifesto, as established at a panel at the Media Research Group event.

A focus on people and attention is clearly the right direction but weighs against the sheer inertia of vested interests and funding models. And money’s going to be tight…

Will advertisers finally come to realise what they preach to consumers – “buy cheap, buy twice?” and modify their behaviours to advantage better work and outcomes?

Straitened times play to those who seek price and not value, so I doubt it. Nor will they task their trade body to take a leadership position on this despite its competences.

Spare a sympathetic thought for the media agencies that won the long battle for the UK and German Nestlé accounts recently, whom an overarching regional review now threatens.

We can only nurse the futile hope that all participants will be adequately remunerated regardless of outcome. If only contracts could embody more sophisticated break clauses, but that would break the master-servant mould.

We’ve seen several successful agency startups establish themselves and win business – a welcome reminder of the industry’s ability constantly to evolve and reinvent. May they thrive independently.

What do hard times mean for media in the end?

Finally, I pray we’ve seen peak virtue signalling. I’ve written before about how it has proved to be a surer way to a gong than endeavour alone.

At the risk of banging a previous drum, hard times could return us to what we actually do.

Better by far to seek BCorp accreditation as have several companies, Havas leading the biggies. Serious investors are beginning to value and require it.

There’s also an opportunity for a few smart people to set themselves up as sherpas in this new space. Better that than yet more investment in HR and D&I anyway.

None of this is fanciful, let alone impossible.There’s a way, but it must be matched by a will.