How do we get to an effective metaverse? 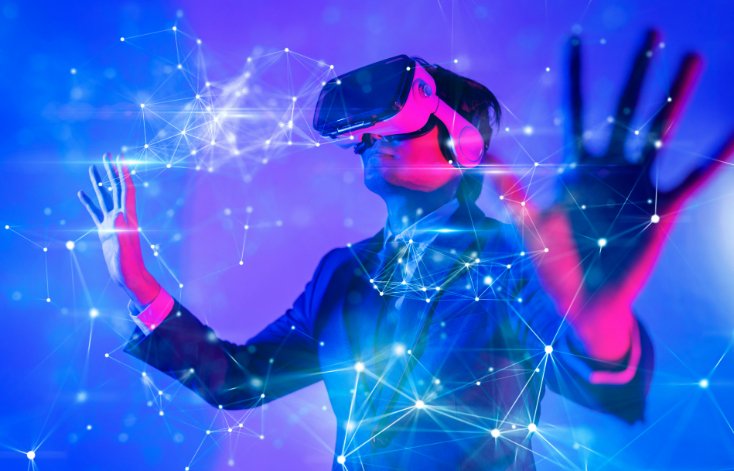 Many have jumped on the metaverse bandwagon, but has the end user been forgotten?

In homage to the famous old Victor Kiam ads from the seventies for Remington shavers, Mark Zuckerberg was so taken with the notion of the metaverse that he renamed his company Meta after it.

It was nothing to do with trying to distance the corporate, holding entity from the litany of scandals, failures and downright nefarious behaviours perpetrated on Facebook’s 2.2 billion-strong user base over the years, of course.

He also appointed an ex-UK coalition Deputy Prime Minister to head his corporate affairs juggernaut, who is now thrust into further prominence by the defection of Zuck’s longstanding right-hand person, Sheryl Sandberg of Lean In fame.

So has Instagram head Adam Mosseri, whose move is coincident with an abrupt and high-profile Kardashian-led volte face over new app features aimed at counteracting TikTok’s recent successes just as many tech and new media behemoths report subscriber numbers and/or revenues slowing.

There’s a good piece from Rishad Tobaccowala about TikTok’s success here. By the way, if you’re a fan of the Kardashian freak show, have a shoofty at The Yorkshire Kardahsians on TikTok.  Made me laugh anyway. A TV series surely beckons…

Back to more serious matters, since Zuck’s Damascene conversion to all things Meta— and his migration towards it and away from the day-to-day chicanery that makes him and his company one of the richest the world has ever seen— much dewy-eyed evangelism has ensued.

He’s not alone.  Many have jumped onto this latest bandwagon, albeit for different reasons. Not just the Musks and Vaynerchuks who have found that one of the best (and oldest) ways of making lots of money is to invest early and cheap and then exhort lots of other credulous folk to invest alongside them as they exit. In investment, timing is everything.

But there are some perhaps genuinely-motivated people in there too. I’m not talking about the agencies that habitually get frothy about each new thing, the merits of which are not a barrier to entry, only a determinant of how long the froth lasts.

And all kinds of new tech wizardry are being displayed or, more likely, forged. For your entertainment, here’s an example of some top-notch doggerel that degenerates into shameless puff for ‘advanced’ telephony services— from someone at Ericsson, natch.  It does contain one good point on enhanced privacy, but one which promises only to benefit enterprises, not consumers.  h/t Nigel Walley.

Whether the metaverse will be as lucrative as adtech and ad fraud (now reputedly the world’s biggest earning criminal activity, surpassing human trafficking and drugs) will determine the quality of the minds that apply themselves to it.

He might just be saying this, but he offers some refreshing— and refreshingly different— ideas about content, funding, user data and privacy, legislation and regulation. Especially in the context of yet further delays in Google’s sunsetting of third-party cookies and the titanic tensions now well-established between adtech and privacy.

For example, he seems to agree with Ad Contrarian Bob Hoffmann— and me for what it’s worth— that tracking is the root cause of much abuse of the internet’s promise.

(I know I’ve said this before, but if you don’t subscribe to @adcontrarian, you should. The definitive independent voice of reason in the ad/tech world and a trenchant critic of the influences that have made so many things go seriously awry in advertising).

Back to Narula, he posits that in an effective, working metaverse, users should own their own data.

And that an ad-funded “free” model will not work. Rather he sees “in-Metaverse purchases” funding it. Merch and enhancements, I guess.

Hopefully not worthless non-fungible tokens, though. Another example of how some tech-savvy types can make big money from a bubble. You’ve got to admit it’s clever, even if it’s not exactly new, the only difference being that the assets are spectacularly intangible.

Industry insight doyen and all-round good egg Frank Harrison of Croft Analytics has some interesting succinct observations (though no thanks to LinkedIn for impeding their sharing).

Like me, he sees intriguing upsides but serious downsides. Against undoubtedly greater immersion (question— is that what we really, actually want?) are balanced with loss of authenticity and a further rise of digital fakery; loss of intellectual property rights as everything is instantaneously copiable; rising fraud and identity theft; hacking and one I hadn’t dwelt on, the biases of the AI which will underpin everything.

Undeterred, some big brand owners are crowing about their early metaverse forays – this from Unilever’s corporate channels, for example. The investment community must have an appetite for scale legacy businesses doing a bit of Dad-dancing.

Where Narula is right is that, whatever big tech’s protestations, the end user is missing from the conversations, whether about privacy and safety or more matters more parochial to us like tracking, fraud, ad loads, subscriber declines and revenue slowdowns.  Hopefully the current revenue outlook will change that.

Happy holidays for those fortunate enough to be having one!