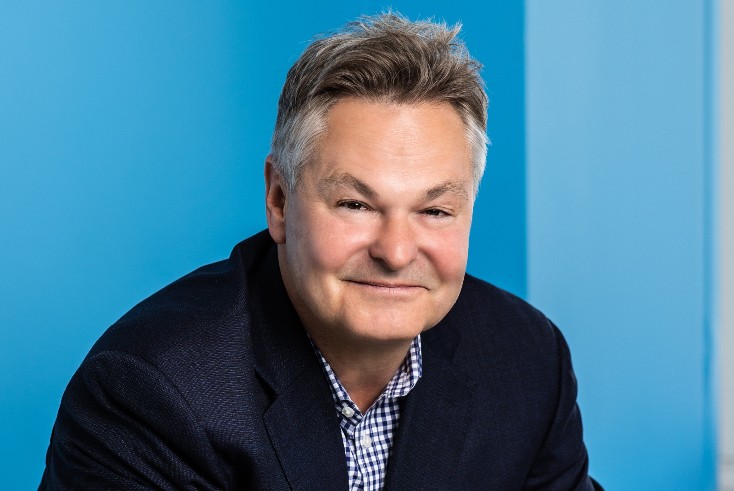 ScreenVision CEO John Partilla discusses how cinema and streaming companies have become “strange bedfellows”, the long-tailed recovery of cinemagoing, and how his pitch to advertisers no longer need be defensive.

Cinema has had one of the most difficult two years in its history. Following pandemic lockdowns and a poorly-timed explosion of Omicron cases over the holiday season in 2021, cinemagoing dipped tremendously, and still has yet to recover to pre-pandemic levels.

But ahead of the holiday season this year, CEO of US cinema advertising company Screenvision John Partilla is finally seeing “rays of light” following the “hurricane” and “rainstorm” the industry had been suffering under.

This year, cinemagoing is still on track to receive between 67%-70% of admissions as compared to 2019, with Partilla expecting that number to increase to 80%-85% in 2023. And while Partilla was delighted to announce in an interview with The Media Leader that Screenvision expects to double its ad revenues from last year and grow a further 35% in 2023, he admitted that it was from a “low base”.

Cinema advertising peaked in North America in 2019 at around $1bn in spend, but plummeted during Covid. Screenvision’s strong year-on-year growth still equates to just 60% of pre-pandemic revenues, with an aim to reach about 75% next year.

What’s behind the long-tailed recovery?

For Partilla, though doubtlessly there are some individuals who are still too cautious about their personal health to feel comfortable going to theatres, the bigger contributing factor this year has been the relatively weak product slate.

While Marvel’s Black Panther: Wakanda Forever this month broke November records for opening weekend box office by raking in $181m, and Avatar: The Way of Water appears set to attract a massive global audience, Partilla admits that if you aren’t a fan of big budget Marvel and DC superhero flicks or nostalgic blockbusters like Top Gun and Jurassic World, this probably wasn’t a particularly compelling year for you to go to the movies.

The dearth of more diverse releases is due primarily to Hollywood’s own supply chain issues as the industry emerged from the pandemic. Cinema audiences likely went to the movies less in part because fewer films were being screened in theatres in the first place—according to Partilla, the number of movies screened at more than 2,000 screens totaled 60% of 2019 levels.

The picture was much the same in the UK. Karen Stacey, CEO of British cinema advertising company Digital Cinema Media (DCM) agreed with Partilla, saying that much of the challenge this year has been due to the “hangover of post-production delays from the pandemic”.

“This isn’t a poor reflection on the industry, but more that admissions numbers have reflected the content available for audiences,” she added.

UK cinema admissions have trailed pre-pandemic numbers by similar values as in the US.

“I think getting those other people back that have been laggards is partially because of Covid and safety and just breaking that seal for moviegoing, but I think part of it is just there hasn’t quite been enough product to pull those laggards back in.”

Partilla told The Media Leader that in terms of adspend, most sectors are back in, they just aren’t yet investing at pre-pandemic levels.

But one spender leading the charge is, perhaps surprisingly, streaming companies. They have doubled their adspend at Screenvision this year to become one of their top three spending sectors.

“To me, that’s a great acknowledgement that we’re not mortal enemies,” says Partilla. “That high entertainment individuals […] tend to have high consumption both at home and out of home. They feed the other; they don’t conflict.”

According to Gallup, in a typical (non-pandemic) year, Americans historically see around five movies per year in cinemas (that number dropped to just 1.4 in 2021). To Partilla, that leaves a lot of room for both cinemas and streamers to address the same audiences in different locations and at different times.

As such, the relationship appears, at least for the moment, to be mutually beneficial. With the recent launch of Netflix’s ad tier and forthcoming launch of Disney+’s, Partilla notes that early trends suggest ad dollars aren’t flowing out of cinema toward streaming services, but out of linear TV.

In fact, Partilla believes streaming companies have realized that they have been taking for granted the value of the exclusive theatrical window.

“It’s still the engine that drives the downstream value, including when a property hits streaming later”.

That understanding is what has driven leaders like Warner Bros. Discovery CEO David Zaslav to embrace and defend the theatrical window, even if it has been shortened from 90 days pre-pandemic to around 45 days now.

‘Commercial opportunities may be done a little less cookie-cutter’

Of course, with the increasing popularity of streaming films and the decreased exclusive theatrical window, cinemas are needing to get more creative to attract more butts in seats.

Earlier this month, AMC Theatres announced it was partnering with Zoom Communications to utilize theatre space for conference rooms, and Partilla has seen a variety of smaller theatres across the US experiment with what he calls the “community hub model”, by playing more foreign films to attract new viewers interested in learning about other cultures, or hosting events like live music or live sports simulcasts.

“The core of the business may come back to be 85-90% of where it was,” admits Partilla. “But the theatre owners are really looking outward to find different ways to supplement those lost dollars.

“In every one of those cases [they offer] commercial opportunities for advertising and branded partnership, that may be done a little less cookie-cutter.”

And, though ongoing concerns of a recessionary macroeconomic environment persist, Partilla is nevertheless optimistic that cinema will remain on its path to recovery. In fact, he intends to change his pitch to clients going into next year to go on the offensive rather than defensively asking advertisers to come back as cinemagoers have slowly returned.

He wants every advertiser to allocate a minimum of 1% of their budget to cinema advertising.

The new pitch: “There is no greater platform for brand resonance and brand engagement and return on attention – the things that you, Madison Avenue, tell us you are seeking, than the cinema advertising experience. […] That is our sweet spot. Come back to us.”