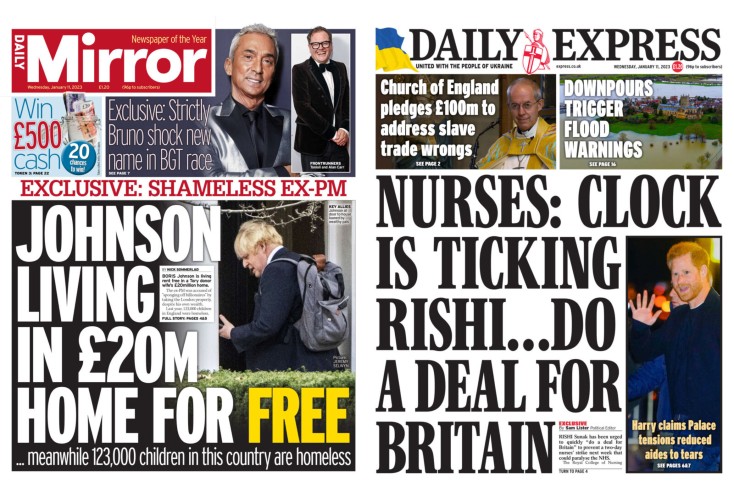 Newspaper group Reach has reported an overall year-on-year revenue decline of 4.2% for the fourth quarter of last year, with digital and print advertising revenues dropping by 5.9% and 20.2%, respectively.

However, print circulation revenue ticked up 1.8% in Q4 in a sign of some readership resilience.

Given the less profitable revenue mix of slightly stronger circulation but significantly lower advertising totals in Q4, Reach’s board now expects operating profit for fiscal year 2022 to be below the current market consensus by mid-single digit percentage.

Digital revenue increased 1.0% throughout the course of the year, notwithstanding the drop in Q4.

Reach CEO Jim Mullen attempted to display confidence despite the declining revenue. He stated: “While the macroeconomic environment remains challenging for the whole sector, we are continuing to deliver on our strategic priorities.

“Consistent growth in audience engagement, an increasingly active user base and a growing pool of customer data is supporting a higher quality digital mix, with data-led, strategically driven revenue c. 30% of our digital business.”

Mullen added that Reach’s 4% increase in page view growth for the year has “outperform[ed] the publishing sector” and that the company is confident its planned expansion in the US this year will drive more sustainable growth for the long term.

Mullen described the near term, however, as unsettled. He expects current market headwinds, which Reach described as having created “advertising weakness and prolonged cost inflation”, to continue in 2023 and would seek to cut costs as a result.

In total, Reach plans to find £30m in savings this year “to help mitigate the impact of macro pressures and support our investment in transitioning to a more digitally-led and profitable future for all stakeholders.”

Cost savings are expected to come through the “simplification of central support functions, supply chain efficiencies in print and distribution, and accelerated removal of editorial duplication”.

An internal memo obtained by The Guardian and communicated to employees on Wednesday revealed that around 200 roles are expected to be made redundant as part of the measures.

Shares of Reach declined by over 26% on the news in this morning’s trading.