Netflix needs to offer more than a ‘tax on poor people’ 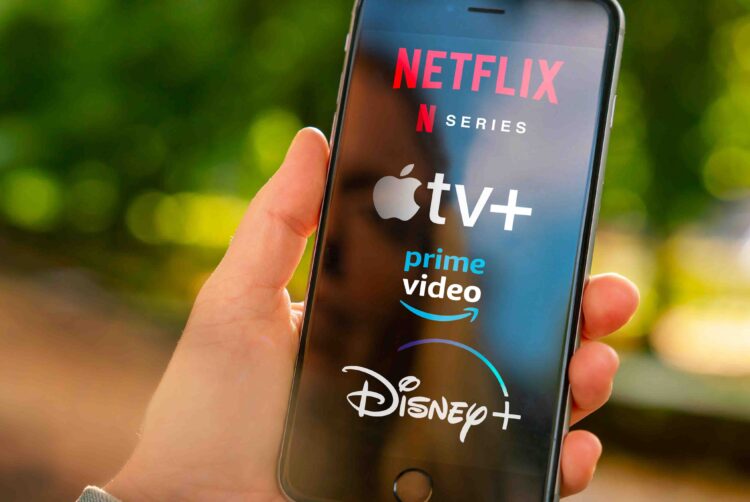 Rather than let itself become just another player in the freemium space, Netflix should take a bold and pioneering approach to advertising that makes it more than a “tax on poor people”, writes the editor.

“I’ve been against the complexity of advertising and a big fan of the simplicity of subscription.”

Joint CEO and Netflix founder Reed Hastings (quoted, above) has apparently lost his nerve. Next month will be 20 years since Netflix’s stock began trading as a public company and, whether as a DVD rental business or a streaming video service, we’ve gotten used to being told the product was strong enough to wash its face with subscriptions alone.

All this changed with last week’s earnings call in which Netflix announced a subscriber loss for the first time in a decade.

Suddenly Hastings has realised that: “allowing consumers who would like to have a lower price and are advertising-tolerant get what they want makes a lot of sense.”

Perhaps Hastings was being disingenuous. This could be a case of telling investors what they want to hear. Or is it a distracting PR strategy to get journalists to write something other than “Netflix loses subscribers”?

No longer so easy

It’s hardly a novel online strategy for an online media company: offer a free or low-cost tier supported by ads and a premium no-ads option supported by subscriptions. If you can’t name 20 media owners that do this right now, you should quit your job in media because you aren’t paying attention.

Netflix needs to be more imaginative in order to withstand the “headwinds” that are euphemistically coming its way.

It’s actually somewhat disturbing that Netflix still needs to “figure out” introducing advertising or not over the next year or two, as Hastings went on to say. The subscriber loss and share price plunge were not just likely, they have been expected.

Despite the joy and convenience that Big Tech has given us over the last decade, had become overvalued during the pandemic. Even before that, historically low interest rates in the UK and US over the last decade have encouraged an explosion in private-equity and venture capital activity. The runaway successes of Apple, Facebook, Google and Amazon even created an aura of invincibility around tech in media.

This has coincided with new markets being created. There is a now a global streaming ‘war’ in which Netflix competes with Apple, Amazon, and to a lesser extent national broadcasters, for what we gruesomely call ‘eyeballs’. ITV, the UK’s biggest commercial broadcaster, is betting on ITVX as its long-term streaming solution.

But now inflation, for various reasons, is skyrocketing, which means interest rates are expected to go up significantly over the next 12-18 months at a minimum. Streaming companies can no longer rely on easy stock-market money flowing in, while the explosion in content supply is making consumers reconsider whether they need Netflix and Amazon Prime and AppleTV+ and Disney+.

As I’ve previously written, Apple in particular holds a significant advantage by being dominant in the UK and US smartphone and tablet market. But Amazon has the wider ecosystem to offer as part of Prime, while Disney+ has the motherlode of Marvel, Star Wars, 20th Century Fox and Disney content.

Netflix was the most imaginative first-mover in the streaming space and needs to recapture that creativity to keep succeeding.

If all you do is offer ‘free content’ for ads, without giving much thought to the user experience or quality of advertising, you’re just buying in to the Scott Galloway trope of advertising being a “tax on poor people”.

Advertising is a tax the poor and the technologically illiterate pay.

If you could pay $4,680 to extend your life by a year, would you?#nomercynomalicehttps://t.co/FGrteqFduR

Advertising is fundamental to how we pay for media and should not be seen as a necessary evil.

If advertising is crap, make it better. If some advertisers are suspicious, don’t take money from them.

Be better than ‘skip ad’

But take a company like Mirriad, which uses artificial intelligence tech to manipulate video. Netflix, as a global media company, can strike bespoke product placements deals for the same shows: a Squid Game character is holding a Coke in one market but may hold a Pepsi in another.

Or look at the many ethical media companies which have launched in recent years, such start-up The Goodnet, which The Media Leader profiled last month. These companies primarily focused on the Open Web advertising and enable brands or consumers to channel their respective adspend or attention towards ethical or sustainable causes.

If Netflix is going to carry ads, why not be bold and say which brands and sectors they are prepared to let in, and which are not?

They could put their stamp on advertising creative, too, by setting clear parameters for how ads should be built for Netflix instead of just making the mistake of YouTube and inviting brands to run cheap versions of TV broadcast ads and inviting users to “skip ad”.

In short, Netflix needs to take the same approach to advertising as it has for running ‘content’. Focus on the user first and foremost and try to offer the them the best advertising experience in the world.

And finally, what does Netflix give me in return for being a loyal customer for more than five years? Nothing. I don’t get any exclusive content, I don’t get to see premieres before anyone else, and I don’t get any discounts.

Put another way, there is no disincentive for me to cancel Netflix and join again a few months later when the new content has arrived – I suspect many others are doing this too.

Netflix has changed the game when it comes to watching TV and film. It should apply the same pioneering spirit to advertising, too.

100% Media 0% Nonsense – Get the editor’s column in your inbox on Monday, with the latest news, analysis and opinion on The Media Leader. Sign up here.