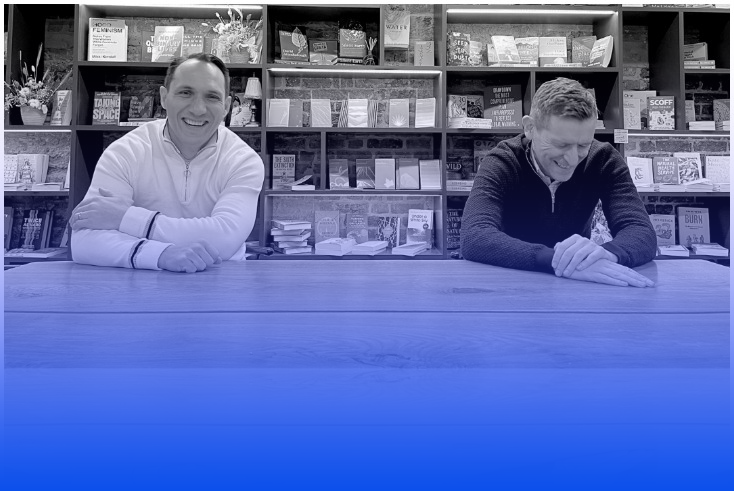 The industry is seeing a wave of brands, publishers and advertisers ‘waking up’ to the importance of responsible and ethical media. So what sets two ex-Global execs’ sustainable start-up apart?

Guy Jones and Oliver Deane’s “advertising network that does good”, The Goodnet, has been trading for over two months now.

It may seem like a new initiative dreamed up by two former Global colleagues amid a flurry of video chats during the pandemic, but it’s actually the result of a sustained period of consideration since the first lockdown. And a range of similar and not-so-similar businesses have emerged in the ‘ethical media’ space, too, in recent years.

“Everyone we have been speaking to has said this is something the industry needs,” Deane tells The Media Leader. “Collectively, as a society, this is where we are moving towards.”

“Good” in this instance could be greener, healthier or fairer. The Goodnet curates a network of publishers satisfying this criteria which it then makes available to suitable brands and advertisers.

Jones and Deane had joked in the pub in the past about starting a business before, but decided during the first lockdown in 2020 to “reject the security” of their jobs at Global, where they had been for five years and eleven years respectively, to found The Goodnet.

Jones explained: “We have a genuinely held belief advertising can and should do good in the world. It is a means of funding and driving positive consumer change.”

Deane said they wanted to use their “experience of reputation building” they had gained at Global’s Digital Ad Exchange (DAX) and other companies in their career.

Deane was involved in DAX from the beginning as director and also had stints as director of commercial outdoor and commercial digital at Global, while Jones was product, data and DAX director for a year after three years as commercial operations director at DAX worldwide.

Prior to Global, Deane was agency group head at Clear Channel Outdoor for nearly three years and Jones had previous roles in digital revenue at Immediate Media, programmatic advertising at eBay and business development at The Guardian.

Even with the industry’s newfound focus on sustainability after COP26, funding content that inspires people to live “good” lives is not being talked about enough and just stopping funding hate is “a fairly low bar”, Jones added.

Jones also said The Goodnet is focussed on making the process transparent, reliable and increase monetisation for publishers and advertisers.

The Goodnet could be seen as part of a wider trend of brands, publishers and advertisers realising the importance of media as a force for good.

Responsible and ethical media and sustainability have been something many media leaders and agencies have been talking about in recent times. Earlier this month Havas Media Group’s head of planning Jackie Lyons told this publication it is almost an obligation for media to do more to give back. The UK’s biggest media agency, meanwhile, MediaCom, has launched a sustainable planning network.

The Goodnet’s initiative is perhaps not so dissimilar to what Brand Advance has done for minority publishers and embodies the values The Conscious Advertising Network has included in its manifesto.

What makes a ‘good publisher’?

For publishers, there are four criteria the Goodnet sets related to subject, editorial quality, ad quality and ownership which they must pass to be included on the network.

Subject relates to the site operating in the sustainability space and/or producing content that educates and inspires people to live greener, healthier and more socially positive lives.

Quality covers the editorial content alongside the number of ads per page, and use of a consent management platform

Who the site is owned by or associated to is examined, and if this is a business that has a negative impact like a fossil fuel company, the publisher would not be eligible to join the network.

Pebble Media and mindbodygreen are two publishers that have already passed these criteria to join The Goodnet.

For advertisers that want to use this network, the criteria are slightly different and are designed to avoid “greenwashing”, or using sustainable language to mask unethical practices.

Deane described this as “a sliding scale”, adding: “At one end are businesses who put the heart of what they do, and are natural partners for us. At the other end are certain industries who inherently don’t share our values and who we would not work with (fossil fuels and gambling). In the centre, we assess campaigns on a case-by-case basis. For example, a financial services company saying ‘we are green’ is not a message we would take, but the same company specifically promoting a green investment fund is.”

There are two routes to buy in The Goodnet, via programmatic (DV360) or a managed service.

He added:  “Brands should use us as it is where consumer is going. Consumers are more likely to buy sustainable products and sustainability is becoming a major reason people choose brands.”

He gave the examples of those putting environment at the centre of their lifestyle inspired by COP26, compared to new parents who are looking for practical advice.

Deane mentioned The Goodnet wants to lead by example by following the UN Sustainable Development Goals, aiming to be a carbon net zero company and committing to donating 2% of profits to climate projects around the world.

The next step on the five-year plan Jones and Deane check progress against every day is to scale up and hire, although business is already progressing fast.

Jones said: “Things are moving quicker than we expected. We thought branded content would launch at the end of Q4 but actually we are already doing it in Q2.”

Branded content includes branded articles, video, social posts, email, influencer content and purpose campaigns which will be available via publishers on the network.