Is LBC the new BBC?

LBC seems to be profiting from a confluence of trends, as well as the BBC’s misfortune.

At the time of going to press, this week’s Rajar figures remain under wraps. Once-in-a-generation state funerals aside, however, I’d be surprised if there wasn’t further evidence of LBC’s encroachment — or at least encampment — on the BBC’s heartland of news and current affairs.

As a media commentator rather than practitioner, I don’t have a dog in the radio race (or ‘audio’ as it should properly be known) and nor do I mean to extrapolate from my own listening habits. Samples of one are best avoided, after all, at least as a predictive base.

On the one hand, the ongoing talent drift from the BBC must surely pre-figure some kind of audience drift. Though the hold of celebrities on audiences is often overstated (as evidenced over the years by TV stars whose ‘transfers’ go awry) radio is a famously intimate medium…and the relationship its best presenters forge with their listeners is a thing to behold.

Visiting Radio 1 on agency business one day, I was alerted that no lesser star than Beyonce was in the building. Hence the mighty throng of paparazzi and fans crowding the streets outside.

“This must be the busiest it’s ever been?” I suggested to the BBC’s security guards.

“Nah, this is nothing like as busy as when Terry (Wogan) left. There were TOGs (Wogan’s superfans; ‘old geezers and gals’) as far as the eye could see.”

Likewise, for a different cohort: the hole left by Jane Garvey’s departure from Woman’s Hour in 2020, and now from the BBC altogether (in her case to host a weekday afternoon show and start a podcast for Times Radio).

So talent matters and — whether it is leaving because of salary transparency, editorial timidity or otherwise — it takes custom with it, and delivers it into the hands of advertising — rather than licence-fee funded players.

LBC isn’t the only winner in this war for talent — and likely ratings — but it has certainly parked its tanks on the BBC’s lawn.

LBC benefits from a confluence of trends

Fifty years ago, as the London Broadcasting Company, LBC was the UK’s first commercial radio station. Several changes of ownership later — most recently its acquisition by Global — and with an astute rebranding to reflect its emergent nationwide reach and listenership, it is an altogether different beast.

Since 2014 LBC has claimed to be “Leading Britain’s Conversation”. With Nigel Farage and Katie Hopkins at the wheel, this often felt like wishful thinking (the former is arguably better known for misleading Britain’s conversation).

But with their ejection and addition of broadcasting heavyweights like Mair, Fogarty and Marr (albeit that the former has now retired), LBC might now actually be doing just that: feeding and in turn being fed by perspectives on everything from party politics to oil protests and the DVLA.

Whether by luck or judgement, LBC seems to be profiting from a confluence of trends, as well as the BBC’s misfortune.

We increasingly live in an age of reference (“what do others think?”) rather than deference (to experts); an era of participation that the phone-in has long been a forerunner of; and amidst a news ecosystem that is increasingly fragmented, under-resourced and bifurcated into the partisan on the one hand, the dangerously bland on the other. (The BBC could never now claim to be leading Britain’s conversation, but of course that’s exactly what it used to do.)

Right now, there is surely no better broadcasting relay race than Nick Ferrari at Breakfast (a show whose title alone makes me smile) handing over to the magisterial James O’Brien, perennial scourge of Messrs. Johnson and Rees-Mogg.

LBC’s (or Global’s) only black mark? The composition and creative poverty of its advertising breaks. Perhaps it can’t do much about the former: Mr. Market will always send radio its trusted traders, its dental implant practitioners and its ‘clever accountants for business’.

But the most insistent voice on its airwaves — in this listener’s experience at least — is that of Harry Redknapp, global ambassador for BetVictor, exhorting us to gamble in amongst the frequent invitations to declare bankruptcy.  (Spoiler alert: BetVictor is owned by the Global Radio founder’s father.)  And the occasional editorial intrusion by top tier advertisers is something to be snuffed out if its advertising practice is to line up fully with its newly authoritative editorial footprint.

On the other hand, Global is to be congratulated on its Consumer Trust Initiative, and specifically its thoughtful reform of disclaimer malpractice: those Ts & Cs that bedevil the listening experience without meaningfully caveating advertising messaging.

Its bigger win in turbulent times, however, is as owners of the emergent ‘go to’ station for opinionated (or at least honest) news broadcasting and popular engagement in the affairs of the day. Global’s investment in LBC is a gamble that seems to have come off, and not just for its owners. 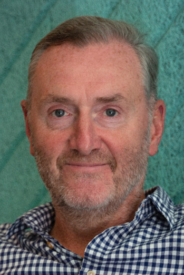 >> Visit The Media Leader tomorrow for the most comprehensive analysis of the latest Rajar reports and the state of UK radio.
>> Read our previous Rajar coverage here.