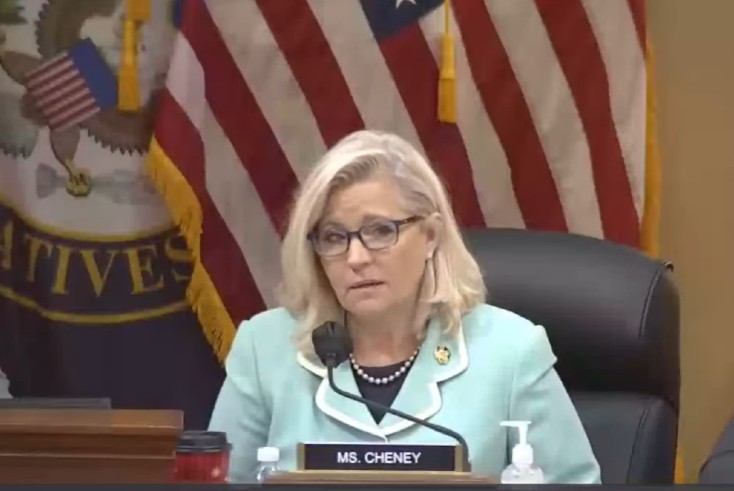 Despite the primetime timeslot creating increased reach for the January 6 Committee’s hearing last Thursday, over three quarters (77%) of viewers were aged 55+, according to Nielsen.

The stark contrast in viewership highlights the difference in how younger audiences consume news.

In June, the Reuters Institute for the Study of Journalism’s annual Digital News Report found TikTok was the fastest-growing news platform in the world, primarily driven by young audiences.

An Ofcom study last week also found that TikTok’s reach is now on par with Sky News’ website and app in the UK, with the short-form video platform becoming the fastest-growing news platform in Britain. 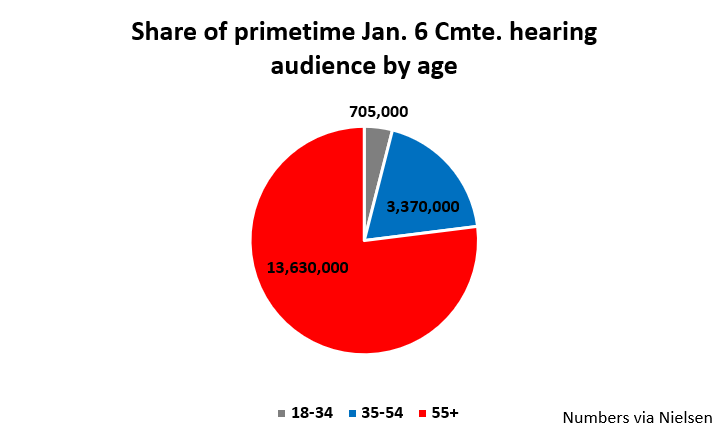 Nielsen ratings do not capture audiences across social media platforms or streaming, where younger viewers tend to watch events or receive short summaries of information from the two-to-three-hour-long broadcast.

The current lack of measurement ability across different media channels has created a challenge for advertisers and the committee alike, as it is ultimately unclear precisely how many individuals—particularly the key Gen Z and Millennial voting blocs—tuned in.

The largest share of TV viewership across the ten networks that aired the hearing belonged to MSNBC, with around 4.7 million viewers. The outlet said it was its largest primetime audience since the event the committee is investigating—the insurrection attempt on 6 January, 2021.

The daytime hearings, of which there have been six, have averaged 11.2 million viewers.

Daytime audience peaked at 13.2 million during the testimony of Cassidy Hutchinson, former top aide to Donald Trump’s chief of staff Mark Meadows, on June 28. The witness testified that she was told the former president forcefully attempted to steer his car toward the Capitol even after the Secret Service told him it was not possible to go.

The hearings were produced by former ABC president James Goldston, who helped incorporate impressive visual and audio aids into the heavily-scripted storytelling about the committee’s findings.

Fox News carried neither of the primetime hearings, opting instead to show its usual slate of primetime pundits, but did carry all daytime hearings.

The committee is slated to convene more hearings in September as it continues to receive new evidence about the conspiracy to undermine the 2020 election, attack the Capitol, and overthrow the democratically elected government.