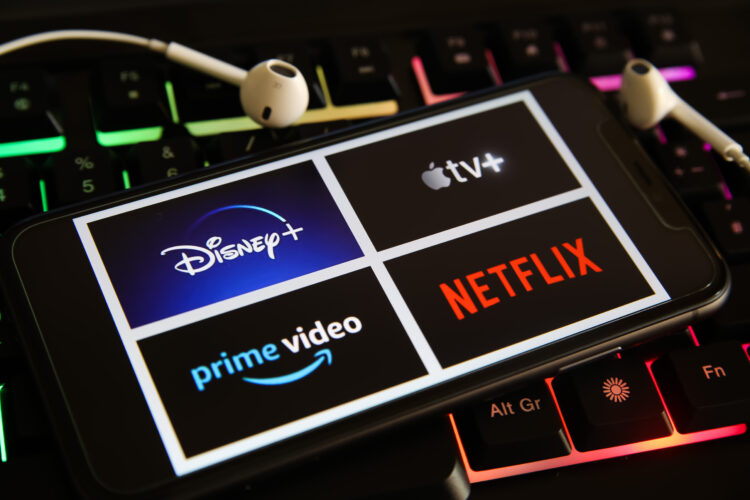 Western Europe is forecast to have 238 million SVOD subscriptions by 2027, up 44% from the end of last year, driven by a surge in Disney+ sign-ups.

American streaming companies are set to continue dominating the European market, with six US platforms—Netflix, Amazon Prime Video, Disney+, Paramount+, HBO, and Apple TV+—combining for 81% of all SVOD subscriptions by 2027, according to Digital TV Research. 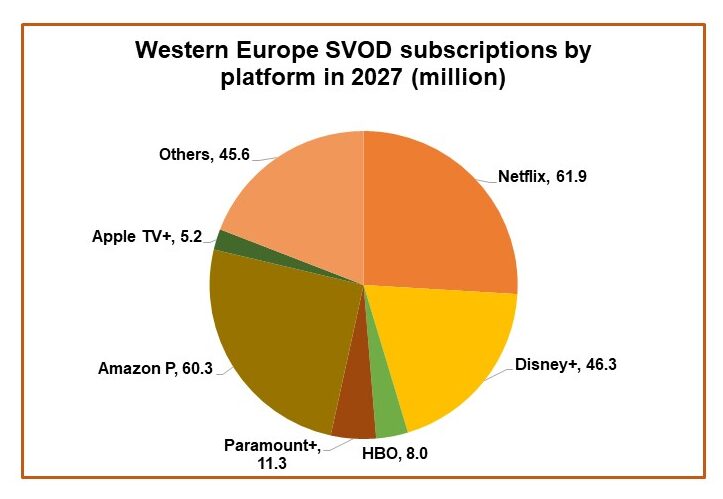 “Netflix will slowly lose SVOD revenues as we assume that it will convert its cheapest tier to a lower-priced hybrid AVOD-SVOD tier,” Digital TV Research principal analyst Simon Murray explained.

Netflix will debut its new ad tier on 1 November, according to reports, and has signalled it will not launch with third-party measurement or broad targeting options. Rumors are that the company is targeting CPMs of around $65.

“Any SVOD revenue shortfall will be more than covered by its AVOD revenues,” added Murray. “Netflix will remain the SVOD revenue winner, although its share of the total will fall from nearly half in 2021 to a third in 2027.”

Streaming companies have recently been hiking prices in part to keep up with rising inflation. In August, Disney increased the price of Disney+ by $3/month. Its new ad tier, which will launch in December, will cost the same as its ad-free tier previously cost.

Murray states, however, that “we do not expect many more price rises due to the intense competition.”