British Invasion: why 2023 is the right time for Reach’s US launch 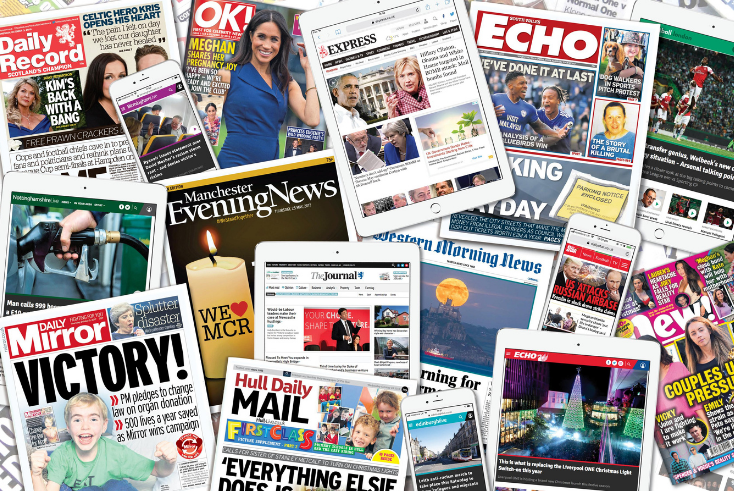 In the first of a series on British newsbrands’ expansion to the US market, Reach’s chief digital publisher discusses the editorial and business strategy behind launching US versions of the Mirror, Express, and Irish Star.

In December, British publisher Reach announced it would be taking a number of its properties, namely the Mirror, the Express, and the Irish Star across the Atlantic, launching dedicated US operations throughout 2023.

The move to grow their audience comes at a challenging time for Reach, as the publisher last week announced it would be cutting costs—but not the planned US expansion—following a decline in advertising revenue among its UK properties.

David Higgerson, Reach’s chief digital publisher, sat down with The Media Leader to discuss the timing of the launch, the initial editorial strategies of the various titles’ US operations, and what Reach has learned from other UK newsbrands who have made the jump over the past decade or more.

The various planned launches for the Mirror, Express, and Irish Star are occurring following similar US launches by other British newsbrands, including The Guardian (2011), the Daily Mail (2014), The Independent (2015) and The Sun (2020).

But for Reach, now the timing is just right, says Higgerson.

“We looked at the US periodically during that time, and we always felt the customer value strategy gave us something different that we can do in the States. At the same time, we’ve seen the audience growing steadily in the US particularly for the Mirror, the Express, and also for our regional titles—as Premier League Football has continued to grow in popularity.

“So it’s the confluence of those two factors—the growing audience and the impact of the customer value strategy that gave us the confidence that the time’s right now.”

Commenting on the recent trading update, he added: “2023 is going to be a tough year — and we’ve already had to make some difficult decisions because of that. But moves like this give me great optimism about our business is just continuing to grow. This launch has already created so many genuinely exciting opportunities for our journalists — we’ve been overwhelmed by the internal interest alone.”

The gap Reach is seeking to fill in the US market is “different for each of our titles”, according to Higgerson, with the Mirror looking to expand its global coverage on celebrity and showbusiness and the Express seeking to appeal to a gap for a “soft right-of-centre positioning”.

‘Know what we want to do differently’

As part of the expansion, Reach has made a number of new US-based hires for their titles, which will allow for a more “fuller service” covering US topics. For Higgerson, the goal is to become newsbrands that are “as relevant to American readers’ lives as the UK brands are”. 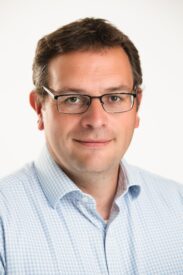 While not seeking to compete in local news, Reach’s titles, namely the Irish Star, are hoping to tap into core, personal and communal identities.

For example, in advance of the launch, Reach looked at demographic data in the US for people with Irish heritage. Given the large Irish communities in the northeast in states of Pennsylvania, New York, and Massachusetts, the Irish Star has hired reporters to cover the region in hope that both the US news, as well as the news out of Ireland, provides a good mixture of relevant material.

Equally, Higgerson (pictured) hopes that readers based in Ireland feel more connected to the Irish communities in the US.

He adds: “It’s really important that you don’t just assume that you’re going across there and there’s going to be sort of bagful’s of new readers and pages available to you. We want to go across and know which audiences we want to reach, what we want to do differently, why people should choose us. […] And that’s why I think some of the other publishers […] have done very well.”

‘Everybody is your competitor’

Though the Mirror, Express, and Irish Star‘s performance will doubtlessly be compared to prior British entrants, Higgerson does not see their offering as in direct competition with anyone in particular, but with newsbrands in general.

“When you arrive as the new entrant, everybody is your competitor because realistically the potential for news consumption for any individual is finite,” he says, adding: “the key for us is what are we going to do differently so that we start to stand out”.

In terms of building out the US business, Higgerson signalled that Reach intends to leverage existing relationships with Google, Meta, and large global media agencies to help with the initial advertisement offering to drive revenue.

‘How do we actually be useful to readers?’

The decline of trust in news is on the minds of the executives at Reach. One example of the impact, which according to Higgerson seems “flippant” but nonetheless exemplary of the problem, is that their football writers get regularly maligned when simply reporting on if a team has performed badly; something that they didn’t used to see 10-15 years ago.

Concerns around trust take on added salience for newsbrands that are tasked with building their reputation in a new market.

“If people discover you from day one, you invite them in, you share your work and people get to know us, that helps massively with the trust in news issue,” says Higgerson.

However, though he admits trust in news has been one of the major, constant challenges for Reach’s newsbrands, Higgerson actually believes the biggest challenge today is that of news avoidance.

“We can sort of beat our chest and say ‘We’re journalists, we do news, it’s important, it enriches your life to read it or watch it or listen to it’, but people are often scared about what’s going on around them […] and just constantly seeing the news play to [those stresses] just serves to enhance that sense of anxiety.

“To me, the solution to that is not to just double down on what we do, but to pause and look around and ask ourselves: how do we actually be useful to readers? […] That’s the way to build a relationship which means that news avoidance becomes less of a thing because people are valuing you for having a use in their lives rather than being the person that turns up with a bunch of bad news every day.”

In the next instalment, The Media Leader will dive into the editorial and business strategy of another UK newsbrand’s recently launched US offering…