Why the future of media is about exploiting adjacencies 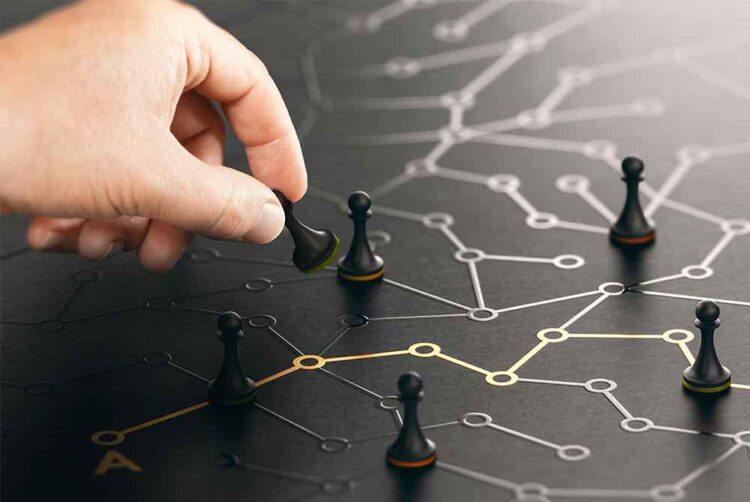 Nearly 20 years ago, two researchers explained how to reach sustained and profitable growth by making ‘adjacency moves’. What can media companies learn during this time of change?

Media is the future. Media continues to be a source of information, access to entertainment, and a powerful tool for speech and business. The media industry is fundamental to society and the economy. While the industry is rightly going through its long overdue digital transformation, accountability, and unfortunate volatility, it will stand as it always has.

In 2003, Chris Zook and James Allen documented their research findings on sustained profitable growth in their article “Growth outside the core”. Allen and Zook conducted a five-year study between 1995 and 1997 that tracked 1,850 companies across industries and analysed 181 adjacency moves. Their research found that the most sustained profitable growth comes “when a company pushes out the boundaries of its core business into an adjacent space.”

This insight led Allen and Zook to provide six ways to grow into an adjacent space.

The media industry was not the focus of Zook and Allen’s research. Also, ‘adjacency’ is a known strategy. However, the six steps Allen and Zook outlined in 2003 provide a roadmap for what is and will continue to happen in media. Let’s explore.

Expansion along the value chain

Creation, asset and information flow, and monetisation are the broad categories comprising several components in the media value chain. Media companies have decided to take an M&A approach to expand along the value chain, continuing over the next five years and beyond.

Over the next five years, media companies will lean into Augmented Reality (AR) and Virtual Reality (VR) to rapidly grow new products and services. Research and Markets reported that the AR and VR Market is expected to grow from $28bn in 2021 to $252bn by 2028.

Print publications have already started experimenting with AR, with Metro and Barnaby publications as early adopters. British Vogue and Snapchat opened Cannes Lions with the first ever AR fashion show allowing consumers to engage with luxury brands in an accessible and creative way.

Sometimes the past will be the future. Rupert Murdoch’s News Corporation saw double-digit growth because it provided a digital service to its audience. While companies will lean into AR and VR opportunities, others will continue their digital transformation in the next five years.

In addition, as Web3 applications become more mainstream, especially since consumers can participate without monetising their data, brands will be able to build trust and effectively engage with consumers through Web3.

The race to Africa is alive and well. Twitter and Netflix identified very early the opportunities Africa provides for the industry. From Twitter’s 2021 announcement of its African headquarters in Ghana to Netflix’s early adoption of Nollywood movies to a rich portfolio of content from across the continent.

In 2021, Entravision announced its expansion into Africa by acquiring 365 Digital, a South Africa-based digital advertising company. At the same time, Africa is not the only market to explore. However, 54 countries that have unique identities and cultures; it’s a no-brainer.

The new customer segment for the media industry is the niches that occupy race, ethnicity, gender, sexuality and interest lines separately or together. There has been a clear shift toward representation in ads, on-screen and behind the scenes. Not only will this increase, it will get more niche.

For example, having one random black person in an ad doesn’t cut it. Consumers want to know that they are understood. Virgin Media understood this assignment with their “Faster Brings Us Closer” campaign featuring visual artist and musician Lava La Rue. The ability to competently connect through lived experience or culture is how new customer segments will be addressed in the future.

Zook and Allen describe this step as “the rarest and most difficult adjacency move to pull off.” We will start seeing movement into “white space” from 2035 onwards. I predict the industry will continue to consolidate, merge and acquire over the next ten years.

Moving into “white space” has been successfully done before. News Corporation split from 21st Century Fox and built a multi-billion-dollar empire. By 2035, we will see more technology-driven ventures.

From content, strategies or ventures, the future of media is about exploiting adjacencies.