Warner Bros. Discovery to merge HBO Max and Discovery+ in 2023 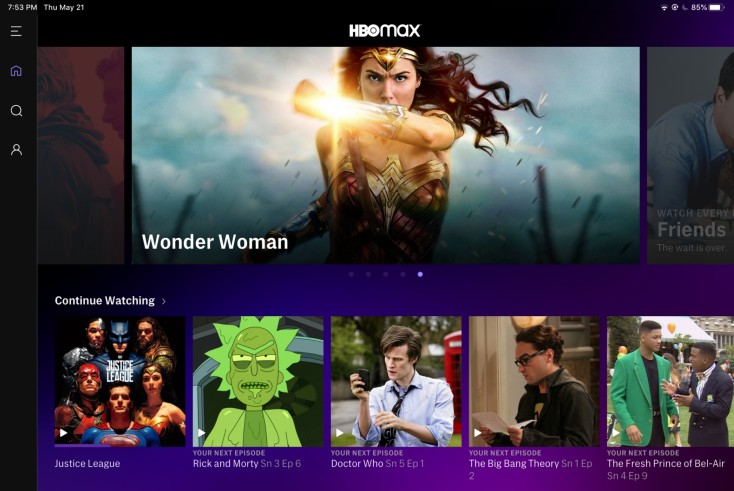 A lack of synergy following the merger of WarnerMedia and Discovery has led to underperformance, Warner. Bros Discovery said in its earnings.

While this underperformance was also due to macroeconomic trends, an apparent disagreement between pre- and post-merger budgeting was also cited.

The company also stated it would go forward with plans to controversially merge the popular HBO Max streaming service with Discovery+.

In its first earnings report following the merger, Warner Bros. Discovery came in under expectations on financials but attempted to paint a rosy outlook for future growth.

Overall revenue at the company was down 1% to $9.84bn, driven by increased intercompany eliminations following the merger and impacted by larger internal sales and licensing. Adjusted Ebitda, its measure of profit, was down 31% year-over-year to $812m.

Analysts expected the company’s revenue to total $11.83bn, amounting to a near-$2bn miss.

The company also has debt totaling $53bn as of the end of Q2, including $6.5bn of term loans. It will have paid off $6bn worth of debt by the end of August.

Most of its debt is financed long-term, with the average maturity at 14 years with 4.3% interest; the vast majority of interest rates are fixed. While it reported no remaining payments due this year, the company will have $1.3bn due in 2023 and $4.3bn due in 2024.

A ‘transitional year’ with a lack of synergy

Calling 2022 “clearly a transitional year”, CFO Gunnar Wiedenfels stated that the results are “neither indicative of the health of the underlying assets nor of their longer-term trajectory”, and implied that the team at Discovery was misled about WarnerMedia’s financials before the merger was closed.

Wiedenfels said: “Having concluded this process, we determined that certain legacy WarnerMedia budget projections that were made available to us prior to closing, varied from what we now view as legacy WarnerMedia’s budget baseline post-closing.”

He described how “a number of approved investments and foregone revenue in various parts of the business” dragged 2022 Ebitda down by roughly $2bn. Examples of areas of loss included reductions in external content sales; “certain actions taken to limit HBO Max’s B2B distribution”; substantial investments in kids and animation content, as well as direct-to-HBO Max films, “without an adequate investment case”; and significant and incremental loss-making content investments at Turner Networks.

Batgirl, one such example of an investment “without an adequate investment case”, has received significant media attention this week as the movie was shelved despite being near-completion.

When asked about the film in the earnings call, Warner Bros. Discovery CEO David Zaslav discussed how the company wants to protect its DC brand by “focusing on quality”, implying that Batgirl was not a good enough product for release.

Zaslav also alluded to building out the DC universe by seeking to copy the success of Marvel Studios (Disney). “[T]here will be a team with a 10-year plan focusing just on DC,” he said. “It’s very similar to the structure that Alan Horn and Bob Iger put together very effectively with Kevin Feige at Disney.”

CNN+, which was shelved just weeks after the merger (and its debut), was listed as another example of where new leadership has sought to cut back on projects it believes did not have a suitable investment case. Warner Bros. Discovery has also greatly reduced or cancelled HBO Max’s European productions.

Due to the difference in legacy WarnerMedia budget projections that were made available prior to the merger versus post-closing, as well as a “less favorable macroeconomic backdrop” and a “change in streaming industry dynamics”, the company adjusted its Ebitda outlook for the year, expecting adjusted Ebitda to be $9bn-$9.5bn in 2022 and at least $12bn in 2023 as the company becomes more synergized.

Since the binning of Batgirl, rumors have been circulating over when and how Warner Bros. Discovery would be merging its two core streaming services, HBO Max and Discovery+. Zaslav had previously stated he envisioned having one all-encompassing streaming offering, which leadership confirmed in the earnings call was in the works for Summer 2023.

Jean-Briac Perrette, president and CEO of Discovery streaming & international, said: “[W]e recognize that both of our existing products have shortcomings. HBO Max has a competitive feature set, but has had performance and customer issues. Discovery+ has best-in-class performance and consumer ratings, but more limited features. Our combined service will focus on delivering the best of both, market-leading features with world-class performance.

“To deliver this, our team has developed a clear road map to migrate onto one tech stack, leveraging much of the core infrastructure of the highly rated Discovery+ service with significant and important feature enhancements from the more established HBO Max.”

Perrette stated that the product design and feature set will “enable better content discovery and more personalized choices” and that the team’s primary focus for the combined service’s rollout “will be in the markets where HBO Max has already launched”.

Due in part to HBO’s partnership with Sky in the UK, the country is not included in the new service’s 2025 timeline.

No details were made available regarding pricing and whether and how an ads-tier would be incorporated into the service, though Zaslav hinted that it would be more expensive than the Discovery+ offering as he discussed the need to “migrate” or “grandfather” the “lower price Discovery+ subscribers into the new product”.

The combined service is a risk given the extreme differences in brand identity between HBO Max, which is known for prestige television content, and Discovery+, which plays host to a slew of reality shows and easy-watching content.

Discovery+ will be adding ex-CNN+ programs, namely CNN Originals and content from HLN, to its offering, the company announced ahead of earnings.

On concerns of HBO Max content being sidelined in favor of less-critically regarded Discovery content, leadership stated it intended to increase spending across its creative teams, including at HBO Max.

Zaslav called HBO “a crown jewel” in Warner Bros. Discovery’s portfolio, adding: “I have said this before, it’s not how much. It’s how good. That aligns with us at Discovery as well in the content that we have been doing and the characters and the way that we drive brand”.

“There is a difference between what the service may eventually be called or not versus what HBO is”, said Perrette. “HBO will always be the beacon and the ultimate brand that stands for the best of television quality”.

It is unclear how a new streaming service name, and its incorporation of content from Discovery+, would effect the HBO brand.