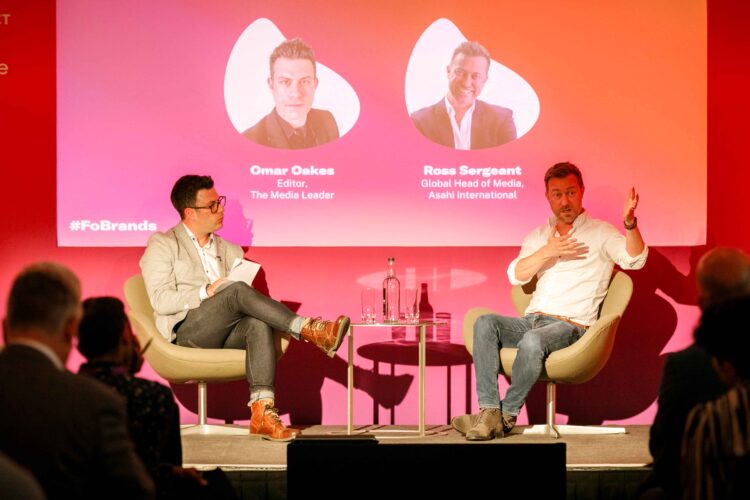 Are marketers creating unnecessary limitations for themselves by sticking to the 60/40 media split?

The idea of allocating 60% of budget to brand building and 40% to activation has been commonly held since it was first suggested by ‘godfathers of effectiveness’ Les Binet and Peter Field. However, as Ross Sergeant, beer brand Asahi’s Head of Media, Europe and International told Mediatel’s Future of Brands event, marketers need to question this “God-given rule”.

Quoting Professor Brian Cox, who said: “Great results that aren’t repeatable are just an interesting anomaly”, Sergeant pointed out that while Binet and Field’s 60:40 rule was well researched, it is not repeatable and applicable enough to become an unquestionable law.

Speaking to The Media Leader editor Omar Oakes, Sergeant explained: “Often when I’m having the law presented to me, it’s clear that the person presenting hasn’t read all 56 pages of the paper.

He added that there are many limitations to the 60/40 rule – many of which Binet and Field spell out  – and marketers should engage with the entire piece of work before presenting it as fact.

Sergeant pointed out that while media spend does lean towards a 60:40 split, there are variations: online-only businesses, for example, are closer to 80/20, or even 90/10. He suggested that by engaging more deeply and scientifically with the original study, marketers can harness it as a guide rather than a rule.

The disruption of attention

The event audience heard how the rise of attention metrics is also highlighting the need for a “rethink” on the 60/40 split. Sergeant pointed towards research Asahi has been piloting in Australia, measuring customer reactions and attention. “It turns out that when we do hard sales driving work, most of the stuff gets low or no attention, in which case, it does a perfectly good branding job.” If the right creative is present, he continued, but most are only engaging on the branding level, that’s fine.

However, attention is still in its infancy as a form of measurement. Sergeant believes that attention can still be useful, despite the lack of a universal metric.