Why is the UK so slow when it comes to FAST? 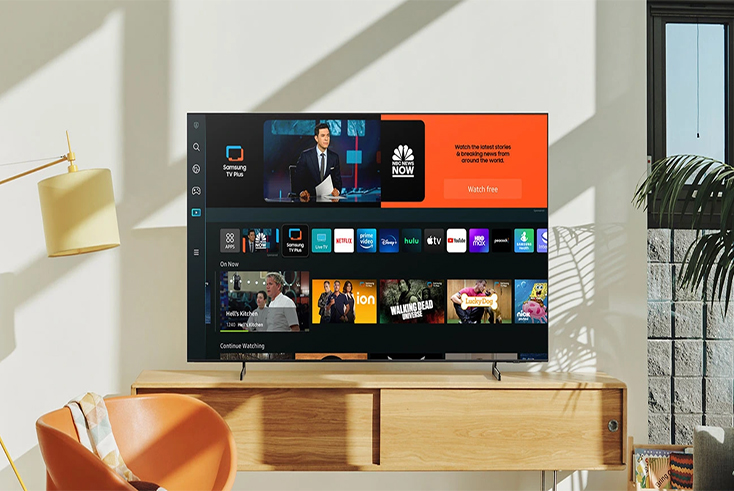 With FAST platform operators cashing in on US television audiences, Nick Swimer looks at why free ad-supported streaming TV has been slow to infiltrate CTV media plans in the UK.

Free-ad-supported streaming TV (FAST) services flew out of the traps in the US and have been embraced by audiences and advertisers alike. The UK, however, is proving a more challenging market to disrupt – indeed, FAST services have got off to somewhat of a slow start.

The majority of homes in both the US and the UK have a connected TV, with a substantial number subscribing to multiple SVOD services. However, tens of millions more people are also finding and watching FAST channels in the US.

The FAST landscape is vast, with more than 1,400 channels across 22 networks. Big players include Pluto TV, which states it has over 60 million monthly active users. Paramount Global, Pluto TV’s owner, says it earned $1 billion in 2021.

In total, the US FAST channel sector is now apparently worth $4bn and counting – projections have estimated a total of $9bn by 2026.

The difference between the US and the UK

The rise of FAST does though seem counter-intuitive; the oft-intoned mantra of the streamers over the past decade has been that TV is dead and, save for must see live events, only on-demand can survive.

Clearly, that should be taken with a hefty pinch of salt (or preferred seasoning), as the future of content on connected TVs appears to be free ad-funded scheduled TV.

So, what is the difference between the US and the UK? Is it simply that the US is light years further down the road, and the UK is making its own steady progress, with growth to come?

Possibly. But unlike in the US, most UK homes already have access to Freeview (or Freesat) with thousands of hours of free premium TV available within moments.

TV set manufacturers like Samsung, LG and Sony provide built-in access to Freeview and the Freeview Play app. This also includes all BBC channels and BBC iPlayer, Channel 4 and Channel 5, ITV1, UKTV channels, as well as their respective digital channel services: E4 and Film4, the UKTV channels and all of their on-demand service, including the recently rebranded ITVX service.

Accordingly, it is going to be harder for FAST channels to get any type of real foothold in the UK. And that may be the reason why we haven’t seen a huge marketing push by any of the large FAST platform operators, whilst they continue to make hay in the US and explore their UK (and indeed European) strategy.

FAST channels are typically niche, dedicated to genres like procedural crime re-runs or cooking and sci-fi. The viewer that chooses to seek out this content via their FAST EPG – rather than heading to the usual Freeview EPG or broadcasters’ free on demand service – is likely to be highly particular.

However, make no doubt about it, FAST offers some very credible premium content to UK viewers who are able to look past the overwhelming choice and venture down that path.

The A in FAST

With an abundance of free premium content offered by traditional broadcasters – both via linear and on their BVOD services – what is the advertising opportunity in the UK?

FAST could be a brilliant solution to an advertising problem that doesn’t yet exist, but will advertisers really be thinking about the ability to target scheduled TV viewers at a cheaper CPT?

Furthermore, the fact that the UK has a plethora of content is not necessarily the defining difference between the US and UK.

And whilst we are unaccustomed to having anything less than regional macro advertising on TV (unlike old school cinema advertising) in the UK, advertisers can increasingly get access to that sort of targeting on the BVOD services or via linear solutions like Sky Ad Smart.

Worryingly though for FAST, a recent study from GroupM and iSpot found that 8-10% of connected TV ad impressions are being counted as delivered when the TV is turned off.

This may indicate that connected TV inventory still has teething issues. However, as Mike Follett explained in his recent piece, TV may in fact be an ‘attention bargain’; something to be seized by advertisers.

On average, a 30-second UK TV ad will receive 11.8 seconds of actual attention – dramatically more than other media.

However, the data shows that there are great variations between programmes, channels and dayparts and where FAST fits into the spectrum; ads shown next to some shows get noticed 60% of the time; ads next to other shows get noticed 16% of the time and FAST is unlikely to deliver the highly sought mass prime time audience that terrestrial TV delivers.

It’s difficult to see why the large agency groups would, right now at least, think that they desperately need to diversify their traditional TV or BVOD buys with a FAST channel buy – particularly where FAST is sold as an online programmatic bidding sitting within the overall digital display inventory column in a media plan.

However, as the younger demographic (18-34) increasingly look at alternative places for their content, and with a recent report from Amagi showing that the UK is actually the most advanced country in Europe when it comes to CTV adoption, it may soon be that FAST is able to get a little faster.