Who won the World Cup of attention? 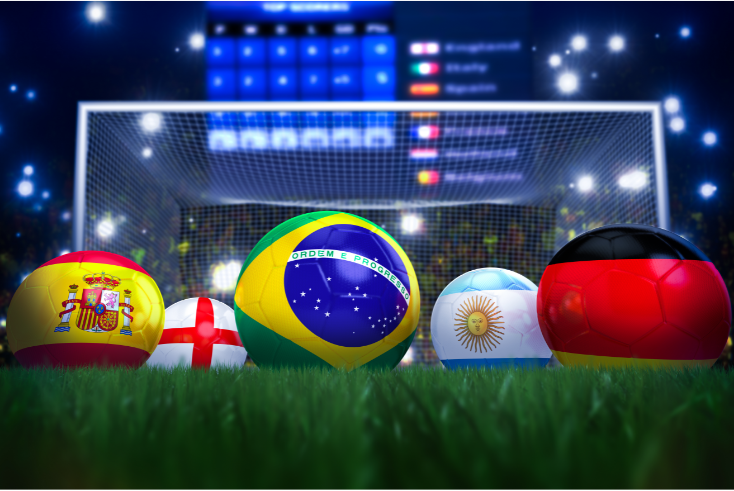 The eyes of the country may have been glued to the FIFA World Cup in the past few weeks, but have they also been glued to the ads that have accompanied the action? Data from the Lumen/TVision attention panel can reveal the winner of the ‘World Cup of Attention’.

Since September this year Lumen and TVision have run the UK’s first and only cross media attention panels.

Lumen’s desktop and mobile panels have been augmented by TVision’s TV-based panel. 300 households, containing over 700 fully-consented individuals, have been recruited with more to come in the new year.

The panel covers the whole of the country, from Perth to Portsmouth and Belfast to Boston (the one in Lincolnshire).

Each household is equipped with a set-top box recording what programmes they watched and what ads they were exposed to. A webcam positioned on top of their TV records how many people are in the room and – crucially – if their heads are turned towards the TV.

This data allows us to understand not only what was viewable (if someone was in the room while the ad was playing), but also if it was viewed and, if so, for how long. Sure the ad was playing, but was anyone paying attention? And if they did look, were they fully engrossed or was it just a passing glance?

To make things easier, we can combine these two measures into one number: attentive seconds per thousand impressions.

Multiply these numbers together, and we see get 5074 seconds of attention per 1,000 TV impressions. This measure of attention can then be used to benchmark TV ads vs other media such as YouTube, Facebook, and programmatic display, captured by the Lumen digital panels, as discussed at Mediatel’s Future of TV Advertising Global event earlier this month.

Using this approach, we can reveal the most attention-grabbing TV ads to appear next to World Cup matches in the UK.

In a shock result, the top of the list isn’t even a World Cup ad: it’s the Sainsbury’s Christmas ad. This charming little fairy tale was noticed 58% of the time – a massive increase on the average view rate of 43% for 30 sec TV ads and for a whopping 32.72 seconds out of the full 60 second playtime.

This means that well over half the ad had eyes-on attention, up from around a third for most TV ads.

The runner’s up medal goes to a genuine World Cup ad: Nike’s ‘Footballverse’. Like the Sainsbury’s ad, this generated vast amounts of ‘attentive seconds per 1,000 impressions’ – three to four times the average for TV, and rivalling only cinema for engrossed attention.

However, you may be surprised to find that many of the best-performing ads of the World Cup were not World Cup-related.

Alongside the overall champion Sainsbury’s, McDonald’s ‘The List’ and Walkers ‘Feels good to share’ showed that everyone loves a good Christmas ad.

Or perhaps they just love a good ad. Uber Eats, with its amazing soundtrack, was noticed by 56% of viewers, who spent on average 30.35 seconds looking at the screen. Not a screaming header or jingling sleighbell in sight: just a very cool man killing time when he waits for his Pad Thai.

What can we learn from the winning ads?

Firstly, storytelling matters. All of the ads on the list tell a compelling story, even the Playstation Krafton ad, which eschewed product shots of gameplay for a scene-setting origin story.

Sometimes there seems to be a tension in our industry between advocates of the ‘ornamental’ and the ‘efficient’ aspects of advertising.

But this data suggests that the brand marketers should hold their heads high versus the direct marketers: it’s their work that actually gets noticed. As Bill Bernbach once said, if your advertising doesn’t get noticed, everything else is academic.

Secondly, character matters. Many of these ads revolve around a character or relationship, whether it’s the imperious Countess for Sainsbury’s, the friend who actually listens for Walkers, or the enigmatically cool dancer for Uber Eats.

Christ, Discovery+ even managed to edit a bit of character into David Beckham’s montage ad. This is exactly the sort of thing that the great Orlando Wood keeps banging on about – and it’s good to see this represented in our data.

Thirdly, music matters. TV is both an audio and visual medium. Weezer (Sainsburys), Fatboy Slim (Pepsi Max), Kevin Morby (Airbnb) and Bill Withers (Uber Eats) each add a dimension that is heard but not seen.

Finally, diversity matters. It is interesting to note that five of the top ten ads on the list are fronted by men and women of colour.

These people are shown as powerful and vulnerable, skilfully intense and coolly laid back – in short, normal representatives of modern Britain.

There are times when (white) marketers can think it a brave decision to cast actors from diverse backgrounds in their ads: ‘I’m not racist, but I am afraid my audience might be.’ This data suggests that the implicit bias is their own, not their customers’.

This data marks a sea-change in how we think about TV advertising – both in terms of media buying and creative execution.

In media terms, we can stop pretending that everyone looks at every ad that plays out. There are enormous differences in the attention ads receive across programmes, channels and dayparts.

For instance, much of the attentional success of these ads can be attributed to the above-average attentiveness that the World Cup matches have produced.

Interest in the game has ‘spilled over’ to interest in the ads. Understanding how content and context drives attention to advertising will give savvy media planners an edge when hunting for ‘attention bargains’.

But the data is of no less importance for creative agencies – and the researchers who support them.

For too long we have been testing ads by forcing people to watch them and asking them a barrage of questions afterwards. Respondents watch the ads with uncommon intensity because they know they will have to answer a survey afterwards.

The TVision data shows that such involved attention is not the norm. Even on the best day, when your ads are positioned next to the most interesting content in the world, you cannot guarantee 100% of people will notice your ads, or they will watch the ad from beginning to end.

Instead, we have to earn their interest and compete against a world of distractions. But a big shiny prize awaits the winner of this Attention World Cup.