Whither Auntie? Advertisers need to show they care about the BBC 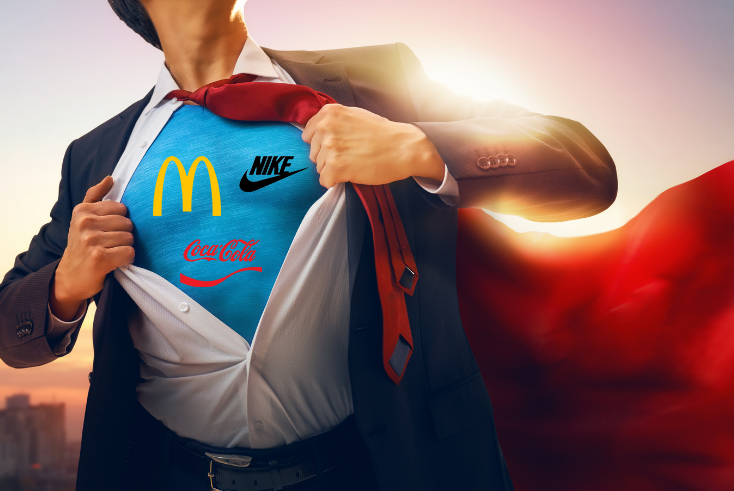 We should no longer consider airtime to be a downstream cost whose operators we want to impoverish, as we did back in the day.

In a craven attempt to stifle coverage of some of the most egregious Government “misdirection’ in living memory we’re now promised a raft of accelerated “manifesto commitment deliveries”.  It’s even resurfaced an archaic verb – to sparple.

One of these is the tellingly well-trailed news that the BBC licence fee will be frozen and then superseded at the corporation’s next Funding Review in 2027.

I can’t figure the sums that are being bandied around, but it’s still a huge blow, the latest salvo in a battle with Government, Prime Minister, Cabinet and Culture Secretary (or excuse for one).

And Parliament – the Tories aren’t alone in accusing it of bias, which probably means the balance is about right.

Things are moving fast and hardly an hour now passes without a further declaration of the BBC’s importance and an exhortation not to mess with it.

Meanwhile, remember Channel 4’s future is still in play too.

We can’t put off some very serious thinking about the future of British broadcasting any longer.

We often pride ourselves on its being the best in the world, and that often holds true.

In the days before channel and platform proliferation, this debate hinged simply on the quality of content.  Now there aren’t enough eyeballs per channel to justify original content at all times, it’s perhaps better judged by the ratio between the good stuff, the crap and the marginal.

At least English is the universal language.  It’s much worse for nations clinging to their own languages, hence their diets of cheap-to-air political and current affairs talk shows.

In the US almost everything is funded by advertising, and lots of it, often justified by Americans liking selling and being sold to.

The net effect is an extremely fractured viewing experience.  The main sports are even designed around the need for commercial breaks.  (Though some might recall when Channel 4 had Formula One and faced uproar after it was compelled by commercial and regulatory forces to go to an ad break seconds before a race ended, during which time the leadership changed).

The rise of subscription and latterly streaming services, many and most of which respectively eschew ads for viewer funding, shows audiences’ preparedness to pay to avoid ads that haven’t remained as entertaining and engaging as they once were, even though they didn’t have to try nearly as hard.

We’re almost unique in having a broadcaster that is so central to our culture and whose channels do not carry advertising.

And some might say, very fortunate, because while it may deprive advertisers of eyeballs and minds, it also serves to keep standards (incredibly) high and stimulate competition and innovation.  Not bad for  less than 44p a day per household.

Advertisers need to show they care

I’ve written before about my deserved failure to press for advertising on the BBC in my early days advertiser-side.

A small cabal of mainly US-owned advertisers back in the day believed it would significantly  reduce their spiralling airtime costs.  Which it might have until the incumbent commercial broadcasters failed well before a new raft of advertisers attracted by lower prices could sweep in and restore revenues (and pricing).

Our industry has dabbled in these matters periodically.  Advertisers typically seek lower costs.  Some agencies were tempted by access to the eyeballs denied them but most had forebodings of the online market that was to follow (in which the only way to make money is, er, “non-transparently”).  And many being creative types, it also offended their liberal social consciences.

So, should we wade in again? Yes.  Emphatically.

Advertising, and therefore advertisers, continue(s) massively to fund everything the viewers don’t and we can protest unique understanding of a market that includes (and mixes) licence fee-, ad- and subscription-funded originator and publisher models.

What should we say?

We should be clear that we give a shit.

We should acknowledge some of the best broadcasting in the world and admit an enlightened self-interest in protecting and sustaining it.

We should no longer consider it a downstream cost whose operators we want to impoverish as we did back in the day.

Against us, we’re not held in high regard as we languish at the bottom in the trust stakes.  Perhaps, therefore, we should urgently address our output(s).

Agency resource has been stripped by the procurement locusts and the big idea or execution is on a ventilator.

The need to fill myriad online slots with legion “executions” has further distracted and services have become commoditised, notably with the spread of production agencies.

An industry on its uppers no longer defends its outputs from marketers intervening to make ads into dull shopping lists.

An obsession with purpose, now being challenged by some investors, seems to have trumped simply making a good product and marketing it effectively.

Online advertising is, at best, largely disregarded and at worst hated for its insistence and creepiness.

As ever, advertisers are critical to success.  They should step up to this plate as they haven’t before.

There’s an overdue resurgence of interest in TV right now in the light of growing concerns around both the effectiveness and appropriateness of online channels.  This provides some useful background momentum.

I sense they just might – and be seen helping their customers get the very best telly they can.

Now that would be a really practical purpose…

ISBA has announced that its cross-media measurement project, Origin, has passed proof of concept.

This is good news – I think.  Its funders are obviously keeping faith – a major concern as these things eat time and burn money.

Questions remain over the big one, though.  How to give appropriate weight to different media exposures so they can be lined up and make figures about combined reach and the contribution of each channel meaningful?

…And still no word from Sky!

NOW READ: Editor’s comment – Channel 4 may be just a ‘corner shop’, but it’s our corner shop