Through a (Sky) Glass, but rather darkly? 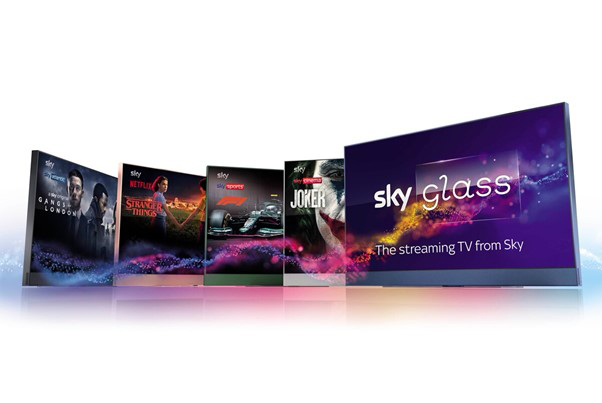 Bob Wootton examines the Sky Glass TV and discusses complementarity and access with the future of the licence fee and FM radio.

I’ve long admired Sky despite some of its one-time proprietor’s behaviours.

It created the market for subscription-based TV and introduced multichannel TV in the UK.

It complements public service channels, complying with regulation requiring their due prominence on its electronic programme guide (though ITV self-harmed by initially withholding its feed)

It provided a similar gateway to their offshoot channels and has more recently extended that to apparent competitors Netflix and then Amazon Prime, integrating their apps on its home screen

It pioneered addressable TV, which took nearer to 10 years than the three envisaged and evidenced a long view of investment

It  has led new ways of trading airtime, many of which are gaining ground as a new slew of direct-to-consumer advertisers become more important.

And it knows a lot about its audience from its own return path data.

So I was intrigued by the huge campaign for its new Sky Glass TV (much of it created in-house but that’s for another day).

It radiates confidence.  Continued commitment to innovation.  Reassurance that relatively new owner, Comcast, has faith and is prepared to back investment and not simply cost-cut as so often the case in corporate acquisitions.  (Dairy Milk, anyone?).

It’s available to purchase at a pretty competitive price or to rent as part of a subscription.  (Older readers will remember when most households rented TV’s, which were expensive and unreliable.  It was big business, with high street presences rivalling today’s mobile phone outlets).

It’s a big bid to reassert its ownership of home viewing spaces but a couple of things temper my enthusiasm.

First, design.  I haven’t seen one ‘in the flesh’ yet and don’t question the quality of the screen or sound.  Sky have loss-led on their set-top boxes for years to drive subscription, so why skimp now?

But the market for screens is highly competitive, with sleekness probably second only to picture.  I’m relegating ‘smartness’ as it’s pretty variable and many resort to external speaker systems for sound.

Sky Glass is an integrated streaming TV which incorporates the lot.  It’s minimally rectangular but hardly sleek by today’s standards.  It looks rather like my old Sony, still going strong upstairs after 15 years.

The speaker panel usefully faces forwards whereas most modern TVs’ tiny speakers face down or backwards (ok for non-directional low frequencies but the higher frequencies which give detail and location suffer, hence the number of complaints about audibility flatlining as screens have ‘improved’).

Will an audience now used to beautiful appliance design and thinness as a feature will therefore embrace Sky Glass for its promise rather than its styling?

At the mercy of broadband

Second, and for me and others I know, a more critical misgiving.  Sky Glass gets its ‘signal’ over the internet.  No dish.  Not sure about DTV via an aerial but there’s no mention of it.

This puts it completely at the mercy of whatever broadband conditions are inside and outside the home.

Fast broadband is still largely urban as many who fled cities during lockdown discovered.  Domestic routers work well in small flats with stud walls but are challenged by larger, older houses with more solid walls and greater distances.

Subscribers to Sky Q already get much content across Wi-Fi, but my own experience is “mixed”.

Virgin was the only fast provider where I live in inner North-West London. Pricey but excellent – typically up to 200Mbps down and 25Mbps up from my home office router. Wi-Fi is distributed around the house by BT’s Whole Home mesh disk system after much trial, error and a recco from a friend in a similar situation.  75+Mbps on most devices in most places – fast and stable.

But for Sky: since upgrading to the otherwise terrific Sky Q product at launch, it’s been dogged by fragile connectivity.

Any outage and most attempts to stream from another device knock it out.  Reconnecting involves walking round the whole house to reboot Virgin router, five Whole Home discs, Sky Q box, minibox and Sky booster in between, a 10-minute chore.  Sometimes it demands three resets.  And it doesn’t remember the password. Grr.

Sky told me they budget on about one engineer visit per subscriber per annum.  I think I’ve had 11.

Sky Q surely works better with Sky routers, but they’re not ‘best-in-class’ for where I live.  My experience is that Sky’s kit doesn’t like working with others’.  Perhaps understandable in a competitive world, but…

My admiration for Sky is (largely) undimmed and I’m pretty invested, so I’m keen to see how things pan out.  But for all my enthusiasm, would I move to Sky Glass? Not yet.

A lot up in the air in broadcasting

The BBC’s relationship with Government is seeing new tensions as yet another new Culture Secretary parlays wokeness and political outlook against a future licence fee settlement.

Government’s apparent determination to divest itself of Channel 4 is at odds with much of industry’s clear declared position which I wholeheartedly support.  Complementarity and diversity are at stake.

And a switch-off date for analogue FM radio – 2030 – is finally being mooted. AM is now very niche (farming and fishing reports aside) and FM is following that path in an age of DAB and streaming.

The whole industry – advertisers too – has a clear interest in maintaining both complementarity and access.  Put simply, because they drive reach.  We should be pressing for renaissances, not economies.

As a veteran of an agency that at first eschewed “unproductive” account handlers, then declared moratoria on pitches and decline to produce speculative creative work*, I was struck by The Specialist Works’ brave decision to cease pitching for the remainder of 2021 so it can recover from lockdown and bed in recent wins.

(It continues to pursue referrals from its existing clients, apparently one of its strongest sources of growth).

Times have changed.  I believe growth for growth’s sake is a reason for some of the pickles we find ourselves in and am delighted a number of shops are finally taking a more considered and selective view of what they pitch for.

Also that leading media owners are pivoting from volume and share towards growth.  The days of the buying ogres look numbered at last.

Don’t look at what I do…

Many will have experienced a new boss roundly dissing their predecessors’ work.  It’s happened to me and a friend recounted yet another rather egregious example recently.  (Sorry, no names – legals).

Why do incoming bosses feel the need to do this?  Who does it serve?  Fair enough if the incumbent wasn’t performing, but that’s not often the case.  Reshuffles, career moves, life changes and even retirement routinely displace high-performers.

Whatever the perpetrator thinks, it makes them come across as a prize shit.  Hardly inspiring.  And how does it make staff feel?  Like babies going out with the bathwater.

It’s also completely at odds with the modern workplace focus.  I’m hoping some of our self-styled high priests and priestesses of culture, values and empathy will want to weigh in on this.