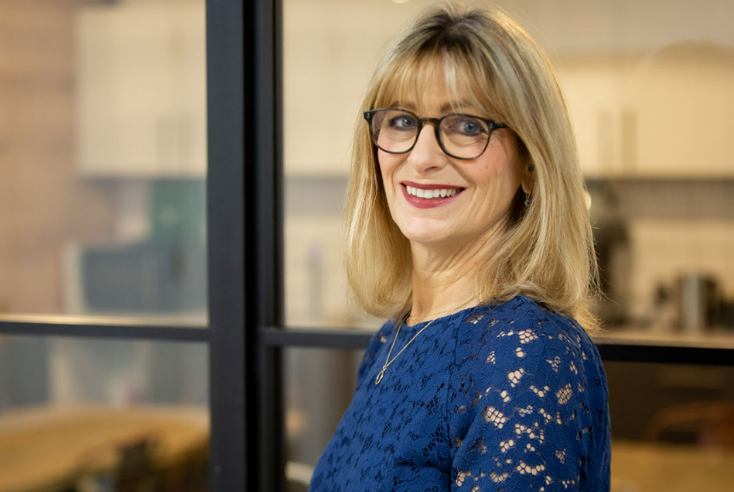 Thinkbox CEO talks about what the vital fourth quarter has in store for TV advertising and what Netflix’s upcoming ad tier means for commercial broadcasters.

She describes these opposing forces as the fact Q4 is “an utterly vital time” for retailers and advertisers where they do a huge percentage of their business, along with the opportunity for the World Cup to bring high peaks of viewing, which are both set against the background of economic challenges and the cost of living crisis.

She explains: “Given everything that’s going on in the world at the moment, I would probably anticipate the demand would be a little bit less than that amazing surge last year.”

This difficulty in making predictions is also coming up in her conversations with advertising leaders as she highlights volatility as causing “the most pain” for advertisers, followed by risk, inflation, and talent shortages.

Over the last year, the TV advertising market has had historically inflated prices, especially when compared to the lows of the Covid pandemic, in line with high advertiser demand and decline in younger audiences, amongst other factors.

She comments: “I think we often obsess on the cost of the price of TV and not the incredible power it has to grow businesses, and that it’s the least risky, and I think that will become particularly important, because it always is in times of economic challenge.”

On the subject of Netflix introducing an ad tier next month, Clay remarks: “It’s a massive burst of confidence in the funded commercial TV model.”

Where subscription services previously eschewed and criticised broadcast TV, they are now becoming more and more like them with local content, scheduled programming, live sports and now ad breaks, she remarks.

She adds: “I think it’s a positive, it’s growing the pie — the high quality end of the audio-visual pie — so it’s more advertising around high quality TV content, and for advertisers they can use the same creative assets.”

Clay concludes: “It will be a really useful addition, but not a big scale one.”

Nevertheless the industry is changing. Just yesterday Enders Analysis forecast broadcasters’ audiences to fall to half of all video viewing in 2027, from 63% this year, as online habits “solidify”. The under-35 category would spend between a tenth and a fifth of their video viewing time with broadcasters’ traditional long-form content five years from now, Enders warns. 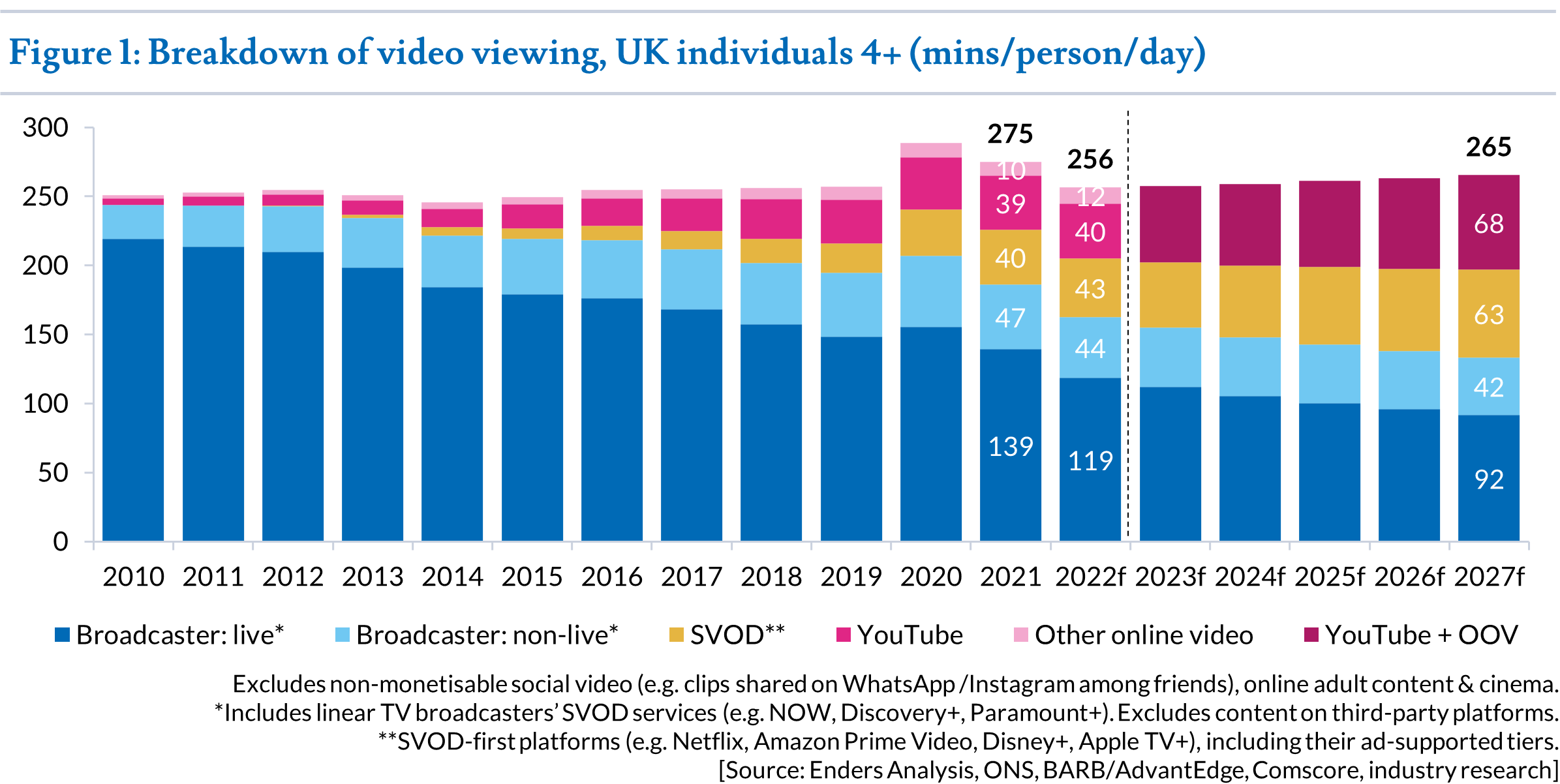 But Clay states that in her conversations with advertising leaders, TV’s status “is not questioned”.

Currently the UK is “on a trajectory” where on-demand viewing is increasing its share of viewing, while live linear is going down, Clay predicts, but emphasises that this “is not a tragedy”.

She adds TV is “at its best” when it adapts to support viewers in the way that they want to view, remarking: “We are at a time of change in the TV industry, but this is not a terrible thing. We just need to adjust to it. I think it’s vital that the TV companies continue to evolve, and meet the needs of viewers first.”

Nonetheless, linear TV will continue to be “the absolute bedrock” of the nation’s viewing she insists.

“The beauty of TV I think is a very balanced ecosystem, so if you prioritise viewing then advertising will follow. Unlike some other media where the change in behaviour has led to a massive decline in advertising.”

Clay reveals that in her talks with senior leaders when she asked about how often advertisers express concerns about advertising being seen next to toxic, dangerous, illegal or inappropriate content on social media platforms, the answer was “hardly ever”.

She comments: “It was very instructive for me to see that advertisers are much more sensitive about whether their advertising on TV would be perceived to be possibly offending people than they would about having their ads appear next to really toxic horrible content on some social media channels.”

This comes after World Mental Health Day coincided with the findings of the inquest into teenager Molly Russell’s death who was affected by harmful content she saw on social media.

“It’s indicative that TV is held to a higher standard than other media,” she adds. “That’s probably a good thing because it means both the content and advertising are far more trusted.”

She added: “I do appreciate it’s not that advertisers don’t care [about harmful content on social media], I think it’s always that it appears like too big a challenge, but it will only get sorted if everybody cares about it.”

When speaking about the reaction of advertisers and broadcasters to the mourning period after the Queen’s death in September she said: “It was a really very difficult time for advertisers, because of course this is an incredibly sensitive topic and they were absolutely determined to do the right thing, and not be perceived as insensitive.”

She highlights that broadcasters made “Herculean efforts” to try and be as sensitive and flexible as possible, and from her research, there was not a single viewer complaint about “sensitive advertising” around that time which showed how consumers are “very relaxed” with advertising and expect ads in shows like Gogglebox for example.

Looking forward, Clay says TV can help consumers navigate the cost of living crisis in a few ways; through the “practical helpful” side, such as Channel 4’s recent cost of living ad break with seven brands, and the essential role played by “downright escapist content”, particularly when people are cutting back on other costs like holidays or going out.

Clay also anticipates broadcasters continuing to offer a range of incentives and support schemes to get started on TV.

“From an advertising point of view, I think businesses will also have significant challenges, and it’s all about collaborating between the broadcasters, it’s about support and partnership more than ever with advertisers.”