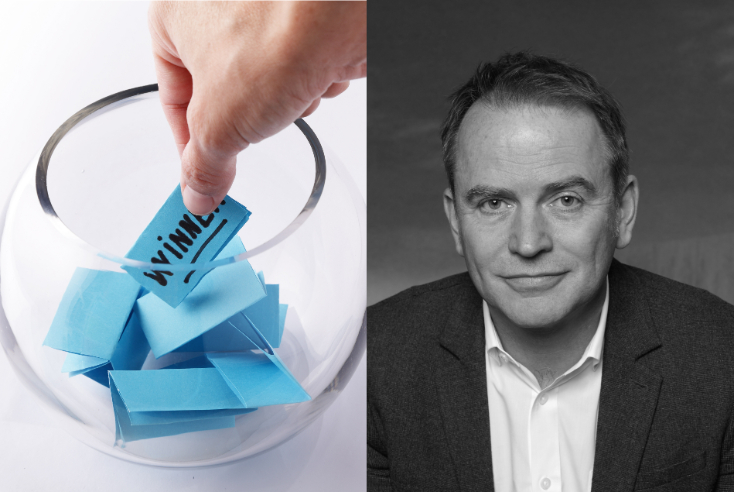 This week is Kelly Williams, managing director for commercial at ITV.

Williams has held senior leadership roles in commercial at ITV for nearly 12 years, starting as group commercial director in 2011 and moving to managing director for commercial in 2014.

He has also held sales and management positions at other broadcasters including Channel Five, UK Gold, BSkyB and Thames TV throughout his career.

What was your first paid job and why did you do it?

Between A Levels and University, I worked a summer season as a red coat at Butlins in a small town in Wales called Pwllheli.

I definitely didn’t do it for the money, but we did get free rides on the bumper cars and the odd free drink.

What are three words that people often use to describe you?

The older I get, the more I hear people say that I am…“A complete lightweight”

If you could change one thing about your job, what would it be?

I’d love our office to be busier, more often. I think we are more creative, have better ideas, learn more and enjoy work more when we are all together. We are definitely better together.

So much is happening at ITV so always lots for clients to get their heads around.

We are just about to go into pilot phase with our new Retail Media proposition, Match Maker, in partnership with Dunhumby and Boots.

Our programme schedule has a strong start to the year with Love Island, the FA Cup, The Masked Singer, Six Nations Rugby, and Saturday Night Takeaway.

We are rolling out a new version of our self-serve programmatic platform, Planet V 2.0 with much improved features and functionality and we have also taken on sales representation of STV’s streaming service.

Name all the streaming platforms you subscribe (pay money) to.

I live in a Sky home and I think Sky have done a brilliant job at aggregating many of the streaming services and my family seem to have done an even better job of signing up to most of them.

Also, Rak Patel is doing a great job of selling me Spotify.

I saw an advert in The Guardian newspaper for a trainee TV sales exec at Thames TV.

**Peer question** What advice would you give your younger self?

Buy Apple shares and keep buying them for the next couple of decades.

What’s your favourite ad of all-time (specific to your sector)?

I love ads that become part of everyday language – Specsavers, Ronseal, Just Eat – but favourite ads of all time would be the Peter Kay John Smiths – ‘ave it!’

I am consistently in awe of the brilliant Michael Jermey, ITV’s Director of News & Current Affairs, who has to balance putting journalists in harms way on the front line in Ukraine, break exclusive stories that often hold Governments to account to producing the single biggest outside broadcast for the Queen’s funeral with a week’s notice. I tip my hat!

**Peer question** If you were to acquire, or consolidate with another media company, which would it be?

I’ve always admired the UK Twitter sales team, so wouldn’t it be it be good to buy Twitter and try to undo all the damage.