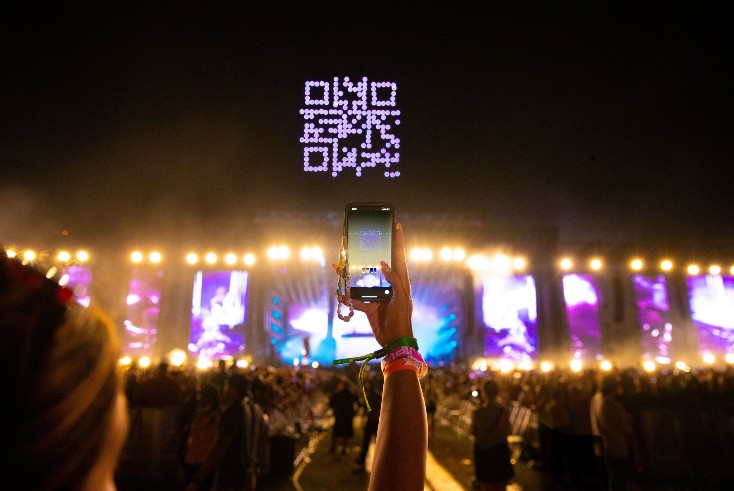 MilkMoney founder and CEO Sam Keywanfar discusses the artfulness of designing out of home campaigns for amplification on social media.

Ad campaigns that begin on out of home are having “nine lives” as they bounce around the social media ecosystem.

That is according to Sam Keywanfar, founder and CEO of LA-based outdoor advertising company MilkMoney, who believes that out of home is uniquely situated to provide amplified reach on social media compared to TV, radio, or other online channels themselves.

A recent poll conducted by the Out of Home Advertising Association of America (OAAA) alongside The Harris Poll found that social media users are frequently noticing out of home ads being posted on the platform, amounting to a multiplication of ad impressions that would have otherwise been impossible to achieve with just a billboard alone. 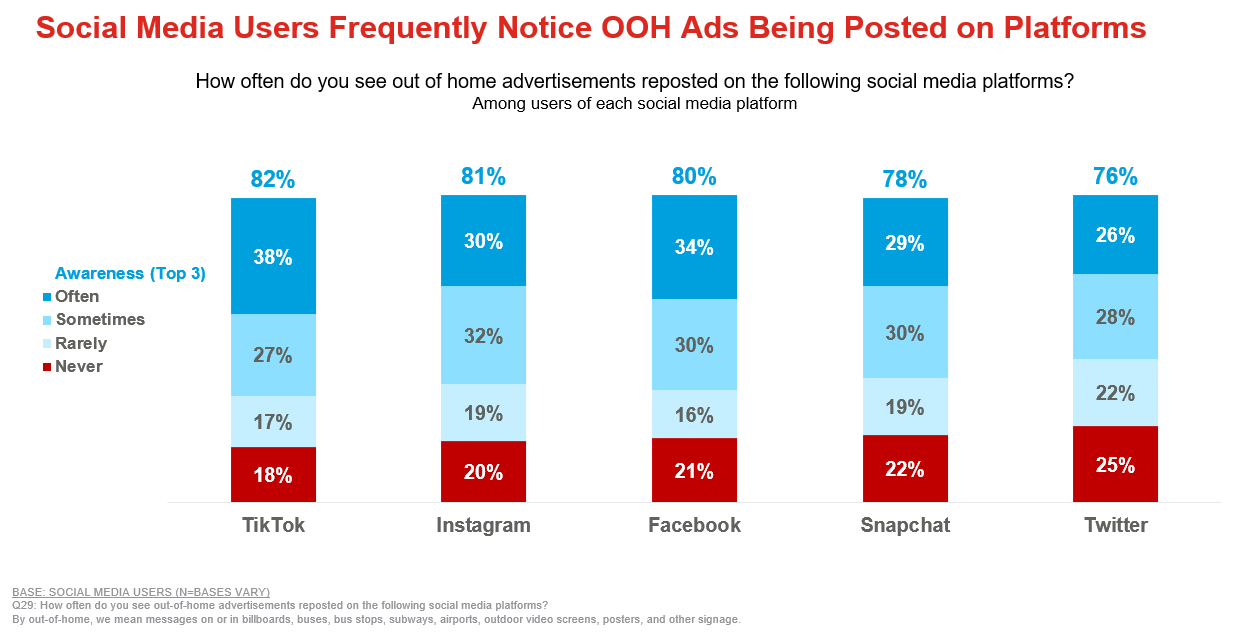 Social media has been referred to as akin to mediums other than itself for sometime. S4 Capital’s Martin Sorrell called TikTok “TV” in December 2021, and Lumen Research MD and The Media Leader columnist Mike Follett previously referred to Facebook ads as “posters”.

But Keywanfar argues that confusing social media with out of home is misguided. Rather, social media allows out of home campaigns—when planned well or wittily created—to boost their potential reach.

“There’s a huge trend right now, between Instagram Reels and TikTok, where user-generated content is relying on out of home for some of that content creation,” he says.

Keywanfar founded MilkMoney in 2015 after spending 11 years as CEO of corporate entertainment marketing, PR, and special events agency House of Hype. MilkMoney’s platform features over 400,000 traditional, non-traditional and experiential out of home assets across the US, Canada, Europe, Asia and inside the metaverse.

In an ever-digitizing world, the uniqueness of out of home’s IRL (in real life) proposition offers a much higher degree of affirmation to celebrities and influencers that they’ve “made it” than millions of likes on Instagram, adds Keywanfar.

“[N]o matter how big you become, the idea of being on a billboard still offers validation to an individual. Kim Kardashian—arguably the biggest personality on the planet—loves seeing herself on billboards.

“I think for a lot of celebrities, doing billboards just strengthens their personal brand equity and opens them up to other potential roles or endorsement deals.”

And working with celebrities, or individuals who otherwise have large social media followings, can be create strong symbiosis between out of home campaigns and social media.

Keywanfar described how, when working with celebrities like the Kardashians, Hailey Bieber, or musicians such as Jennifer Lopez or Kpop group BLACKPINK, MilkMoney will run out of home campaigns with the expectation that said celebrities will then share it on their social media accounts.

“Other celebrities posted [the ad] on social, her fans posted on social, and you get that viral effect. I think that’s something unique—no one’s going to screenshot an Instagram ad and post it, no one’s going to screenshot an ad that they see on Complex.com and share it—but certainly when they see any form of out of home it becomes shareable content.”

Millennials in particular report being more likely than other generations to post or re-share out of home advertisements on social media platforms. The OAAA/Harris Poll study found that around seven in 10 millennials say they will post such ads across various platforms, with Gen Z and Gen X similarly more likely than not to do the same on TikTok, Facebook, and Instagram.

John Gerzema, CEO of The Harris Poll, pointed to the effect of the creator economy on out of home, stating: “Creators are posting more out-of-home messages across their social media channels, meaning the stronger the creativity the greater likelihood for amplification. From TikTok to Instagram, OOH executions take on additional legs when the ideas create engagement and sharing. The best OOH also generates likes and clicks.”

Engagement on reposted or shared out of home ads is also nothing to scoff at, according to the poll: 48% of users engaged with an out of home ad they saw on social media by visiting the company’s website, and over a third (36%) say they searched for the company online.

According to Keywanfar, companies have been increasingly incorporating out of home, with a mind toward virality on social media, into their media planning and strategy.

Media owners like Netflix or Spotify have in recent years bought “staple billboards” in places such as Times Square or Sunset Boulevard because whenever they highlight new releases, artists are “inclined to post it on their socials, and it’ll bear the streamer’s logo on it and it gives them those additional impressions that are earned media value,” says Keywanfar.

MilkMoney has run several campaigns that have strategized around creating a billboard that is likely to generate social media virality. For instance, in advance of Canadian rapper Drake’s 2021 Certified Lover Boy album release, a billboard campaign teased a number of guest features. Those artists, such as Lil Durk (also known as Smurk), then shared the billboards, which were strategically placed in the hometowns of said rappers, on their social media accounts to help promote the album.

In best-case scenarios, impressions can quickly balloon. While a billboard may get a million impressions in a well-trafficked area, if a celebrity or influencer is included in the copy and amplifies it to their millions of followers, and then their friends share that post and copycat or fan accounts do the same, suddenly it has obtained 300-400 million more impressions that just the single activation alone. And it has occurred, often, in just hours.

Of course, not every media company or brand is going to have access to the celebrities and influencers with clout and high follower numbers. But that doesn’t mean the media strategy need not apply, albeit with perhaps more creativity needed to make a bid for virality on socials.

“What they’ll do is come up with a very witty copy,” says Keywanfar of early-stage startups in the space. “Regardless of how big or small they are, funny copy is funny, and if you come up with funny copy and it’s contextual, you’re going to get people naturally to take a picture of it and share it just because people like to share funny things that they see.” 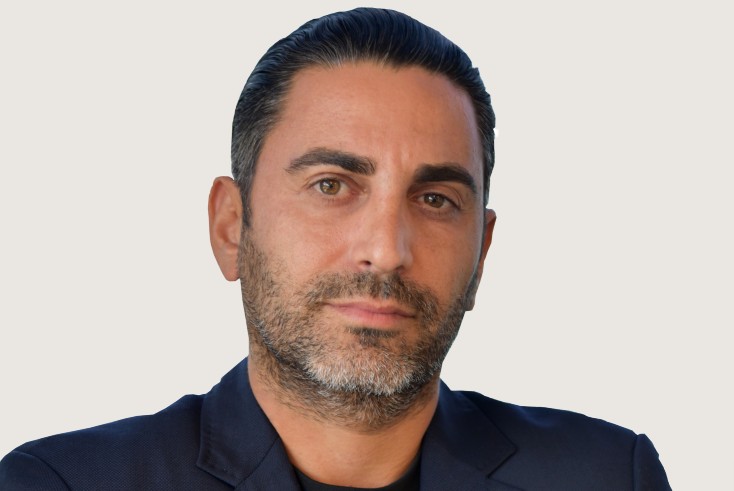 “It’s nice if you’re able to get a celebrity,” added Keywanfar (pictured, above). “But it’s not a necessity when it comes to out of home because there’s so many other ways that you can engage consumers.”

While stunts, such as a drone-created QR code in the sky at a Travis Scott concert (pictured, main), can get picked up by Rolling Stone and shared widely, other general advice is applicable even to the most humble of billboard advertisements.

In terms of strategy, media buyers should take note of the location and type of inventory being purchased, says Keywanfar.

“We’re very selective about the inventory. We tend to send them towards static inventory.”

He notes MilkMoney prefers static for campaigns that aim for user-generated content to both make sure the timing is guaranteed, but also because pictures and videos of static billboards look much cleaner (i.e., not pixelated) and are therefore able to be captured on phone cameras more reliably in a way that looks nice.

The placement of billboards is also key to the success of running media campaigns across out of home and user-generated digital in tandem. Many billboards—digital and static—tend to be on highways, which are naturally difficult or otherwise dangerous to photograph or film while driving. Instead, MilkMoney opts for high foot traffic areas where there’s a safe area for content capture “so that we’re not running fans into the middle of the street”.