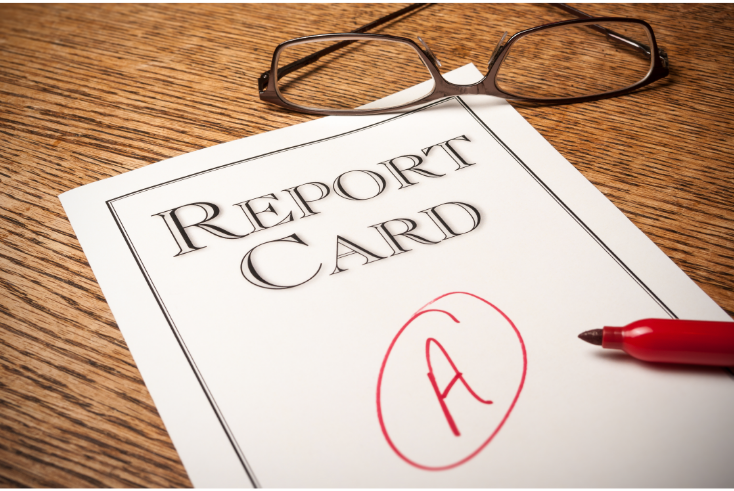 How much progress has been made in the five short years since the ANA investigated the US media market. Nick Manning gives his verdict

A lot of water has passed under the proverbial bridge since the Association of National Advertisers conducted its famous investigation into the workings of the US media market in 2016.

The K2 Intelligence report grabbed all the headlines in June that year, revealing as it did “pervasive” irregular practices.

The solutions to these practices were contained in the follow-up document ‘Media Transparency: Prescriptions, Principles and Processes for Advertisers’ in mid-July. It was accompanied by a framework advertiser /media agency contract template, devised by Reed Smith and based on ISBA’s original template.

From a personal point-of-view, it was a milestone year as I spent the first half of it co-authoring those recommendations and the second half of the year talking about them around the world.

Understandably the industry behaviours exposed by the K2 report eclipsed our rather less sensational guide as to how advertisers should address the findings, but quietly the industry started the delicate task of asking itself some tough questions. One of those questions the was whether our guidance would be followed.

So, five years later, how much progress has been made?

Let’s look at our seven recommendations and assess what has happened.

We recommended that advertisers should adopt strict disclosure protocols when media agencies are acting as principals in transactions with media vendors.

This was perhaps more relevant to the US market where media agencies traditionally acted as agents for the client and not the primary contracting party, but the market had seen the explosion of principal trading; effectively media agencies were buying on their own behalf and re-selling to their clients.

This is now more commonly referred to as ‘inventory’ or ‘undisclosed’ buying, where the advertiser cannot track the media buys and even where their ads appeared,

In the UK, the Media Agencies have always been principals and therefore able to pay at one rate and charge clients at another. I first came across this practice in the 1980s. The modern day equivalent is arbitrage masked by ‘undisclosed’ deals.

Our recommendations aimed to give advertisers far more insight into what was being bought on their behalf and at what price in ‘undisclosed’ trading, making it disclosed to all intents and purposes.

In the short-term, the ANA study unquestionably suppressed some inventory media trading and undisclosed deals by exposing the potential (and actual) abuses that it masks.

However, we have seen a resurgence in inventory media trading in recent times and it has spread from online to other media, including TV, even in a disclosed context.

Our recommendations specified ways in which advertisers should identify and evaluate inventory media, including an insistence on having it identified as such at the planning stage. There needs to be a very strong rationale for advertisers to give up transparency to get the benefits they should receive anyway.

There should be a clear understanding from the outset between the advertiser and their media agency whether inventory media is of benefit to them, the reasons why and the terms of such trades. This should be a contractual matter and the advertiser should adopt the kind of protocols we specified in the ‘Prescriptions’ document.

There is room for improvement in client understanding of this somewhat arcane, but important, point.

There has undoubtedly been an improvement in advertisers’ contractual robustness since the ANA report and the various ISBA frameworks, the latest version of which is launched this week.

These have developed to be comprehensive terms-of-trade that reduce uncertainty and improve trust, leaving the parties to get on with the job of creating better advertising.

The recommendations in our 2016 document are as valid today as they were then especially in regard to the digital components, including contractual undertakings on brand safety protocols, viewability thresholds, video completion rates and other performance metrics.

The digital aspects of the contract have not been as thoroughly adopted or policed as the more established clauses, and given the enormous rise in digital spend since 2016 this should now be a priority.

It could be argued that the contract compliance auditors have not developed their digital services as much as they should, covering performance as well as money.

In time, new contractual content will be forthcoming in the programmatic space following the ANA’s incipient study (where Tom Triscari and I are advising them), but in the meantime, the recommendations in ‘Prescriptions’ are still highly relevant and the ISBA contract language provides a solid basis for digital activation.

Media Agencies that agree a contract with their clients should clearly adhere to it and should be keen to demonstrate that they have.

Contract compliance verification is made more difficult by the influence of the group buying entities that sit behind the network agencies and it is still the case that the compliance trail goes cold when money is moving around between group entities, often beyond the reach of the contract.

Advertisers should ensure that they have the right clauses to be able to follow the money and data through the value-chain, especially in digital with so many links in that chain.

While the number of compliance audits has undoubtedly grown over the last five years, there are still too many contracts with grey areas beyond the audit.

There is a wider choice now of compliance auditors and advertisers should ideally employ the auditor who has developed the widest range of compliance skills in the digital space as this is where the greatest value leakage lies.

Allied to the contractual and audit points, governance was another keystone of ‘Prescriptions’ and it broke new ground by aiming to make contract compliance a high-level business matter, overseen by the advertiser and media agency CFOs.

In reality this has not happened to the extent that it should given the money at stake in a company’s media spend.

The governance clauses from 2016 still hold water but it appears that our industry has not yet adopted the kind of governance that exists in other sectors and that should normally apply when billions of pounds are being handled.

This recommendation did also state that clients should appoint a chief media officer who should take responsibility for the internal governance process.

While there has been a lot of progress in clients appointing well-qualified media people, contract governance is not generally one of their primary functions.

One of the most important recommendations in ‘Prescriptions’ was that advertisers should take ownership of their data and exert control over the media technology used on their behalf.

This is one area, which has seen a lot of progress since 2016, and most large advertisers have now tightened up considerably in this area, although the driving force behind this is privacy, GDPR/CCPA and brand safety more than media transparency per se.

Generally, the digital advertising eco-system remains mired in complexity with leakage throughout the value-chain, as amply evidenced by the 2020 ISBA/PwC programmatic study and its predecessors.

The recommendations set out in ‘Prescriptions’ have not been adopted to any great extent but still apply in full.

The lack of take-up can be explained by the supply-side’s general aversion to transparency in the value-chain and this has necessitated the ANA’s current review.

The ANA was keen to ensure that its members should tighten up their hold on media and introduce the kind of policies that they systematically apply to other business sectors.

The recommendation of a chief media officer (or equivalent) was part of this and we have seen a strong uptick in advertisers recruiting media specialists to gain better control over their media. While this has improved transparency, the reason for it is rooted in the need to manage multiple channels and platforms, often across multiple categories and brands.

Another recommendation is that advertisers should ensure that agency compensation is ‘fair and reasonable’.

The ‘Prescriptions’ report stated that “cost reduction for its own sake is a short-term strategy and is not sustainable”. This also applied to payment terms.

While there is a recognition in the advertiser community that this is self-evident and the right thing to do, it is also the case that fee rates have been squeezed over the last five years and have led to what Michael Farmer, author of ‘Madison Avenue Manslaughter’ has described as ‘juniorisation’ in some agency posts.

In the case of media agencies, the squeeze on fees can (and does) lead to a heavier reliance on unearned income (sometimes undisclosed), inventory media usage and an over-use of the more profitable digital supply-chains.

Procurement practices are turning to value rather than sheer cost but the process is slow at a time when advertisers are seeking economies and agencies are shoring up revenues through new business.

This is a long-running saga that has not improved over the last five years.

7. The Code of Conduct

We advocated that clients and their agencies should co-author a code of conduct to provide a constant reminder of their obligations to one another. We saw it as a shorthand version of the client/agency contract, which can run to 50 pages or more.

This has not really happened. It is a good idea but the reality is that client/agency relationships are constantly reviewed and have their pulse taken more regularly now than ever before.

Overall, the recommendations in ‘Prescriptions’ stand the test of time, many have been adopted, some not but it is fair to say that the document has made a significant contribution to the conduct of media between clients and their agencies over the last five years.

Although the starting-point for it was the need for media transparency, the progress that has been made over the last five years is due to a range of factors, notably the need for advertisers to take more control over their media.

This includes in-housing some disciplines, mostly strategic or technical, such as marketing measurement, and they value the extra ability to make better decisions faster.

The ‘Prescriptions’ remain a strong manifesto for media management of many kinds, and better transparency is one of the benefits.

As an industry we should probably score ourselves as a 7 out of 10 in terms of the progress that we’ve made; some areas, especially in digital, still need a lot of improvement but the industry trade bodies are doing sterling work in addressing the necessary improvements, while driving as much consensus as can reasonably be achieved.