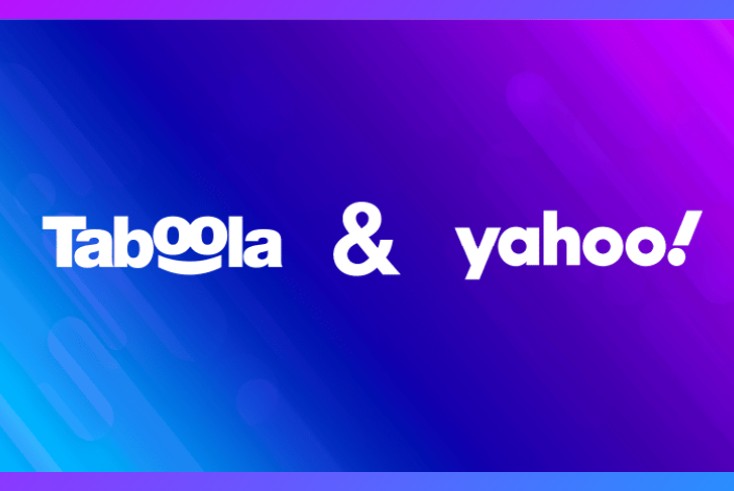 Yahoo has entered into a 30-year partnership with digital advertising network Taboola by acquiring a 25% minority stake in the company.

Taboola is known primarily for serving native ads, such as those in sponsored “Recommended For You” boxes at the bottom of online news articles. Under the partnership, the company will power native advertising and recommendations across all Yahoo-owned digital properties.

The investment comes following years of desire from Taboola to seek expansion through mergers or acquisitions. The company had previously sought to combine with fellow online recommendation platform Outbrain, but negotiations stalled and were called off in 2020.

Since going public, however, Taboola’s valuation had fallen nearly 80% from $2.6bn to under $500m before Yahoo announced its stake.

A bright spot in a tough year: the company was awarded an IAB UK Gold Standard 2.0 Certification in February.

“To start, Yahoo native advertisers will now buy Taboola exclusively, meaning that our publishers will get even more quality demand. Additionally, we’ll be able to invest even more in driving revenue, engagement and audience growth for Open Web publishers,” he added.

Singolda wrote in a blog post that the partnership is expected to improve the company’s revenue per share by around 32%, adjusted Ebitda per share (the company’s measure of profit) by about 43%, and increase its free cash flow by around six-fold (500%). “Once we’re fully ramped up”, he added, Taboola’s partnership with Yahoo will likely generate an additional $1bn in annual revenue.

The move signals interest from Yahoo in expanding its digital advertising footprint at a time when major tech companies like Alphabet, Meta, and Snap have described a significant downswing in digital adspend amid recessionary woes. Taboola’s own nosedived value serves is one such example of the difficult market environment.

Yahoo CEO Jim Lanzone told The New York Times that the long-term deal positions both companies well for the future, saying “I’m thinking, you know, five, 10, 30 years, digital advertising has huge wind at its back over the long term.”

The deal is expected to close in the second half of 2023. Yahoo will receive a seat on Taboola’s board.