Crisis-weary Truss will cling to fawning and fantasy media 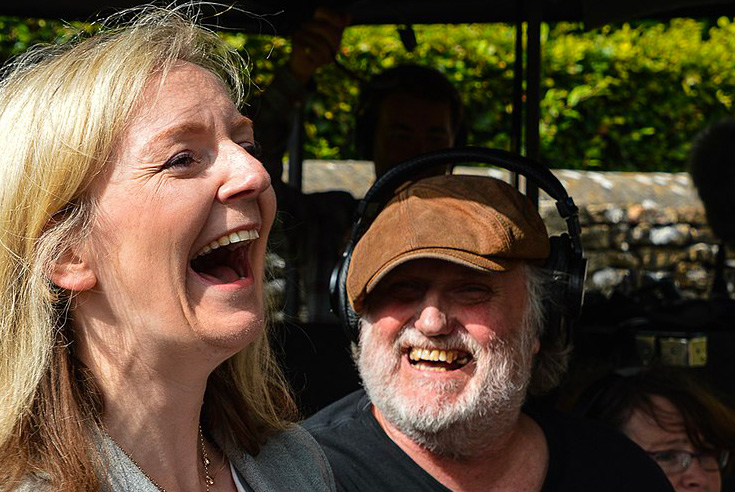 It is going get tougher and tougher for all but the slavishly Tory media as Liz Truss becomes Prime Minister (barring a huge upset) at an extraordinarily difficult time.

The Times has attacked her economic illiteracy in planning tax cuts at a time of rapidly rising inflation, cuts with the additional downside of doing nothing to help the poorest at a time of historic high energy prices.

Yesterday’s Times leader warning of “a nation adrift” at a time of multiple crises, will scarcely have pleased the Conservatives. But it is the excoriating words of Parris that would send most normal people straight to bed to pull the duvet over their heads.

Parris has developed the theory of initial political-first impressions and it has long guided his judgement. More than five years ago, when the word first spread that Boris Johnson planned to run for the premiership, Parris argued this was laughable because he was completely unsuited to the job in every way. If such a ridiculous thing ever happened it would inevitably end in tears.

He argues, tellingly: “The ability to acquire power has never entailed an ability to exercise it.”

As for Truss, Parris believes she is intellectually shallow, with wafer-thin convictions and wooden communication skills, driven by ambition “pure and simple.”

For good measure she is also dangerously impulsive and headstrong. As Parris sees it: “there is no more to Truss than meets the eye.”

As The Media Leader‘s Omar Oakes noted in his 100% Media 0% Nonsense column on Monday, there will inevitably be huge rows with the media — or all but the most Right-wing sections of it — when Truss comes up against the reality of the most multi-headed series of crises any incoming peacetime Prime Minister has faced in the modern era.

The Daily Mail, The Sun and the Daily Express, who see Truss picking up the reins dropped by their beloved Johnson, will cheer her every failure to the rafters. Or, if they can’t manage that, at least ignore them. The rest, the fact-based media, will very rapidly become the enemy and you can forget prime ministerial interviews on the BBC, ITV or Channel 4.

Her media outlets of choice, apart from the fawning Right-wing national newspapers, will be fringe broadcasters such as GB News and TalkTV. We already have a flavour of what is to come from her hustings on GB News when she praised the right-leaning channel and couldn’t help herself smearing hundreds of honest and professional BBC news journalists.

“It’s (GB News) not the BBC, you know, you actually get your facts right,” said Truss, who may or may not be in power when the BBC’s next Royal Charter is negotiated.

By chance, the new regime at Warner Brothers Discovery now pushing for a more “neutral” approach to the news has pulled its investment in GB News presumably because of its overtly right-wing stance.

Some will think it unfortunate that such a policy of neutrality may also have lain behind the axing of Brian Stelter’s Reliable Sources programme on CNN after 30 years on air. The executive now in charge of CNN, Chris Licht, apparently wants to return to an older strategy with a less overtly opinionated Left-wing style of reporting.

Stelter went down fighting in his last programme on Sunday arguing that it was not being partisan to stand up for decency, democracy and dialogue.

“It’s not partisan to stand up to demagogues, it’s required, it’s patriotic. We must make sure we do not give a platform to those who are lying to our faces,” Stelter argued.

Even though Truss may not quite be a Trump — Johnson was closer to that model of casual lying in all things — British media executives, or at least those still open to reason, should mark the words of Stelter and ponder.

Anger over C4 privatisation will turn to Truss

As for Channel 4, Truss, unlike Rishi Sunak, has not actually declared herself in favour of going ahead with privatisation although she wants the channel headquarters to remain in Leeds.

She does, however, prefer private to public in almost all things and it may only take a few episodes of Channel 4 News after she becomes Prime Minister to solidify her opinion.

The best chance for the survival of a publicly owned Channel 4 now lies with the House of Lords. Prime Minister Truss will also face another less orthodox, but increasingly sophisticated, outlet of opposition, on Twitter.

There a storm of protest can be assembled in a day — the most recent involving the dumping of raw sewage in rivers and the sea — as individuals showed pompous pictures of their local Tory MPs and accused them of being responsible for dumping sewage.

On a technicality the Tory MPs voted against a Labour amendment banning such dumping but it actually amounts to the same thing. And just as voters quickly made up their minds on Johnson and Partygate, the same could happen on sewage. Particularly as The Guardian reports that Truss, as Environment Secretary, was responsible for cutting £235m from the budget of the Environment Agency including controls on dumping of raw sewage. The Conservatives should be very wary when the #TorySewageParty hashtag starts to trend on Twitter.

Parris in The Times believes, of course, in the likelihood of first impressions being right all along. As for Truss, her leadership and the Tory Party will end up, he believes, in tragedy for both.

“She’s crackers. It isn’t going to work,” Parris says in his first, second and concluding impression.

It is also going to become a tougher and tougher time for all but the slavishly Tory media as Truss finds out her only skill was to achieve power rather than exercise it.