You are under attack and it will get worse 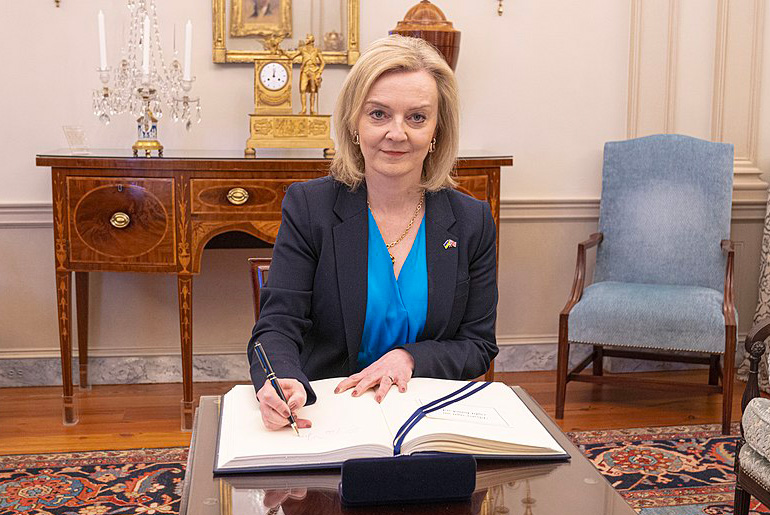 The overwhelming favourite to be the UK’s next Prime Minister will keep attacking the media to cover up her mistakes. The attacks will keep coming because she will make lots of mistakes.

An honest question for anyone working in the media industry today: have you ever considered why your industry exists?

Why is there this ecosystem of television, cinema, newsbrands, radio, magazines, outdoor screens, communicating messages and stories every day?

I’ve been thinking about this quite a bit lately and the best answer I can give is: media exists to fulfil a human need to share what we know and how we feel.

Continue reading or watch a video version of this column:

Yes, it’s become a sophisticated commercial operation, the challenges and aspirations of which are featured and discussed in our content on The Media Leader everyday. But stripped back to its essence, “media” is surely just an amplified version of one human’s desire to communicate with another.

That ‘truth’ needs to be protected. You’ll often hear people invoke ‘freedom of speech’ as the bedrock of a free society, but there needs to be some degree of ‘freedom from speech’, too, when that speech is deliberately fraudulent and malicious.

Playing to the crowd

Why the existential preamble? Because it’s important to remember why the media is worth fighting for when it comes under relentless attack from cheap political hacks.

They don’t come any more political or hackier than Liz Truss, whose first foray into politics featured a tirade against the monarchy as a 19-year-old Liberal Democrat activist in the early 1990s. So committed was she to the Lib Dem cause that she, er, joined the Conservative Party two years later.

Why do the Tories now adore her so? Is it because she so famously branded it “a disgrace!!!” that the UK imports a lot of cheese from other countries?

Or is that she has apparently spent her time as Foreign Secretary by posing for photo-ops at an unprecedented rate?

Other than promising tax cuts and a ‘war on woke’ (?), there is one thing that is guaranteed to draw cheers from the Tory faithful. It was on display, not for the first time, last Friday night during a leadership hustings hosted by GB News.

In reaction to what looked seemed like a pretty innocuous misstep by moderator Alistair Stewart (he said a report was from 2019 instead of 2009 — how dare he?!), Truss guffawed, swivelled her eyes around the room, and snapped: “I always thought you had high-quality standards at GB News — it’s not the BBC, you actually get your facts right.”

Let’s leave aside the fact that the BBC consistently ranks as one of the UK’s most trusted news organisations.

This was after Truss attacked the media several times during a TalkTV hustings, during which she was asked if Boris Johnson’s downfall as Prime Minister was of his own making, or someone else’s. When audience members were heard shouting the “media” as the culprit, Truss replied: “Sounds like you’re being blamed Tom and, you know, who am I to disagree with this excellent audience?”

Of course, this is for show. She can slap around the likes of GB News and TalkTV because they’re ‘onside’ and won’t turn on her. She can also kick the BBC repeatedly because it is unable to fight back from its impartiality prison.

But telling truth to power can get you hurt, or worse.

It was only 10 days ago that one of our most renowned living authors, Salman Rushdie, was repeatedly stabbed for the heinous crime of writing a book that was published in the late 80s. Three years ago a young journalist was murdered in Northern Ireland. A Washington Post columnist was chopped into pieces at the apparent orders of the Saudi Arabia crown prince four years ago and, not only has the Government done next to nothing in response, it encouraged football’s Premier League to let Mohammad bin Salman buy Newcastle United.

And yet there is apparently no penalty for continually pressing the ‘bash media’ button. She is publicly backed by several of the most-read newspapers in the country. One of the reasons she is so far ahead in the polls is precisely because she has such strong support from the likes of the Mail and the Daily Express.

What’s more worrying is her default tactic to attack the media when she makes mistakes. And there are a lot of mistakes for someone apparently cruising to power.

The most troubling was three weeks ago, when she put out a press release on a Monday morning about wanting to cut civil service pay outside of London and immediately inspired outrage from Conservative MPs. By midday the next day she was abandoning the policy — not because she had been convinced it was wrong or that she had made a mistake — but because the policy had been “wilfuly misrepresented” by the media.

By simply refusing to acknowledge reality and playing this kind of game, she is effectively taking a page from the Donald Trump playbook. Say whatever you want and trust that your supporters will be so loyal that you could shoot someone on Fifth Avenue and not lose a single vote.

If she’s like this when she’s 30 points ahead in the polls, what’s she going to be like when she’s actually Prime Minister and having to make impossible decisions every single week?

This is not supposed to be a political column. It’s a warning about the state of our media business. Are you really going to let a politician — especially this politician — mess around with your business by talking rubbish about it all the time?

Brian Jacobs, Founder, BJ&A Ltd, on 22 Aug 2022
“Very good points, well made. Is the media industry going to sit there and take this constant sniping, and if not what can it do about it? I see two options, one regulatory, one commercial. On the regulatory front letting the Conservative Governments of Cameron and May get away with cancelling Leveson 2 without so much as even a minor fuss was a huge mistake. Leveson 2 was planned to address the oh-so-cosy relationship between newspapers, politicians and the police. It was quietly dropped following pressure from one or two, two or three proprietors. Any future Labour Government ought to resurrect it. Commercially, today's sales directors really have zero influence. It was not always so. Harold Evans famously consulted his Sales Director before embarking on his landmark thalidomide campaign. He (Evans) would no doubt have done what he did anyway (and his Sales Director encouraged him to do what he saw as the 'right thing' in any case) but the point is he did think it important to consult. Advertisers buy audiences. They define these audiences in a number of ways as we all know. What if political persuasion was a demographic? What if TGI's lifestyle questions included statements on topics like immigration, or even Brexit? What if you could buy campaigns against a target of committed remainers, or leavers? What if a newspaper's more extreme editorial views had commercial consequences? It's an interesting question.”