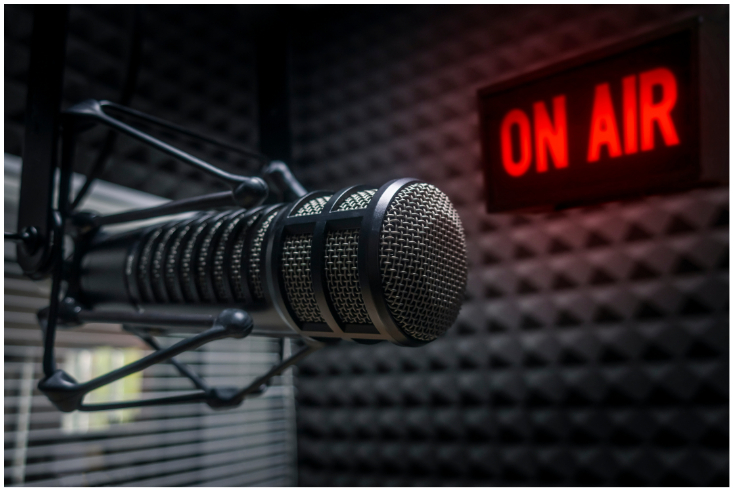 The report revealed an audio overview, wave on wave trends, as well as the relative prominence of live radio, listen again, podcasting, on-demand music services, devices and time spent in “an increasingly multiplatform and multidevice world”.

In its audio overview, it showed live radio made up 71% share of adult listening, followed by on-demand music with 15%, podcasts with 5%, and then digital tracks and audiobooks with 3% each, CDs at 2% and listen again at 1%. 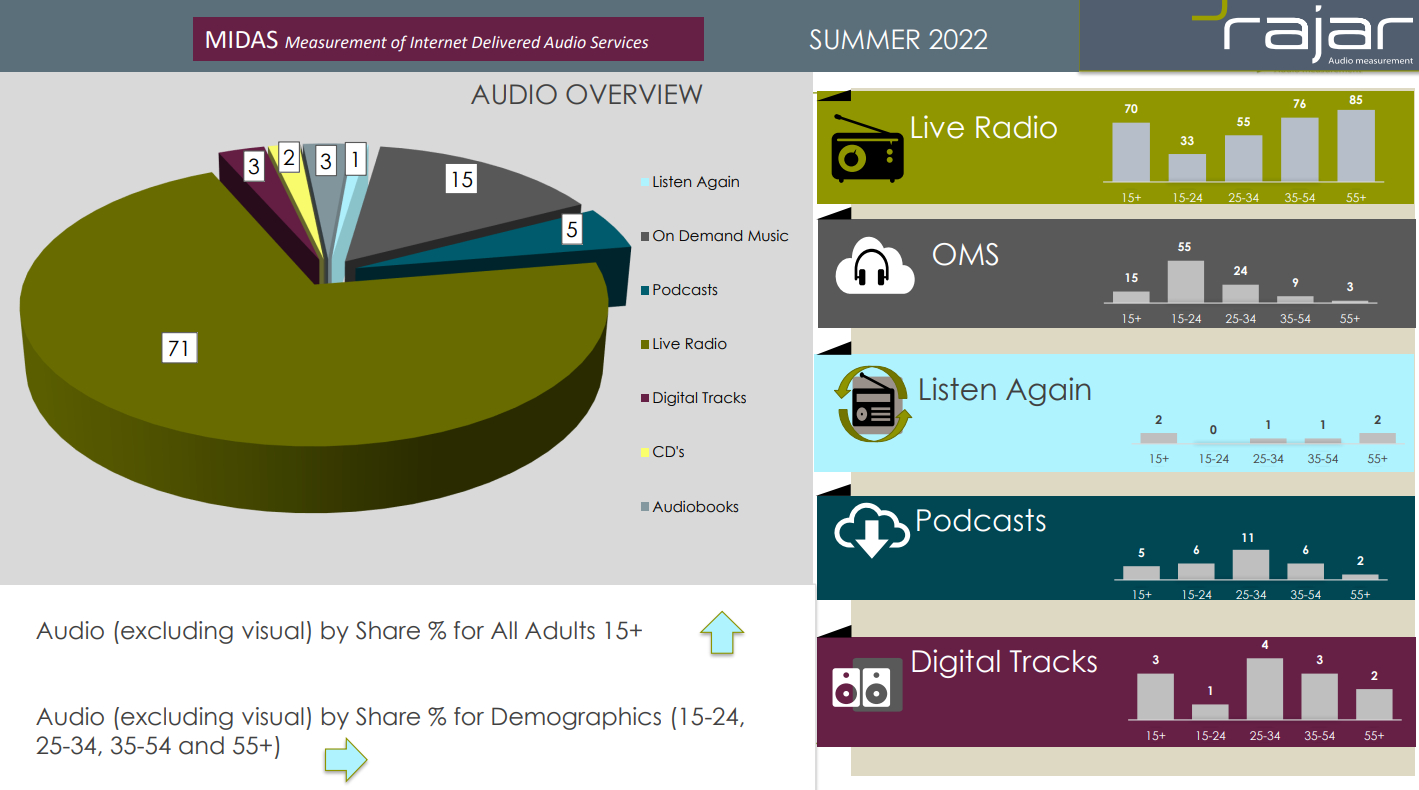 Weekly reach of audio types saw live radio take 88%, followed by on-demand music services with 34%, and then podcasts or downloads in third place at 19%.

Along age and gender lines, ‘listen again’ or catch up radio was revealed to be more favoured by older demographics, in particular those aged 55 years and over.

In addition, live radio and catch up radio listening was almost equally split between gender, while podcasting skewed towards male listeners.

More than half (54%) of all users of on-demand music platforms, which comprised Spotify, Apple Music, and Amazon Prime Music, users were aged between 15-34.

Rajar Midas also discovered the main activities that listeners would be carrying out while listening to different types of audio.

More than half of radio listening (56%) was while driving or travelling, 33% was while relaxing or doing nothing in particular and a joint 31% were doing household chores or eating, drinking and cooking. A quarter of live radio hours were done while working or studying.

DAB digital radio made up 46% of radio listening, followed by AM/FM Radio (26%), and voice activated speakers or other devices (11% each).

The highest share of live radio listening was done in the home (62%), with car/van/lorry, work or place of study and public transport, walking or elsewhere netting 22%, 14% and 2% shares respectively.

These ratios for activity, device and location changed for listen again or catch up radio, podcasting, and on-demand music.

Live radio listening started peaking around 8am Monday to Friday with listening to on-demand music, listen again or catch up radio and podcasts rising later in the day (see chart, below).

On the other hand, listening via voice activated smart speaker only made up between 1 and 2% share of listening to audiobooks, podcasting or downloads and listen again or catch-up radio.

The data was drawn from a sample of 1,696 adults aged 15+ who completed a seven-day Midas diary in mid-September. This is the second wave of reporting since the pandemic, and the data has been “rolled” with the respondents from Midas Winter 2021.

Trending
The light TV viewer is about to take up a lot more of your time
Mediatel are the audio experts operating at the centre of audio trading, distribution and analytic processing. Contact us for more information on J-ET, Audiotrack or our RAJAR data engine. To find your new job in audio visit Mediatel Jobs a dedicated marketplace for media, advertising, martech and adtech roles.
Mike Terry, private, private, on 23 Oct 2022
“There are two statements in this report that I find it difficult to reconcile: First statement: DAB digital radio made up 46% of radio listening, followed by AM/FM Radio (26%), and voice activated speakers or other devices (11% each). Second statement: Voice-activated smart speakers registered a share of nearly three quarters of live radio listening (73%), Surely they can’t both be correct?”