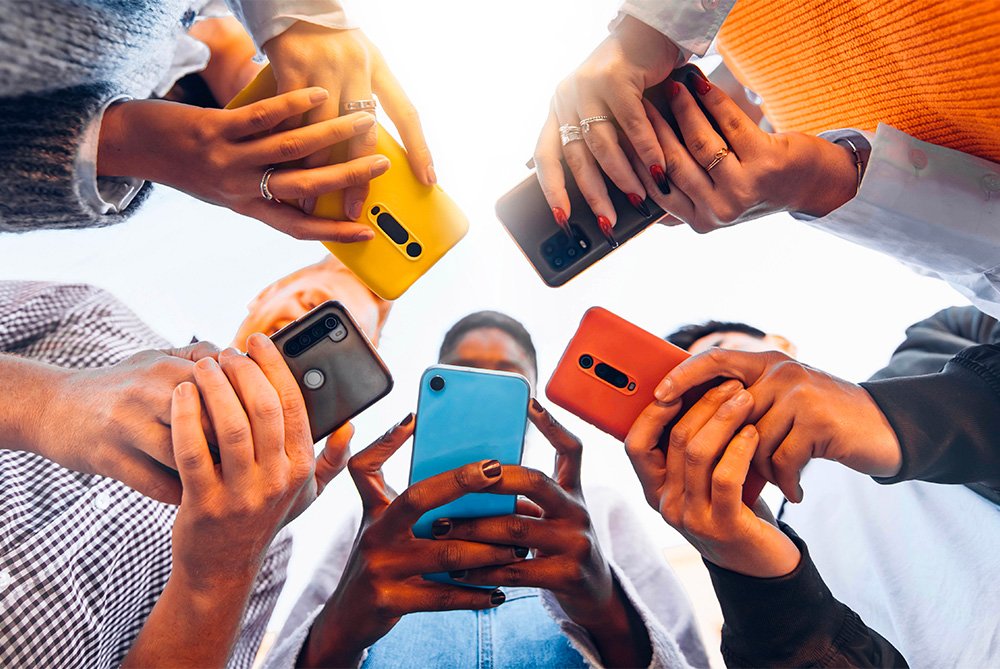 Ofcom’s report said it had found “the generation gap” in media habits had reached “a record high” as 16- to 24-year-olds watch 53 minutes of broadcast TV in an average day, compared to five hours and 50 minutes among those aged 65+.

This works out at seven times less broadcast television for the younger generation, and marked a fall of two-thirds in the last 10 years, whereas the average viewing time for the older generation was slightly up on a decade ago.

Nine in 10 people aged between 18 and 24 “bypass” TV channels and go directly to streaming, on-demand and social video services when looking for something. Netflix was the most common destination for this demographic.

However, the proportion of audio listening time taken up by live radio has fallen 75% from 2017, now accounting for 63%. Meanwhile share of music streaming services like Spotify and Apple Music have more than doubled from 8% to 20%.

Radio sets remained the main way to listening to radio, making up nearly three-quarters (73%) of listening hours in Q1 2022, with 10% via smart speakers, 12% via other online services and 5% through digital TV.

Radio revenues totalled £638m last year, an increase of 20% year-on-year, or 4% compared to 2019, mostly drven by national advertising revenues. Ofcom noted that while advertising, sponsorship and other revenue increased across the sector as a whole, the strength and nature of the recovery since 2020 has varied across stations and broadcasters, with some continuing to note “difficult trading conditions”.

Overall the average amount of time spent watching TV and video content in 2021 across all devices was five hours and 16 minutes per day, a decrease of 25 minutes compared to 2020 during Covid lockdowns, but an increase on 2019.

Ofcom revealed time spent watching TV from broadcasters, including linear, recordings and on-demand fell 9% compared to 2020, and 4% compared to pre-pandemic levels in 2019. This represented a “long-term trend of decline” has resumed in viewing of broadcasters’ content over the past decade.

However, broadcaster video-on-demand (BVOD) “bucked the trend” of post-pandemic declines in viewing time. According to the report, time spent watching services like BBC iPlayer, ITV Hub and All 4 went up by an average of three minutes per person per day to 15 minutes, which “partially offset” decreases in other broadcast TV viewing.

In 2021, commercial public service broadcasters achieved their highest revenues in five years, despite a 13% decline in live TV viewing.

The TV ad market returned to growth after six years of contraction, and revenue rose to £4.7bn boosted by live sporting events like the UEFA Men’s Euros. Collectively, ITV, Channel 4 and Channel 5 brought in their highest revenues since 2016 but Ofcom’s report emphasises that an anticipated economic slowdown “could restrict future growth”.

Overall, commercial broadcast revenues rebounded strongly from the adverse impact of Covid-19, and increased by 10.6% year-on-year to £11.3bn, 4.5% higher than 2019.

Netflix, Amazon Prime Video and Disney+ in a fifth of UK homes

Around 5.2 million homes, or a fifth of all UK homes subscribe to all three of the most popular platforms – Netflix, Amazon Prime Video and Disney+ – which in total cost around £300 per year.

Subscription video-on-demand services like Netflix and Disney+ were used by just over two-thirds (67%) of UK households by Q2 2022, which marked a decline from its peak of 68% in Q1.

However, the proportion of households yet to try one of these streaming services is becoming smaller and “harder to convert”, which combined with the growing cost-of-living crisis and rising inflation is leading to slower subscriber growth and customer retention.

The Media Nations Report highlighted less-established services such as Apple TV+, Discovery+ and Paramount+ continue to face “strong competition” to take on one or more of the more dominant streaming giants and said streaming services with hybrid business models “may become more common”.

For example, tiered offerings could mark competition with established BVOD services like ITV’s planned relaunch of ITVX slated for release in Q4 2022.

YouTube and Facebook remained the largest social video platforms in the UK, reaching 92% and 95% of UK internet users aged 15 and over in Q1 2022.

However, TikTok kept growing and reached 35% of adult internet users and 66% of online 15- 24 year-olds in the same time period.