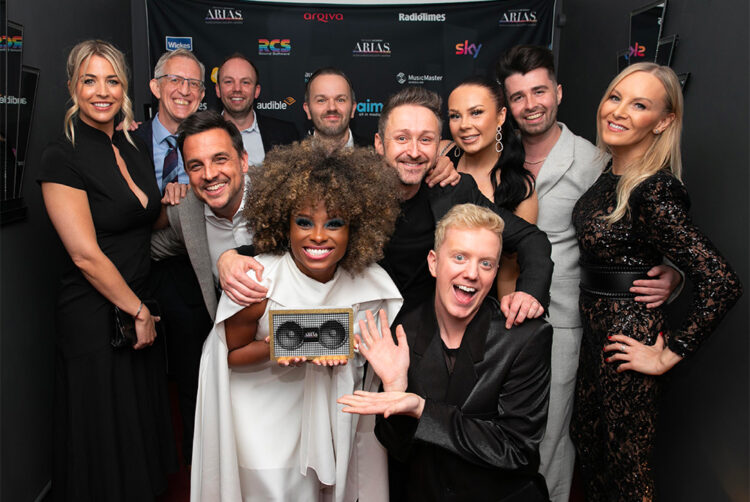 Today marks a key moment in the history of UK commercial radio after ad-funded brands overtook BBC radio in share of listening for the first time in 23 years, while Radio 1 fell to its lowest-ever Rajar audience.

The latest quarterly Rajar audiences show that commercial radio’s combined share has reached 49% in the UK, compared to 48.1% for the BBC — the first time commercial’s share was bigger since Q2 1999.

Commercial radio, which is dominated in the UK by audio broadcasting giants Global and Bauer Media Audio, already surpassed the corporation for overall listeners in the fourth quarter of 2015. What was then a gap of 200,000 weekly listeners has now widened this quarter (Q2 2022) to 3.3 million listeners.

The decline in share for BBC has been driven in a drop in hours spent listening. Overall, total hours per week spent listening to commercial radio was down slightly by 0.3% to 488,503, while BBC Radio declined faster by 4% to 479,845.

UK radio’s overall weekly audience now stands at 49 million people, which represents 88% of the population. Commercial now reaches 36.3 million (up from 35.1 million when it overtook the BBC in 2015). By contrast, the Corporation’s total audience has declined from 34.9 million in Q4 2015 to 33 million in these new figures.

Despite this ascendancy for the commercial sector, radio is clearly being impacted by changing behaviours in the Spring months as workers returned to offices and people began to travel more frequently as Covid-19 restrictions lifted.

Bauer’s biggest music radio service, the Hits Radio brand (pictured, main image), was a rare exception as being up and now reaches 9.5m people each week. The Greatest Hits network has a combined audience of 3.6 million people.

The biggest radio station overall remains BBC Radio 2, with an audience of 14.5 million (down by 0.3%), while the flagship Radio 1 has now fallen to its lowest audience since records began to 7.5 million weekly listeners — down from a height of 11.5 million in September 2020.

Talk radio clearly suffered in particular. Global’s talk radio brand LBC now reaches a combined audience of 3.3m (down 5.7% compared to last quarter), while rival News UK-owned Wireless saw a 9.2% quarterly decline to 3.9 million across its talkRADIO and talkSPORT network. GBNews saw a significant increase of 16% to 277,000 weekly listeners, albeit from a low base as a fledging radio brand that is simulcast on TV.

Today’s Rajar release is the first time we have been able to look at a full year of quarterly audience figures since the Covid-19 pandemic began. The company was unable to carry out surveys when lockdowns were imposed from July 2020 and only relaunched with new methodology in September (Q3) 2021.

However, radio listening at home appears to have become more important now than before the Covid-19 pandemic began. Home share of listening now stands at 64%, up from 59% in 2019, while drivetime figures have increased to 21% as more people return to the office and commute by car.

This round of Rajars also presented the first quarter-on-quarter comparison for smart-speaker listening, which now accounts for 11% of all radio listening (up from 10% in Q2 2022). Analogue platforms of FM/AM still account for 32.4% of listening time.

During the pandemic we have seen mid-morning dayparts overtake the long-coveted breakfast slot as people worked from home during the pandemic. It’s clearly too early to say whether this will remain; this could be a soft trend that reverses as we see people return to offices more regularly.

Over time, the Rajar shows that total breakfast audience is certainly in long-term decline — from 12.5 million weekly listeners in June 2012 to 10.9 million last quarter. The audience increase in the mid-morning daypart, meanwhile, has been reported as 12 million since Rajar began report again last year, having been remarkably stable between 11 million and 12 million in the decade before.

The ascendancy of commercial radio comes at an opportune time for the sector, despite inflation hitting the sector for the first time in a decade.

However, this was due to an increase in advertiser demand rather than a drop in supply (audiences), accord to Publicis Groupe media agency Starcom’s AV group director Scott Measor.

Measor explained: “The inflation was a one-time increase and radio has remained a fixed-price buy, meaning we can have confidence that our campaigns will be delivered in full. As a result our clients’ appetite in radio remains high and it continues to be used regularly across our AV campaigns.

“With an increasing squeeze in young adult impacts across other media such as TV, it has been reassuring to see 16-34 adults reach remain consistent across radio and we hope to see this trend continue.”

As was discussed at Mediatel’s recent Future of Audio Europe event, radio companies are bullish about the sector’s prospects this year due to TV being particularly impacted by inflation, with the football World Cup unusually taking place in November during the busy festive advertising season.

Sean Beaven, director of media at marketing communications agency Wake The Bear, said radio has a clear planning advantage versus the likes of social media and broadcast TV because the price of advertising will be “far more predictable” in the current high-inflation environment.

“An already expensive Q4 for TV will see unprecedented inflation in costs for advertisers, Beaven, a former head of trading at the7stars, told The Media Leader. “The increased volatility of the market, likely combined with fears around an impending recession, will make ventures onto TV, especially for new or early TV advertisers, even more unnerving.”

What’s next: ones to watch in radio

There are also significant talent changes which could impact these audience numbers, too, with Radio 2 veteran Steve Wright retiring from his Radio 2 show after 24 years and Kate Lawler leaving Virgin Radio and being indefinitely replaced by Gaby Roslin.

The political environment will play its part, too, with Liz Truss expected to replace Boris Johnson as Prime Minister and, it is assumed, continue her predecessor’s policy agenda, which includes seeking to privatise Channel 4 as outlined in a Broadcasting White Paper earlier this year.

That White Paper drew a stinging response from then Radiocentre CEO Ian Moss, who accused the Government of “ignoring” the problems that the radio industry faces, such as fair access on smart-speaker devices. Radiocentre, the marketing body for commercial radio, is lobbying the Government to ensure this issue is addressed in the forthcoming Media Bill.

Moss’s successor, Matt Payton, chose to talk about this today in his statement on the Rajar results, showing that this issue is front-of-mind for commercial radio broadcasters.

Payton said: “It’s great to see listener numbers remaining strong and commercial radio continuing to entertain the nation, but these latest figures are also an important reminder that smart speakers are changing the way radio is consumed. This only strengthens the case for legislation to secure guaranteed access to radio for listeners on all platforms.”

Editor’s note: this article was updated after publication to include Scott Measor’s comment.