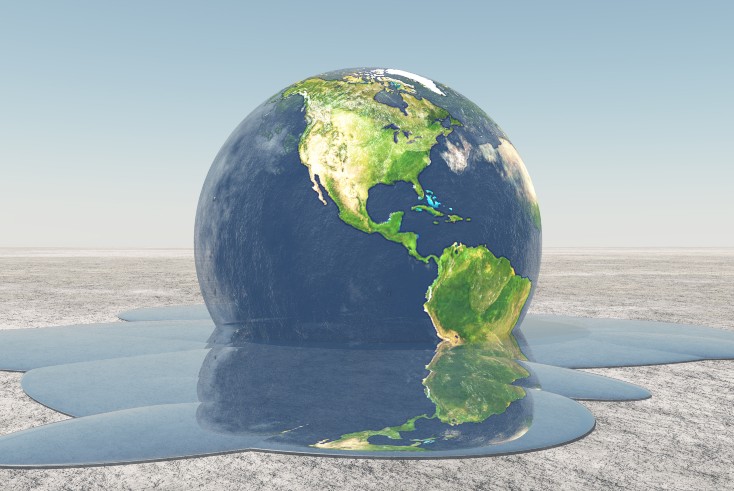 Paid advertisements and social media posts spreading false or misleading claims about the climate crisis, net-zero targets, plus the necessity of fossil fuels, spiked in the lead-up to and during COP27 in November.

An analysis conducted by the Climate Action Against Disinformation (CAAD) coalition detected 3,781 such ads on Meta, totalling approximately $4m in adspend.

The majority of daily ads were run by Energy Citizens, a PR and lobby group for the American Petroleum Institute. America’s Plastic Makers were also found to have spent approximately $1.1m on climate-related campaigns during the timeframe.

Additional top spenders included other energy industry PR and lobbying groups, such as Americans for Prosperity, Energy For Progress and Energy Citizens, and the Canadian Association of Petroleum Producers (CAPP).

Other conservative advocacy groups like PragerU and The Heartland Institute posted ads with active climate denialism, such as claiming that a “new poll debunks the 97% consensus claim about #climatechange” or asking “Has environmentalism become a religion?”

Meanwhile, ads from energy companies like Shell, Chevron, and ExxonMobil were found to have touted their green credentials and contributions to achieving Net Zero, which prior analysis has found to be “inconsistent with the companies’ plans for capital investment in their business.”

Other companies may be implicated in misleading consumers as well; a recent investigation conducted by The Guardian found that many attempts by businesses to achieve carbon neutrality by purchasing carbon offsets through carbon credit provider Verra were in fact worthless.

‘Think about what you’re funding’: takeaways from the Future of Sustainability webinar

CAAD’s analysis also detected an increase in content related to outright climate denial on social media, including a spike on Twitter for the hashtag “#ClimateScam” since last July.

By December, the hashtag had accured over 362,000 mentions from 91,000 unique users, though the most active user accounted for more than 60,000 mentions in the five months analysed.

Indeed, CAAD has found that a “small cohort of accounts have outsized influence in originating and amplifying this kind of content across social media”. It found a dozen accounts were most prolific in the four-week period from 29 October – 27 November, posting climate misinformation or denialism 388 times, garnering an aggregate 343,862 shares of this content.

According to CAAD the term “Climate Scam” is being actively recommended by Twitter for organic searches of “climate”, often as the top result. The Media Leader can confirm such recommendation has persisted into the new year. 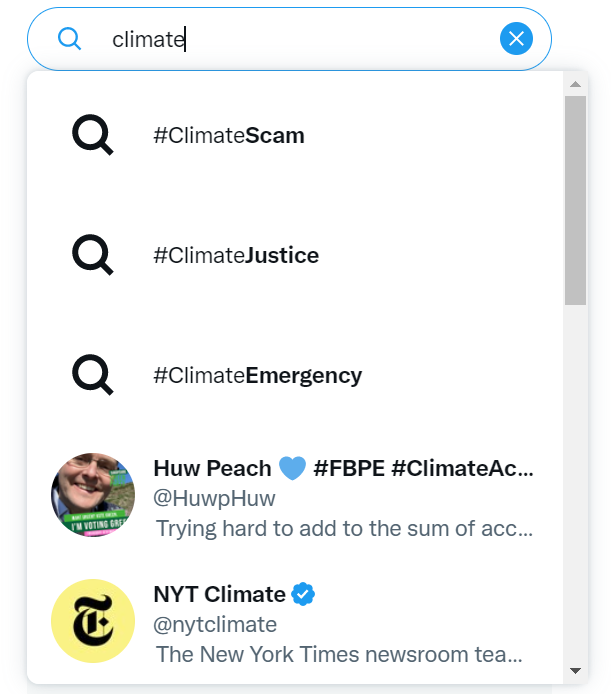 This is despite CAAD’s analysis finding that more activity and engagement has been occurring on other hashtags, such as #ClimateEmergency and #ClimateCrisis; its prominence in search results could not be explained through alternative means such as personalisation (e.g., browsing history), volume of content, or popularity.

Common narratives spread by the misleading advertisements and posts included exploiting the cost-of-living crisis to sidestep concerns regarding carbon emissions, framing loss and damages caused by climate change as “climate reparations”, tying climate crisis concerns to “wokeness” and other culture war issues, and promoting false doubt about the reliability of green energy and false promotion of fossil fuels as necessary and reliable.

Another frequent technique was to include the phrase “energy independence”, which was found verbatim in 1,925 adverts.

“Leaders we spoke to from Germany to Saint Lucia were all deeply concerned about the disinformation war. If the urgency of the climate crisis continues to be undermined by mis- and disinformation, then the climate action we all so desperately need will continue to be delayed to the point of no return.”

COP27 itself hosted a reported record of energy industry lobbyists at the summit. Next year’s COP28 will be held in Dubai, UAE in November and December. The UAE is a major carbon producer.