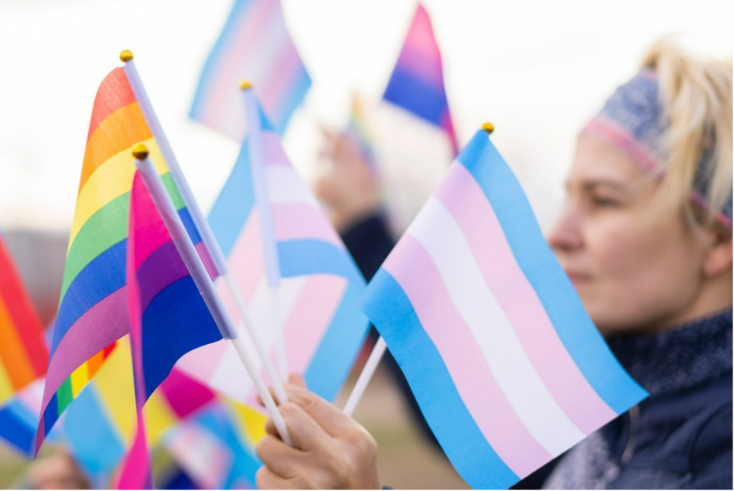 The Nielsen survey of 5,500 people from nine countries including the US, UK, Canada, Brazil, Mexico, France, Germany, Spain and Italy, revealed LGBTQ+ respondents are 10% more likely to see streaming content as “the most inclusive media platform” of their identity group compared to other media platforms or channels than non-LGBTQ+ identifying respondents.

Respondents who identified as part of the LGBTQ+ community were also 5% more likely to favour social media as more inclusive than non-LGBTQ+ people surveyed.

‘Momentum’ for LGBTQ+ inclusion in media is still needed

According to Nielsen’s annual 2022 LGBTQ+ Diverse Intelligence Series report Seeking Authenticity: A View of International LGBTQ+ Media Perceptions, an average of 69% of the global LGBTQ+ audience say they believe efforts are being made to improve inclusivity in media.

However, nearly a third (27%) believe the level of inclusion has not changed and a small percentage believe inclusion has declined in recent years.

Specifically, 6% of those surveyed in Canada and 5% in Brazil perceived a reduction in inclusion in media over the past two years.

According to Gracenote Global Video Data cited by Nielsen, there were more than 817,000 unique video titles across traditional TV and streaming services as of February 2022, with more than 1000 within the LGBTQ+ related genre.

Nielsen’s report found the premiere of new titles within this genre declined from 50 titles in 2020 to 36 titles in 2021.

This is while calls for inclusivity have built steadily over the years, with in and on-screen representation and thematic content in TV film increasing significantly over the last 20 years.

“As content becomes increasingly borderless, global inclusion and accurate portrayals of the LGBTQ+ community are critical and can have lasting impact,” said Sarah Kate Ellis, president and CEO the media advocacy organization GLAAD.

“Nielsen’s ground-breaking report not only provides insight into how the media industry can best engage with LGBTQ+ audiences in nine countries, but also a clear incentive to create more nuanced global narratives and to grow the diversity of LGBTQ+ talent both on-screen and behind-the-scenes.”

Brands should focus on all of the LGBTQ+ community

Nielsen’s survey found that more than one third of LGBTQ+ respondents were “comfortable” with LGBTQ+ specific campaigns.

In the report, the LGBTQ+ community called for more accurate, authentic and realistic portrayals of LGBTQ+ people in content and advertising, eschewing stereotypes, as “the best ways” to improve inclusivity.

“Our survey shows that the members of the LGBTQ+ community are ready to share their needs and lived experiences, so advertisers and media publishers can start a conversation, and build content that is true to the community,” she said.

The survey also found inclusion in media and advertising mostly focusses on gay and lesbian identities, which leaves many groups underrepresented.

In particular, 80% of transgender men and 69% of bisexuals and pansexuals believed advertising to be “very non-inclusive”.

Marty Davies, co-director of advocacy and activism at Outvertising,  a volunteer-run not-for-profit organisation that aims to make UK advertising and marketing completely LGBTQ+ inclusive, told The Media Leader: “It isn’t a surprise to me that the transgender and non-binary community in particular find advertising to be non-inclusive.”

They commented: “Much of the time the community is unrepresented in advertising and even when they are largely positive portrayals are much of the time focused through a prism of a cis-lensed fascination with transition. Or you find queer people are portrayed as one-dimensional entertainers or activists. To improve, brands must portray gender diverse individuals as whole human beings with multi-dimensional personalities, doing usual things, like drinking Guinness, licking our Kentucky Fried fingers and celebrating Christmas.”