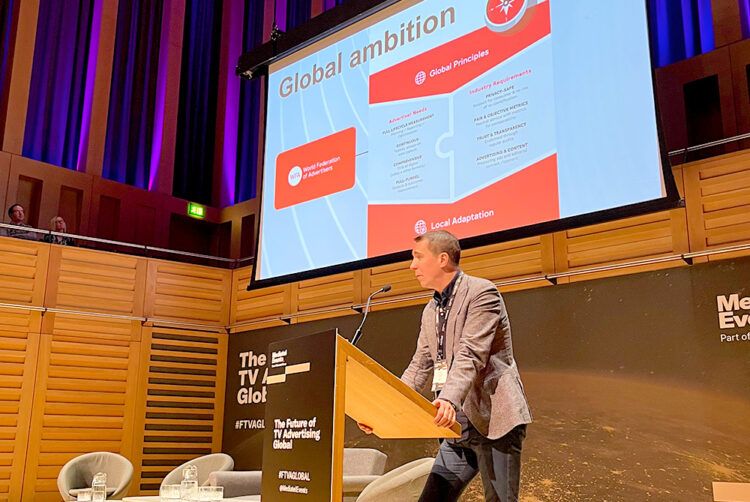 The ISBA Council has agreed that funding for the next stage of Origin’s development will come in part from a one-off increase to its members’ 2023 subscriptions.

The process to increase contributions to the cross-media measurement initiative has begun and all Origin members have been informed.

This funding from subscriptions is separate from ISBA’s proposed ad levy, with a second consultation looking at the quantum, mechanics and timings expected shortly.

ISBA’s initial industry-wide consultation on an ad levy of 0.1% on gross media spends earlier this year returned overall positive feedback apart from one unnamed TV broadcaster who called it a “tax on TV”.

Speaking at today’s Future of TV Advertising Global conference in London, Tom George, CEO of Origin, said an ad levy of 0.1% could raise up 30 to 40% of the cost of Origin on an ongoing basis, and that, on aggregate, the buy side would deliver 60% of revenues.

He added that platforms and publishers that are being measured will be expected to contribute to its costs but that there will be no charge for media owners whose data is provided via the audited measurement of a JIC.

George also told delegates that Origin was expected to add more media owners to its list of supports in due course and “poised to start testing in earnest” at the end of 2022 with the plan to fully launch a minimum viable product in Q3 2024.

On broadcaster involvement, George said: “I think most of you are aware that the broadcaster community is not participating in the development of Origin. They have raised five concerns and we’re in regular discussion with them about those five concerns. Their questions are legitimate. They range from the sensitivity of the methodology itself, to audit, to metrics to context and asymmetry of data access.” 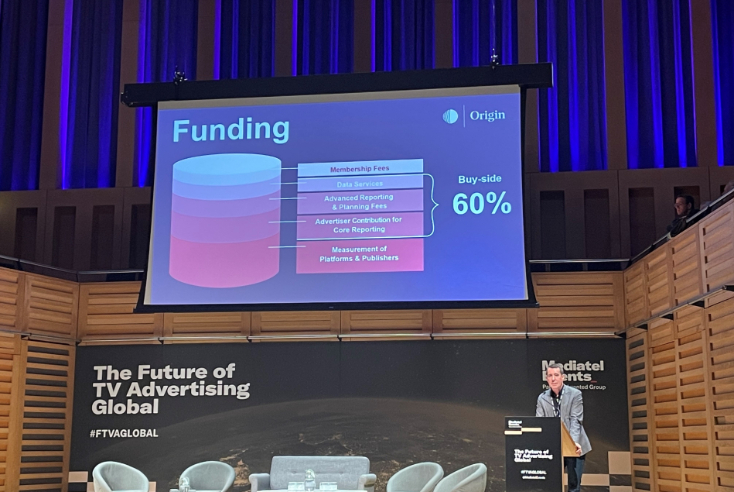 He said he believed the first three of the questions have been addressed, and the remaining two will be addressed over the course of Origin’s work.

George added: “We continue to maintain that active broadcaster engagement will benefit them, their advertising customers, and the industry at large, but ultimately, it’s clearly up to the broadcasters whether they wish to participate or not.”

He concluded his talk saying: “I strongly believe that Origin will satisfy advertiser, agency and media owner needs, that it will deliver a renaissance in media neutral planning, and last but not least, that it will change our industry for the better.”

The full list of Origin supporters is as follows: