Is ad fraud the biggest illegal activity on the planet? 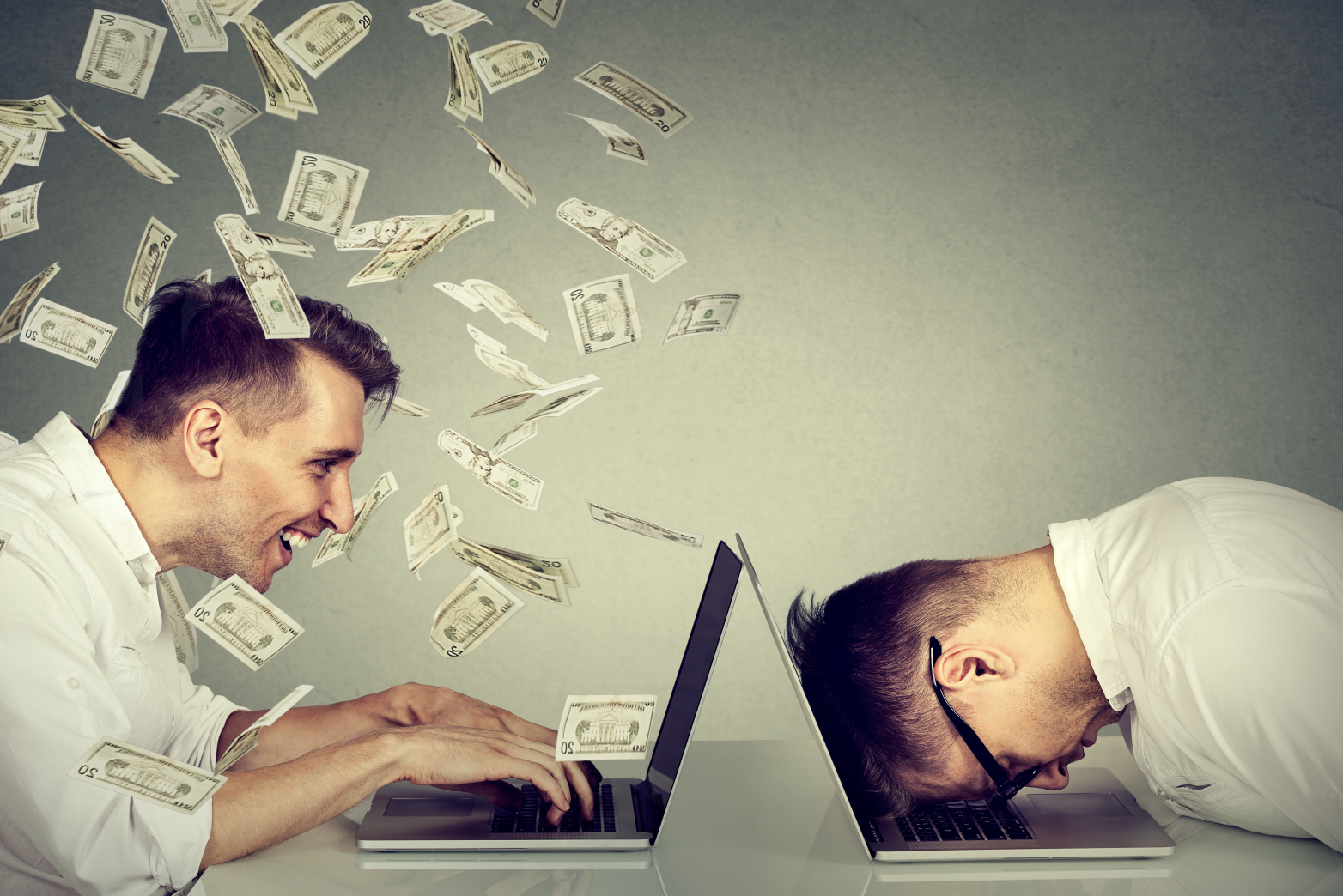 Ad fraud may now be the biggest illegal activity on the planet. Who’s funding it? Advertisers.

I wasn’t living it up in Cannes – again – though I was pleased to see that the torrent of selfies emerging was much more restrained this time. I’m always bemused by how shamelessly the few brag of their attendance to this “work event” to the many.  At least there was greater focus on the work this time.

But if I were an advertiser today (which thank The Lord I’m not, sir), I’d be pretty damn fretful, and I’m not sure steaming La Croisette would have helped.

It’s getting steadily harder – and more expensive – to reach any audience despite (or because of) the relentless proliferation of channels.

Online is now taking the lion’s share of all advertising money, and the five leading tech companies alone are now taking over 50% of it.

Not a day now passes without yet another story in the ‘responsible’ (i.e., regulated) media about abuses of privacy that result in bullying and worse, release of personal health records – and so on and so on.

And in the business media, evidence of fraud and questionable effectiveness surface as frequently, which has now spread to streaming.

Not just persisting, but mushrooming

Ad fraud may now be the biggest illegal activity on the planet. Who’s funding it? Advertisers. And not just the “disreputable” ones – there aren’t enough of them to account for this.

This has always mystified me, but never more than today and it seems to be worsening.

It could once have been put down to ignorance of a market whose sheer pace made it hard to keep up with.  But the stakes are now so high that scrutiny is a fundamental necessity.

The most plausible explanation I’ve seen – which I would have hitherto considered ridiculous as it evidences near-universal corporate incompetence – goes like this:

Many of my admittedly old-school advertiser friends privately agree and bow their heads (which they’re keeping down) in horror and shame.

Brian Jacobs helpfully explains that we were once used to not being able to attribute results to advertising activity (except sometimes in direct marketing). Thus the obvious appeal of the internet – targetable, attributable, bingo.

But we bought into this promise while carrying the lack of attribution expectation over. The fakers and fraudsters figured this and created a whole world of delusion, unfathomable to most.

As we did first in TV media auditing and then by believing the promise of online, we also measured ourselves into a corner.

Brian also argues strongly for the re-ascendency of planning. I think he’s right, but sadly not right enough to overturn the scale of the tech problem.

The Media Leader‘s editor Omar Oakes’ piece last month echoes my thoughts. He rightly pointed out that when you make money out of buying stuff – not necessarily what you buy – planning goes out of the window.

With major agencies and platforms servicing advertiser procurements’ continuing appetite for buying muscle and clicks, this not only persists but mushrooms.

Only clients can stop it but they’re neither willing nor encouraged to, so the shitshow rolls on, gathering momentum. As Google and Facebook have shown, critical mass and “network effects” are fabulously lucrative.

I can’t figure the passivity of the intermediaries in this either. There’s obviously no money in it…

And now a right old barney has blown up in the States, roping in the advertisers’ trade body as part of the problem! 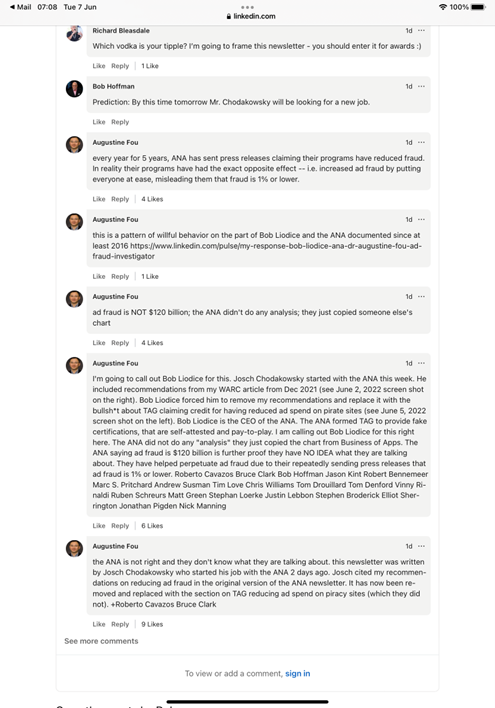 Meanwhile, in the face of declining reach and margins off- and online, agencies encourage their clients into more and more spaces where they can have more fun, earn more fees and face less accountability. Welcome to the rise of “experiential”…. No agency considers itself credible these days without an experience arm.

When we do acquire all this ‘space’ we fill it with poor, annoying ads delivered at much more annoying frequency. So much for targeting, relevance, empathy, and “frequency capping”.