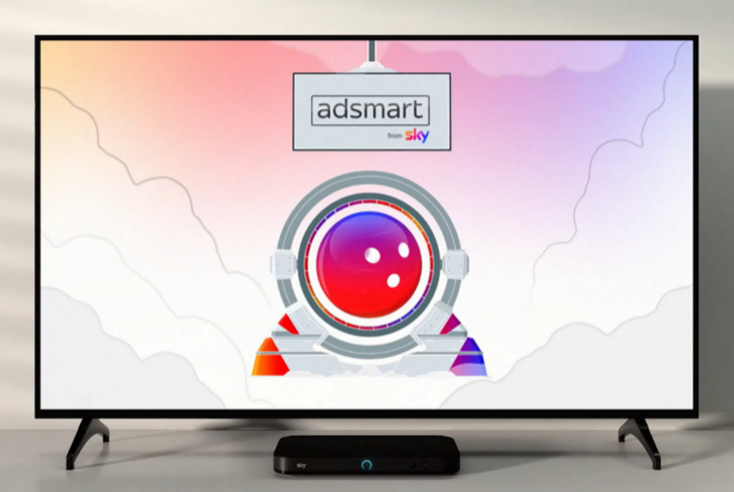 While visitors to the upfronts were told that linear audiences are set to decline in five years by 6%, much of the presentation to media buyers and industry analysts focused on product updates for the growing streaming and on-demand audiences.

For example, Hutcheson said this tool would enable travel brands to target consumers watching Sky who have previously searched for travel destinations online.

AdSmart was first launched eight years ago and since then has been used in 30,000 campaigns and has two new to TV brands join every day, Hutcheson said.

Citing a 2020 study, Hutcheson said there was a 48% reduction in channel switching, a 49% increase in brand recall and 35% increase in ad engagement when using Sky AdSmart, which he claimed still holds true today.

Dan Cohen, head of product and innovation at Sky Media, said “the next big development” for the business would be self-serve digital inventory. This is set to launch on an unspecified date early next year and will be added to the current linear and on demand inventory available through Sky Media.

Patrick Behar, Sky Media’s chief business officer, also highlighted the “soft” launch of Sky Stream last month as an innovation with an above-the-line marketing campaign slated for February. The subscription product allows viewers to easily switch between streaming services on any TV. He said this was “a great product” in a cost-of-living crisis and 84 out of every 100 sales were “prospect” or ‘new to Sky’ customers.

Looking forward to 2027, Cartwright anticipating “some linear decline” of 6% by 2027, but this would be countered with “really significant growth” in on-demand, digital and streaming, with their respective share of viewing growing by 7%, 33% and 140%.

On the streaming side, she pointed to more people engaging with Sky Stream and Paramount’s free streaming service Pluto TV over the next five years.

Within this, Cartwright highlighted Sky News and Sky Sports viewing was 99% to 100% live, while Sky Atlantic and Sky Max she says viewers “flip” to on-demand, with 25% viewing live and the rest on-demand and streaming.