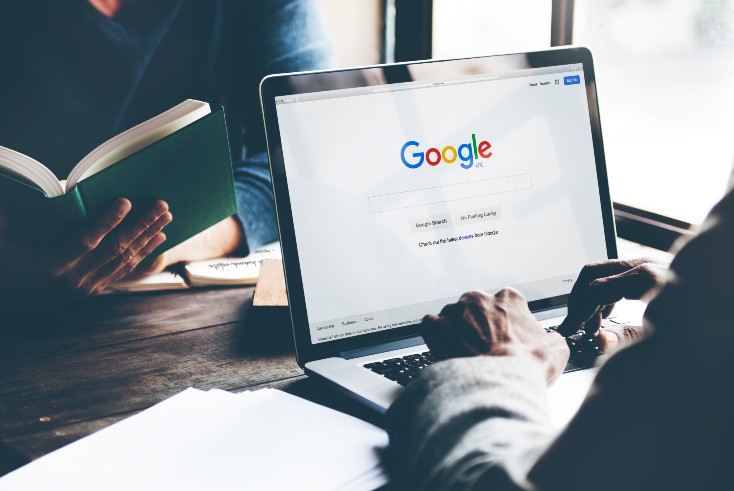 Google has launched a $15m digital and print ad campaign placed exclusively with US local news media as part of a broader attempt to reinvigorate struggling local news outlets.

The campaign directly supports publishers through the purchase of ad space in their newspapers and websites while also highlighting Google’s “work with local publishers across the country”.

Google has been accused by critics of contributing to the demise of the increasingly delicate local news ecosystem.

The tech company announced the campaign on Tuesday, the same day it hosted more than 100 local news leaders at its annual Community News Summit in Chicago. The program featured workshops on Google products and tools, and discussions of best practices on topics of search, sustainability, and local news consumer behavior.

Google has this year sought to better elevate local news, which is struggling mightily across the US. A June analysis by Northwestern University’s Medill School of Journalism found that the US is losing two newspapers per week, with the survivors drastically cutting back on staff and circulation.

That same month, Google announced a redesigned and more customizable Google News to “help people dive deeper into important stories and more easily find local news from around the world”. 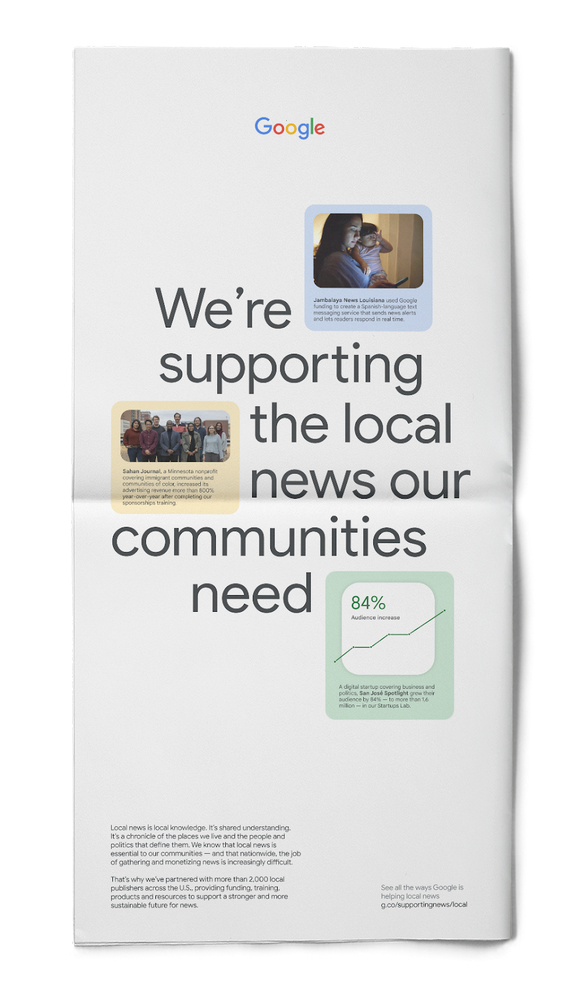 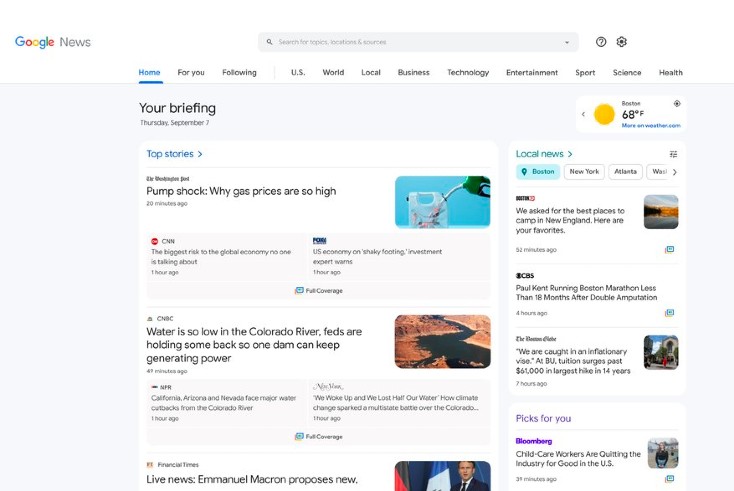 Google also said it has improved its systems “so authoritative local news sources appear more often alongside national publications, when relevant, in our general news features such as Top Stories”.

Some news outlets have renewed their efforts to reinvigorate local news this year. Digital publisher Axios, which was recently purchased by Cox Enterprises, has been investing heavily in building out local newsrooms across the country. Currently, Axios Local operates in 24 markets and is seeking expansion. Nicholas Johnston, Axios’s publisher, has stated he is about to “do a lot of local hiring”.

Hi, if you’re a local journalist looking for work, or think you might be soon… email in bio. I’m about to do a lot of local hiring