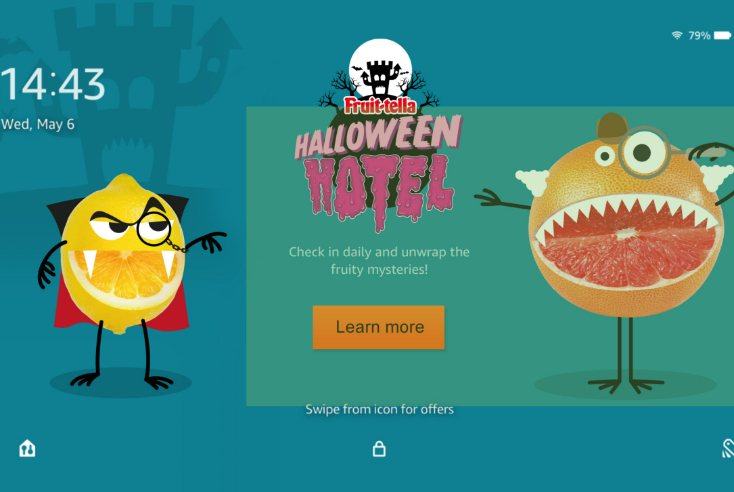 Perfetti Van Melle’s Fruittella, the confectionary brand, has launched an interactive audio campaign in preparation for its peak season of Halloween.

The “Halloween Hotel” campaign started early on 6 September and is based on an Amazon Alexa voice-controlled game offering a daily countdown of content until 31 October.

A spokesperson for Fruittella said that the brand wanted to extend the Halloween season, more similar to Christmas, so it aligns with after kids go back to school and getting excited for the festive season ahead.

Each day smart speaker users will be invited back to “the Hotel” to open a new door with their voice to reveal tricks, scary stories, interactive games, jokes and special prizes.

The Amazon Alexa skill itself was built by conversational AI agency Voxly Digital.

In addition there will be activations on social media, podcasts, video, and display. The campaign will be promoted across Fruittella’s owned social channels by McCann while the “Halloween Hotel” will be broadcast to parents across the UK by a special collaboration with made by Mammas: The Podcast supported by communications agency, Mercieca.

During the week of 19 September, hosts of the podcast, Zoe Hardman and Georgia Dayton, will explore the interactive Halloween calendar and share Instagram reels of them playing the Amazon Alexa game at home.

GroupM’s influencer and content marketing solution, INCA, was also involved in the campaign making Fruittella the first UK brand to trial an influencer-focussed partnership. It will include a host of influencer content across Amazon platforms to drive store visits and sales.