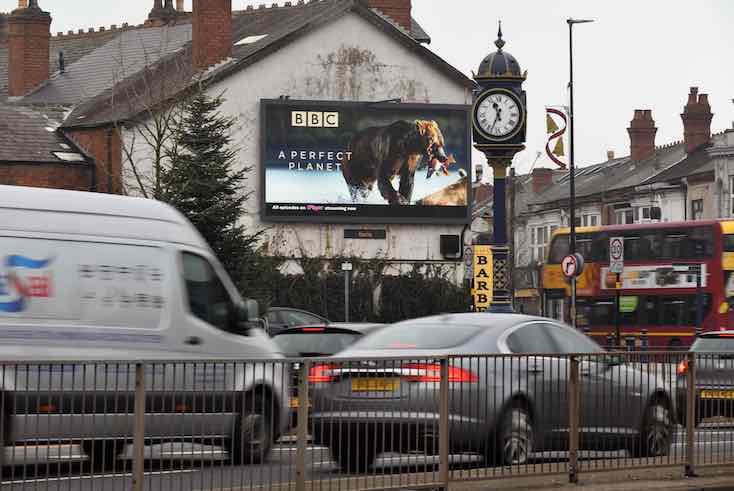 Alight Media, the out-of-home advertising company co-founded by former Clear Channel boss Matthew Dearden, has acquired fellow start-up, Foris Outdoor as it aims to accelerate its expansion of digital screens in the UK.

The Foris brand is set to disappear as Alight Media plans to fully integrate the business – just months after the nascent company had begun a roll-out of 48-sheet screens that was due to expand over three years.

Alight Media said the move will enable it to add “hundreds” of digital billboards more quickly to its portfolio – starting with an immediate addition of 30 – that will enable it to become the UK’s number-one owner of very large 48-sheet screens.

It has inventory at 1,500 sites and wants to bring to light “previously overlooked” areas so advertisers can reach a wider outdoor media audience.

Cennydd Roberts, formerly the chief executive of the now-defunct 8 Outdoor Media co-founded Foris in 2019. He is also a director of Wildstone Capital, which specialises in the purchase of freehold and long-term leasehold billboard sites.

As a result of the deal, Alight Media will begin partnering with Wildstone to develop the bigger portfolio.

As for Roberts, a spokeswoman for Alight Media told Mediatel News, the company has “great respect for the Foris team, including Cennydd, and is looking forward to discussing potential new roles with them”.

Foris comprises three people, all of whom are in discussions over new roles, she added.

Dearden, chief executive of Alight Media, added: “When we launched three years ago, we knew the market was ready for a new player. Despite all the challenges of the last year we are continuing to invest in an ambitious growth plan.

“We are committed to bringing the best of outdoor to advertisers. We’re adding scale that delivers unique audiences in key locations, while bringing fantastic people and new tech capabilities on-board to ensure we add value for advertisers and agencies as we all step out into the world again.”