British Invasion: how The Sun’s US launch required adaptability 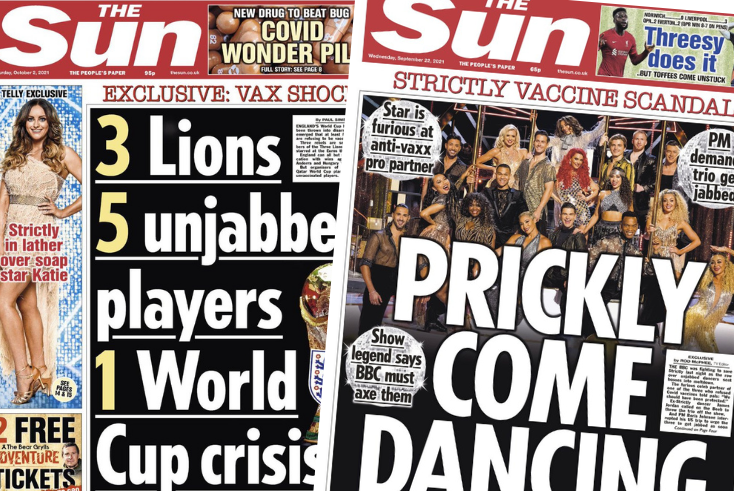 In the second part of a series on UK newsbrands launching in the US, The US Sun’s editor-in-chief and director of digital discuss takeaways from its 2020 launch.

When The Sun launched The US Sun on 8 January, 2020, no one on the team had yet predicted that in a matter of weeks, the global economy would shut down.

“Our strategy initially […] was quite impacted by Covid,” says Will Payne, The Sun‘s director of digital. “There were lots of best-made plans that went out the window a little bit.”

Speaking to The Media Leader from News Corp’s office in midtown Manhattan, Payne and US editor-in-chief Natalie Evans admit that, despite the challenging timing of the launch, The US Sun has found success in the American market primarily through the editorial team’s ability to adapt.

“We always had an aspiration to be big on entertainment, to be big on lifestyle, be big on specialisms like consumer content, tech, etc. That was always our aspiration, but you do have to test and learn a bit and so whilst we had a clear strategic plan, you have to be quite adaptable,” says Payne.

‘We have to be quite clever’

Payne and Evans reflect that initially, in 2020, The US Sun tried to compete in the space of political news as well as entertainment and lifestyle. Between the pandemic, Trump administration scandals, and the murder of George Floyd sparking worldwide protests, the opportunity to contribute to the discussion seemed too great to ignore. 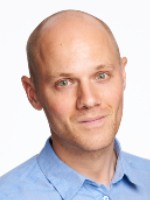 But, says Payne (pictured, right), putting resources towards covering politics was a challenging place to start for a new US brand.

“Quite quickly [we] realised that that’s a very competitive space and there’s lots of very established brands out there already doing that very well. So whilst we were always covering what was required to be a publication of record, and to make sure that we were a place where people could come for contemporaneous news, we quickly realised that actually our base was probably in areas slightly peripheral to that really one-dimensional news agenda, and to go after those slightly niche areas that we’ve done to great success.”

The ability to be nimble is important for digital newsbrands like The US Sun, which retains a large proportion of traffic through third-party referrals like Facebook and Google, which often change their algorithms.

British Invasion: why 2023 is the right time for Reach’s US launch

Evans explains that, because The US Sun was created under a unique URL (The-Sun.com, which is unique to the British version, TheSun.co.uk) as opposed to, for example, British competitor the Daily Mail, which publishes US content under DailyMail.com, the US publication effectively had to start from scratch when attempting to build its Google domain authority.

That had an effect on editorial strategy, pushing Evans to develop a team of reporters that would look to break exclusives, especially as the tabloid sought to strengthen its focus on entertainment and lifestyle.

As Evans explains: “There’s absolutely no point in us trying to aggregate. If you’ve got a story, but it’s already been done by the Mail or the [New York] Post or Vox or something like that, they’re bigger entities. They’ve got bigger domain authority. They’re going to be shown in your top stories.

“So we have to be quite clever about the way that we go in to cover these things. We will always try to find an adjacent line somewhere where there’s a less saturated way into something.”

Evans, who previously worked as assistant editor at DailyMail.com and US editor for Reach tabloid the Daily Mirror, notes that she wants to be sure The US Sun stands out from potential competitors, such as the New York Post and Daily Mail, by trying to cover beats “in a way that doesn’t necessarily throw our Britishness down people’s throats.”

Payne adds: “We wanted it to feel like an American publication with a British tabloid style.”

‘It takes that initial investment’

As aforementioned, much of the reason for the expansion to the US market was motivated not only by wanting to tap into its larger audience, but also its mature programmatic market. Payne says The US Sun‘s programmatic business is “pretty much the primary revenue source” and that the outlet is “exceeding our budgeted targets.”

But, he adds, it has not been easy.

“I think when you look at competitors coming out here, probably looking at our success and thinking We want to do the equivalent […] we are very fortunate whereby we are backed by a big company, and it takes that initial investment.”

Payne says The US Sun initially operated at a loss for parent company News Corp, but that so far the programmatic business model has been proven to be a success and the publication is now profitable. For Payne’s part, his policy has been to pursue incremental growth by returning to News Corp with strong cases for additional investment as time has gone on.

But, he warns, the digital space is arduous.

“Anybody that comes into the digital space and says they know exactly what’s going to work, I don’t believe they’re telling you the truth.”

‘We want to be known for the right reasons’

In the UK, The Sun has not been afraid of controversy. In the 1980s, the tabloid gained a reputation for printing malicious coverage of the Labour Party, while scandals such as the publication’s coverage of the 1989 Hillsborough disaster has led to continued distrust of the brand, particularly in and around Liverpool.

The US publication, however, provides The Sun with a blank slate. As Evans says, until recently, Americans “didn’t know who the Sun was.”

“There’s no kind of stereotypes or preconceptions; obviously there’s a wider idea that British tabloids can maybe be a bit grittier, but I think the way that we’ve been received out here is really positive,” she adds.

Given the relative unfamiliarity with The Sun in the US ahead of its launch in 2020, Evans and Payne say they are taking the issue of trust seriously. 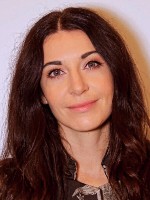 Though the team at The US Sun is young—Evans (pictured, left) admits they often hire journalists straight out of university—reporters go through “rigorous training” on how to break news responsibly, learning how to make sure stories are “buttoned up”, factually correct and “double-sourced”.

Payne adds that on a practical level, it’s important for newsbrands to ensure a degree of accountability for its staff, such as by making sure journalists have author’s pages, biographies, and are contactable.

“We’re a new brand out here, and if you’re a new brand, you can fall afoul of things quite quickly if you’re not careful,” he adds. “And we would never compromise our respectability and our reputation for quick hits. It’s counterintuitive, counterproductive […] You might get the traffic in the short term, but in the long-term, you’ve got no future.”